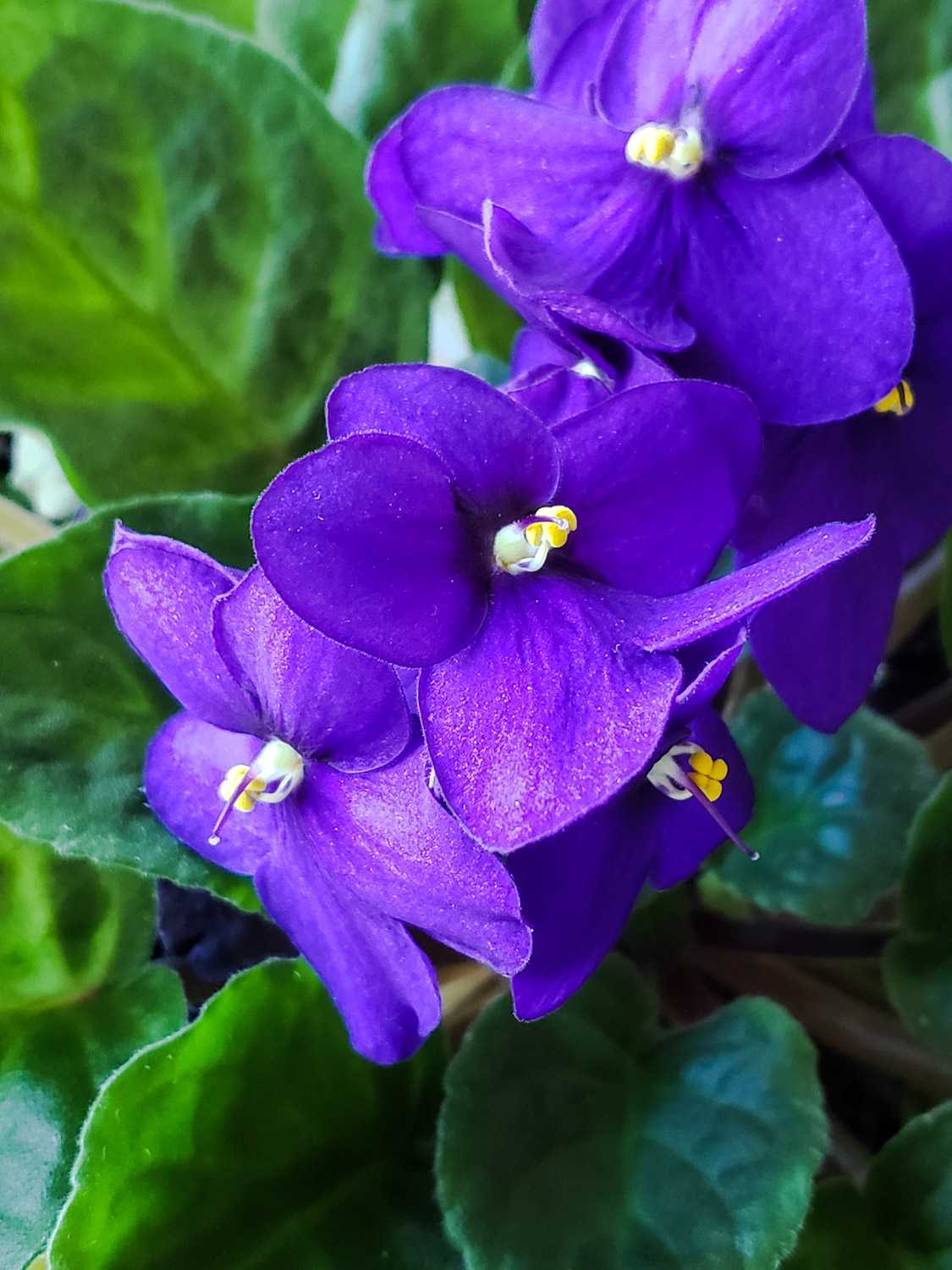 We had a couple of great rounds of disc golf today. I thought I was playing well but lost on both rounds to my son who had a personal best score on the second round at a -7. I had a -2 on the round.

We played with a couple of friends on the second round. They joined up with us when they saw we were out playing.

I managed to birdie hole eleven for the first time today. I've been getting much better at hyzer flipping the Beast disc under a low tree branch on a right hand backhand throw. My friend was watching me and tried the throw with a Tern disc the same way but he threw it a bit too high and it almost faded into the river. Luckily we found it on the riverbank in a reasonably good spot. The right hand forehand is generally a safer throw on the hole but I don't have the power to get it close to the basket.

I found out my PDGA rating today and it came out as 827. I can't play in the purple division anymore but that's fine.

The African violet as it looked today:

These plants seem to grow nicely and flower a lot.

You have been rewarded 65.6125 AFIT tokens for your effort in reaching 13799 activity, as well as your user rank and report quality!
You also received a 1.35% upvote via @actifit account.