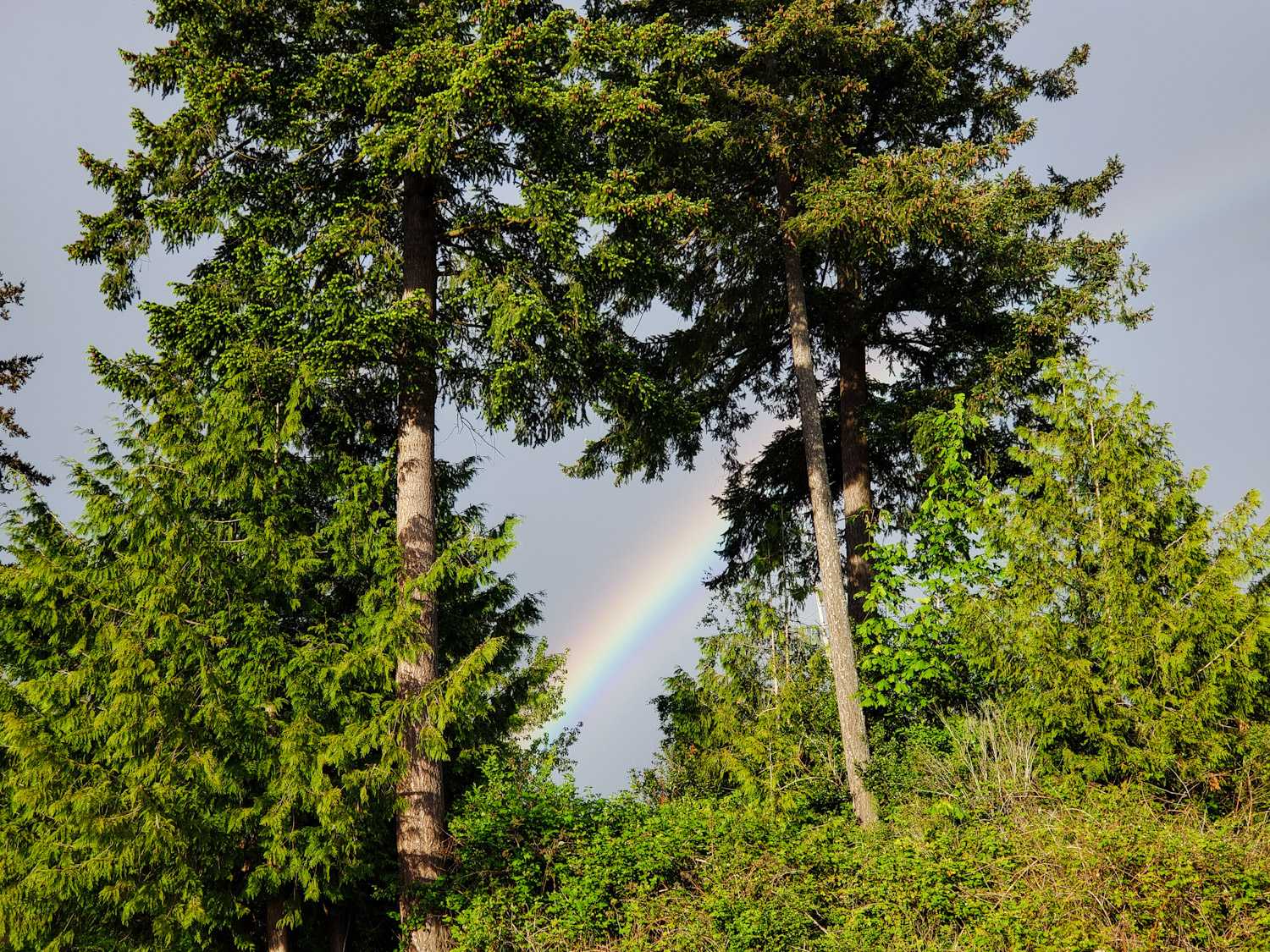 My son and I played an eighteen hole disc golf round this morning. It was really windy and I stuck to my plan of throwing mostly fairway drivers. It was working out alright but I made a few bad throws and had some missed putts because of the wind.

My son was struggling more than I was. I finished the round with a +4 score and he had a +8 score. Usually when we play there is not as big of spread between the scores and he generally wins.

Another view of the rainbow taken from a few days ago:

A golden yellow snail that I saw in my yard that day:

Today, while out walking Doggie, I saw another group of rather unusual looking snails. I watched them in morbid fascination and had to take a picture.

WARNING! the image is not for the faint of heart and perhaps best not viewed during dinner.

What in earth were the snails doing? I wondered. They looked to be teenage snails. Not the really young ones but not the older snails with the big shells.

Dare you to scroll any further?

Well that wasn't so bad was it? LOL.

Hopefully you won't have nightmares about teenage snails rooming the neighborhood looking for hapless victims.

Maybe the potions the neighbor has been spraying on the weeds are causing some odd snail behaviour? Maybe they were thristy? Maybe meats back on the menu?

Perhaps the worm was not mortally wounded and the saintly snails were all trying to revive it with some odd snail procedure. (Note to self - must sign DNR documentation before I look as bad as that worm, LOL.)

You have been rewarded 84.7816 AFIT tokens for your effort in reaching 10079 activity, as well as your user rank and report quality!
You also received a 25.49% upvote via @actifit account. 25.00% of this upvote value is a result of an exchange transaction you performed for 200 AFIT tokens !
The following boosts were applied to your post: