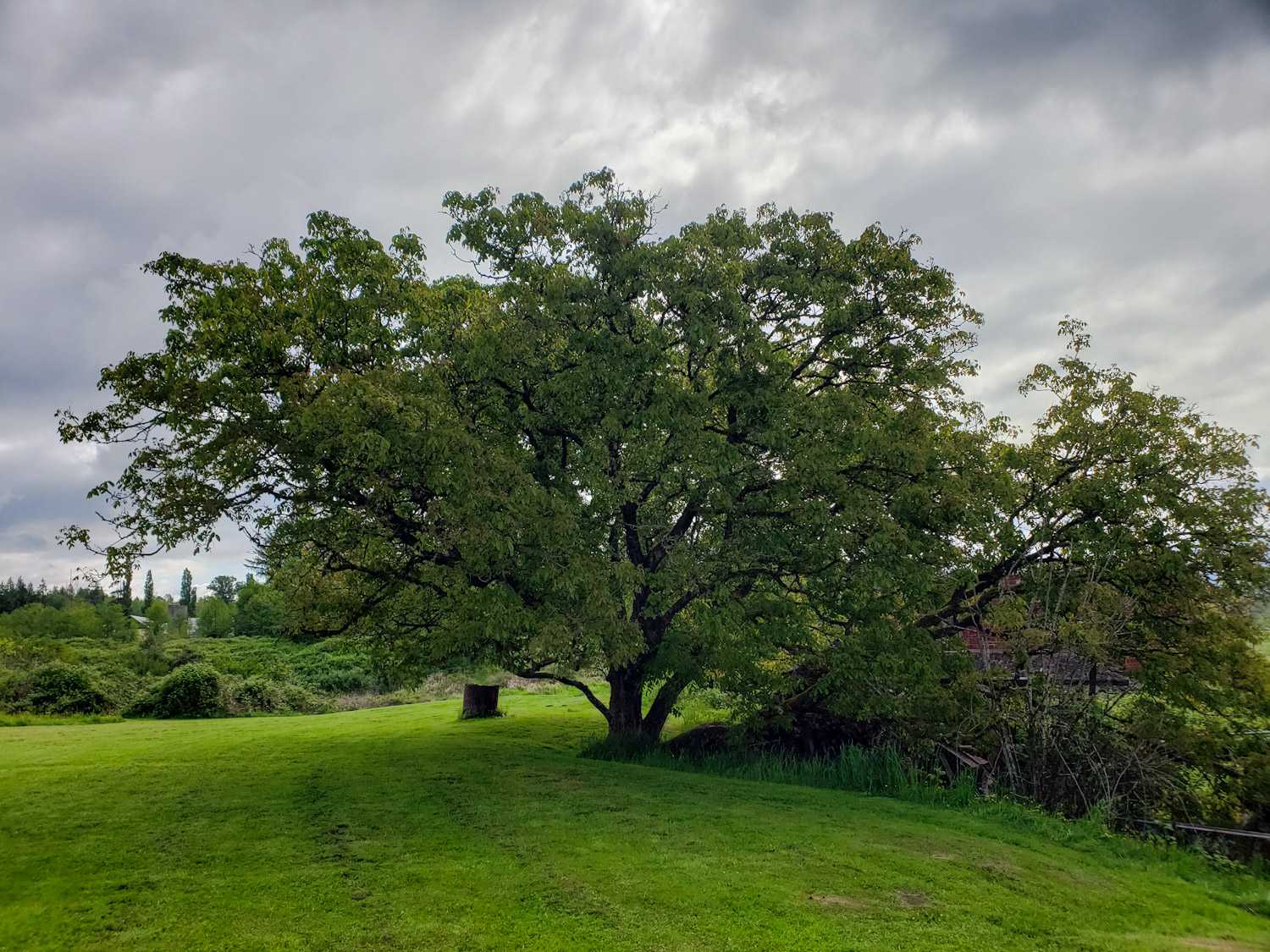 My son and I started playing on a difficult eighteen hole disc golf course. It had just been mowed in preparation for a small tournament that will be played soon. I started out doing very well but somebody else was struggling a lot.

My son ended up losing two discs and almost lost a third but I found it after a lengthy search. After spending so much time looking for discs we were both pretty tired out and quit playing after five holes.

I was scoring at a +1 for the five holes, which is really good for me considering that I played around a +25 for the course last time. I had some serious issues that time though and I usually don't do that badly on the course.

This time of year there is so much plant growth all over in the rough that if you get off the fairway you can very quickly get in trouble. Tall grass and dense bramble bushes do a wonderful job at hiding a disc.

In some ways I have an advantage because I can't throw as far. It seems like just a little bit of an error will translate to a bigger difference the farther out you can throw the disc.

This tree is a mandatory marker on the third hole of the disc golf course:

The discs must pass to the left of the tree as you are seeing it in the above photo. This is in part to prevent discs from landing in this abandoned building as it is pictured here:

(This photo was taken from the same location but panning to the right from the view of the tree to get a better view of the building.)

This used to be the canning facility for the old State Mental Hospital.

We did manage to find someone's disc and get it back to him today. That was nice. Hopefully my son will get his back someday. A surprising number of them eventually find there way back to you.

You have been rewarded 74.8125 AFIT tokens for your effort in reaching 10168 activity, as well as your user rank and report quality!
You also received a 25.45% upvote via @actifit account. 25.00% of this upvote value is a result of an exchange transaction you performed for 200 AFIT tokens !