Nobody mentions, but Magnus Carlsen was one of the winners of Corona theater – he stays the World Chess Champion until it is decided who will be a challenger. And last year, FIDE Candidates tournament was split in a half for ‘health’ reasons. Today is the day of continuation…

The FIDE Candidates tournament 2020 resumes on April 19th 2021, in the Russian city of Yekaterinburg. If you haven’t heard for it yet, it’s an eight player, double round-robin system, which means each player plays all other players as white and as black. So, (I don’t mean Wesley) despite Maxime Vachier-Lagrave and Ian Nepomniachtchi are in the lead, we are still far from the decision:

And now the nice surprise from chess24.com – Magnus Carlsen will be one of the commentators of this tournament!

He will have help from GM David Howell and IM Tania Sachdev to commentate on the second half of the 8-player event that decides his next World Championship Challenger! 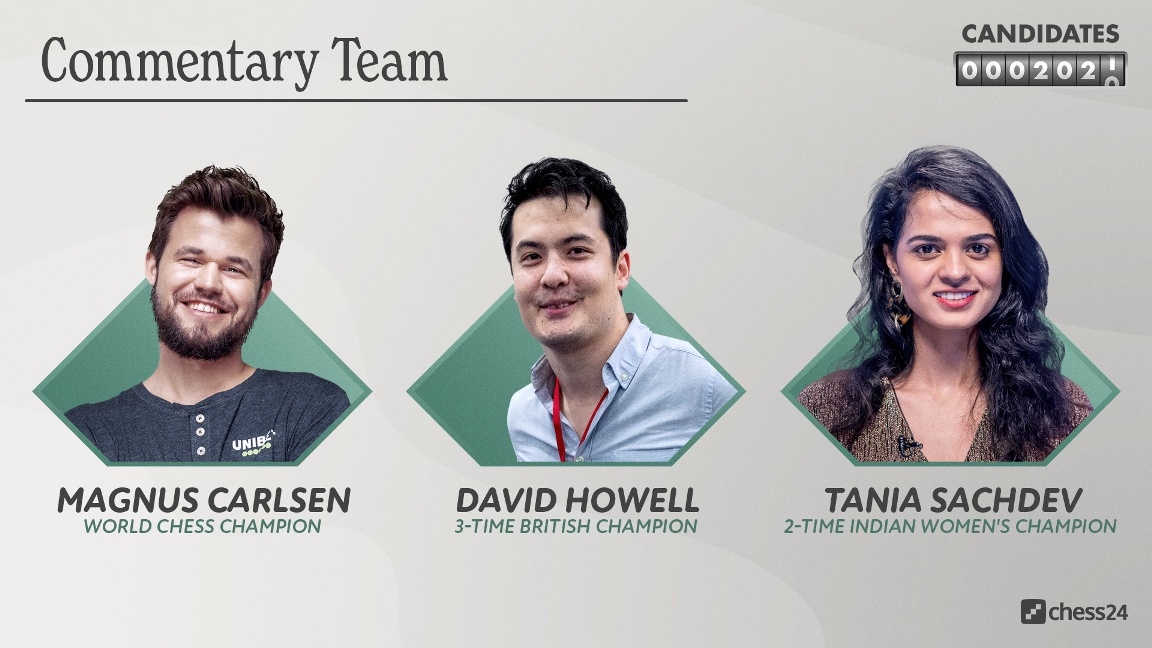 The matches will be played with the FIDE Championship chess set designed by Daniel Weil. Yes, we will have a presentation of the set in my series on Chess Set design.

Oh, Jeff Bezos has the best stream so far:

Gambit of Othello, the Moore of Venice!

Check out ABRA and easily invest in 28 cryptocurrencies or BIT10, an index of the top cryptos. Use this link to sign up and get $25 in free bitcoin after your first Bank/Amex deposit, or 1.5% cash back when you exchange cryptos
https://proxy.duckduckgo.com/ip3/bitcoin.org.ico: 1GZQG69sEKiMXKgGw9TcGcUCBoC4sC1ZYp
chesssportsgamingcandidatesocdneoxianteamserbia