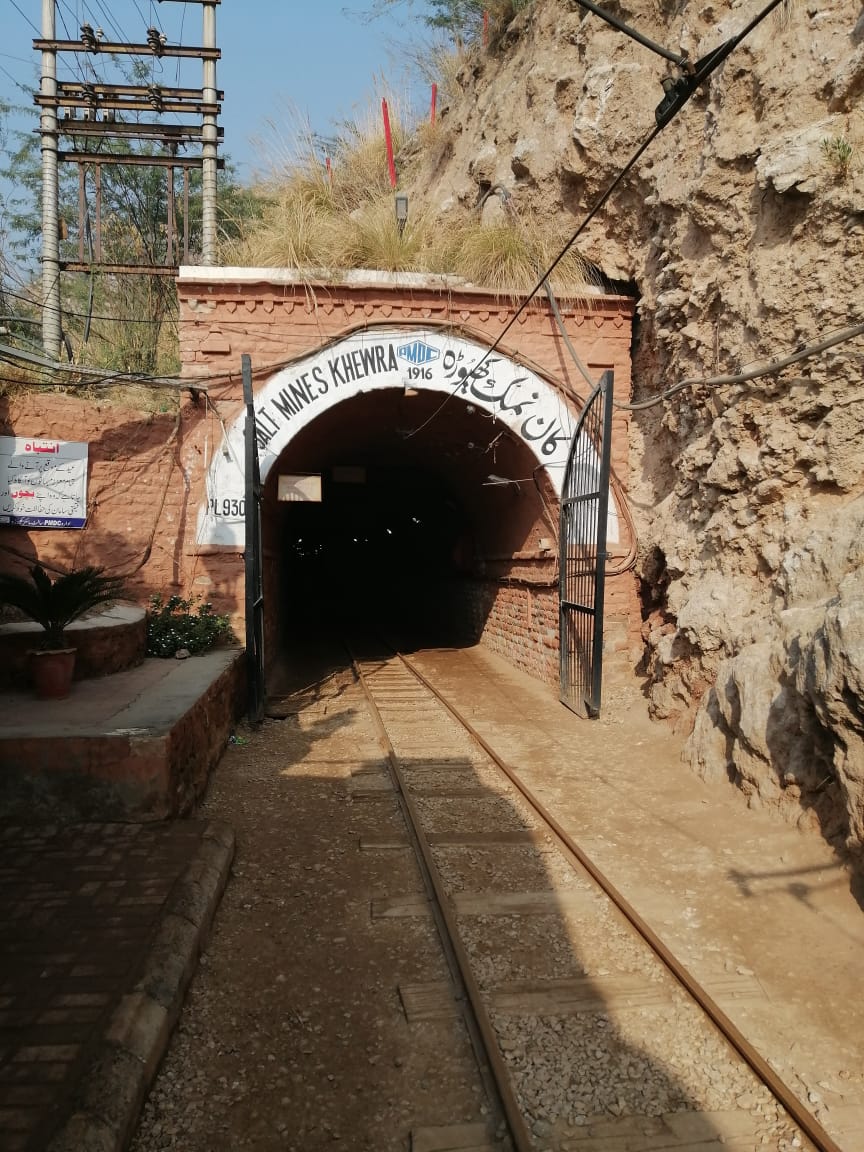 The Khewra Salt Mine is located in Khewra, north of Pind Dadan Khan, Jhelum Pakistan. The mine is located in the Salt Range an outer range of the Himalaya Mountains. It is Pakistan's largest and world's 2nd largest Salt Mine.The mine is famous for its production of pink Himalayan salt. Most of the pink salt used in the world is from Khewra salt mine.

In 326 BC, Alexander the Great was making his way across Pakistan. Stopping his army for a rest in the area now known as Khewra, Alexander’s horse began licking the stones on the ground. A soldier himself tried one and found that the rocks were quite salty. The Khewra salt deposits had been discovered. Khewra Salt Mine still remains the largest source of salt in the country.

Khewra Salt Mine is a major tourist attraction with around 250,000 visitors a year. Visitors are taken into the mine by an electric train. Train track is nearly 2 km long and walking path is also available for pedestrians alongside train track. This train ride ends at chandani chowk where the main hall is situated. A tour guide is also present and tells the history and latest work progress inside salt mine.

There are numerous pools of salty water inside. The Badshahi Mosque was built with multi-coloured salt bricks about fifty years ago. Other artistic carvings in the mine include a replica of Minar-e-Pakistan and chaghi mountain. There are different tunnels to explore the beauty of salt mine.

A clinical ward with 20 beds was established in 2007 for the treatment of asthma and other respiratory diseases using salt therapy.

Other places for visitor's attraction in the mine include the 75-meter-high Assembly Hall, a salt bridge with no pillars over a 25-meters-deep pond, Sheesh Mahal (Palace of Mirrors) where salt crystals are light pink.

You can also purchase unique souvenirs made of salt including table lamps, vases and other decoration pieces from Khewra salt mine. These are all sold at different Prices according to the effort given to each and every product.

Thanks for Reading, Voting and the Support.

Awesome post! So awesome we gave it a 100% upvote and a resteem. Follow us for a better chance of being resteemed again. - @theresteemer5000

Hiya, @lizanomadsoul here, just swinging by to let you know that this post made into our Honorable Mentions in [Daily Travel Digest #718](https://goldvoice.club/steem/@steemitworldmap/travel-digest-718).

Your post has been manually curated by the @steemitworldmap team to support your work. If you like what we're doing, please drop by to check out all the rest of today's great posts and consider supporting us so we can keep the project going!