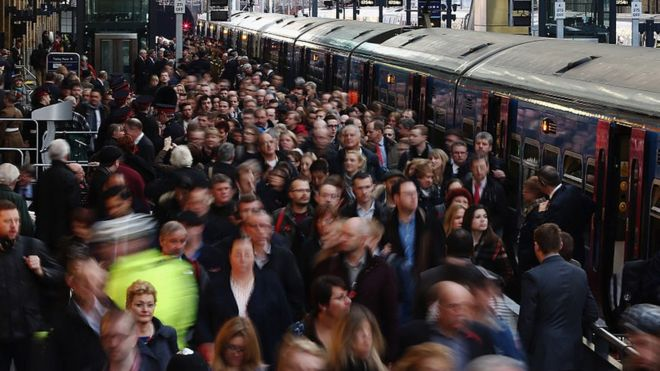 So here we have it, the annual rail fare hikes that we've seen rise by 36% since 2010. Supposedly, 98p of every pound spent on tickets is invested back into the network. I don't know about you, but the last time I had the harrowing experience of riding a train in the UK, I honestly don't know where all that money went.

"Money from fares underpin the improvements to the railway"

"More seats, extra services and better connections across the country"

Not really sure that's quite the full truth, if anything, the disruptions blamed on the unions have happened much more frequently and there is very little evidence of extra services or more seats.

What is mostly to blame is the decision to privatise the Rail Network. In other countries, particularly in Europe, the rail network is subsidised by tax payers. In the UK, it is the least subsidised and also least competitive.

Private rail companies make bids to to operate services. This process is costly and unnecessary. In-fact, the UK is the only country to run it's railways this way.

With lack of competition, there is no competitive market to drive down prices for consumers. What's worse, the lack of competition means there is almost no choice among commuters should their train service be delayed or cancelled. There is simply no alternative provider.

Prices of rail travel have gone up by so much, that you would have had to more than double your income since 2010 to make up for the extra cost. Sure, the prices have been held below RPI, but facts and figures speak volumes.