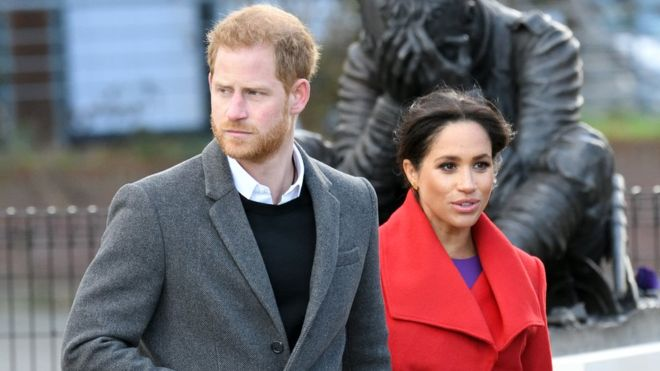 Don't be fooled! This phase of Megxit is just another stage in the plot to have their son become president and king simultaneously. They may no longer have "royal titles." But baby Archie is still in the line of royal succession, just like before. Since he can now grow up in North America, he will have an American accent (or at least a Canadian one, which is not much different) and seem independent of the UK, even if he really isn't. Plus, he and his parents can now devote themselves full-time to promoting his political career in the US, without the distraction of annoying royal duties in the UK.

That will make it all the easier for him to get elected president, then become King (thanks to well-timed abdications by those in line ahead of him) and sign a treaty with himself bringing the US back under British rule. All of this is going according to the plan long ago laid out by the rulers of Perfidious Albion. They are playing us for suckers!

On a serious note, you can't expect to have the cake and eat it. As celebrities with net worth's over $40 million, repaying the 2.4 million tax payer pounds for the refurbishment of their now seemingly redundant Frogmore Cottage home should not be anything less than expected.

Finding ways to have financial independence from the UK Taxpayer is not a complex matter. It is what literally, millions and millions of people struggle with, day in day out. Whatever their new roles, absent their royal lineage, they will undoubtedly be just fine, but the saga serves as a wake up call to the dynastic plumage and the dying ideology of plutocracy.