The Epstein Affair summarized in 1 article, 1 video, and 1 word: Mossad 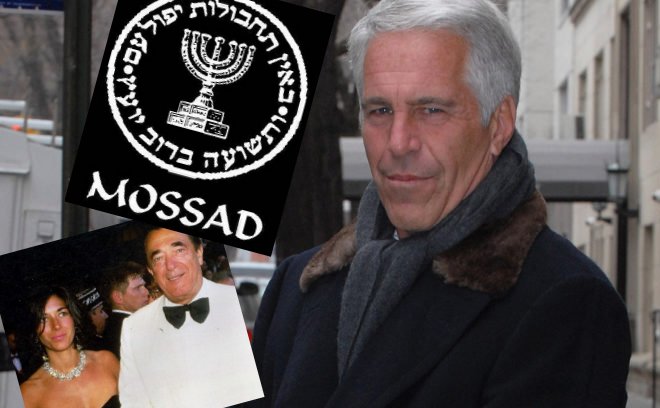 A lot of ink has been dripped over the past few weeks regarding the Epstein Affair. As tons of information come out, it becomes harder to put a lot of the pieces of this pedophile puzzle together.

But 1 article and 1 video in particular have, at least in my view and overall assessment of this affair, summarized things rather succinctly with the most salient, irrefutable, facts that speak volumes.

From these, we can logically infer that Mossad, the clandestine Israeli Intelligence/Spying/Covert Operations Agency has its fingerprints all over the Epstein Brownstoning Operation.

Of course, it is impossible to completely be sure of this. But given the fact that Mossad agents and operations are extremely well planned and covertly executed (as they have been doing for decades), it would certainly not be surprising to say the least.

Their connection to the tragic events that occurred on 9/11 are still largely in question, even though the mainstream media refuses to investigate any of the matter as it pertains to Israeli involvement.

Moreover, the Israeli Lobby in the United States is extremely strong given the near complete subservience of the majority of traitorous members of Congress who almost always vote in favor of any pro-Israeli policy - especially ones related to war efforts in the Middle East which support their cause of the Greater Israel Plan.

As Epstein has been refused bail and this case is now set to go to trial, expect a lot more leaks to come out. This can prove not only damaging for the usual suspects - Slick Willy Clinton, Kevin Spacey, Ehud Barak (former Prime Minister of Israel), et al. - but also for Mossad and the state of Israel as well.

So before this happens, I wouldn't surprise me in the least bit if Epstein ends up arkancided (i.e., suicided) in his jail cell (upon the orders of Mossad) in the very near future.

Time to make some popcorn.

Lately you've wrote a comment:
"It's just that my life is really leaving me with little free time to finish my Steemit articles"

I just had a chance to read it now. Is your health okey? I was wondering what did you mean by that.

Hi @crypto.piotr! Glad to hear from you! Thank you for your concern. That is really kind of you. I really just meant to say that I am super busy. I will reply your 2 other messages in the other threads...

Busy can be good and fun or can be awful and boring ...

A treasure trove of related information for the Mossad-Epstein operation can be found at:

While I have some reservations about the work of the former intelligence officer - Robert David Steele - that presents this trove (and much other work), a lot of it is verifiable and factual.

His latest interview (on the X22 Report Spotlight) entitled Arrests Must Be Made Before The Election, They Have To:Robert David Steele can be viewed here:

But, thankfully, RT has delved into the madame's misdoings:

While it is not that surprising to me that the Zionist controlled MSM in the United States is avoiding mentioning her during their coverage of the Epstein Affair, it does surprise me that the US authorities don't seem to be going after her much. Why is this? Where is she? How can she not be charged with crimes related to the abuses of the victims?

It is not difficult to ascertain that she has been highly complicit in many crimes committed by Epstein.

It will be interesting to see how both the MSM and the US authorities go forward with her involvement in this sordid affair.

Following my recent comment to @valued-customer where he listed 4 possibilities as to the death of Epstein, I just replied/added the following:

Nicely summed up by you with 4 possibilities: