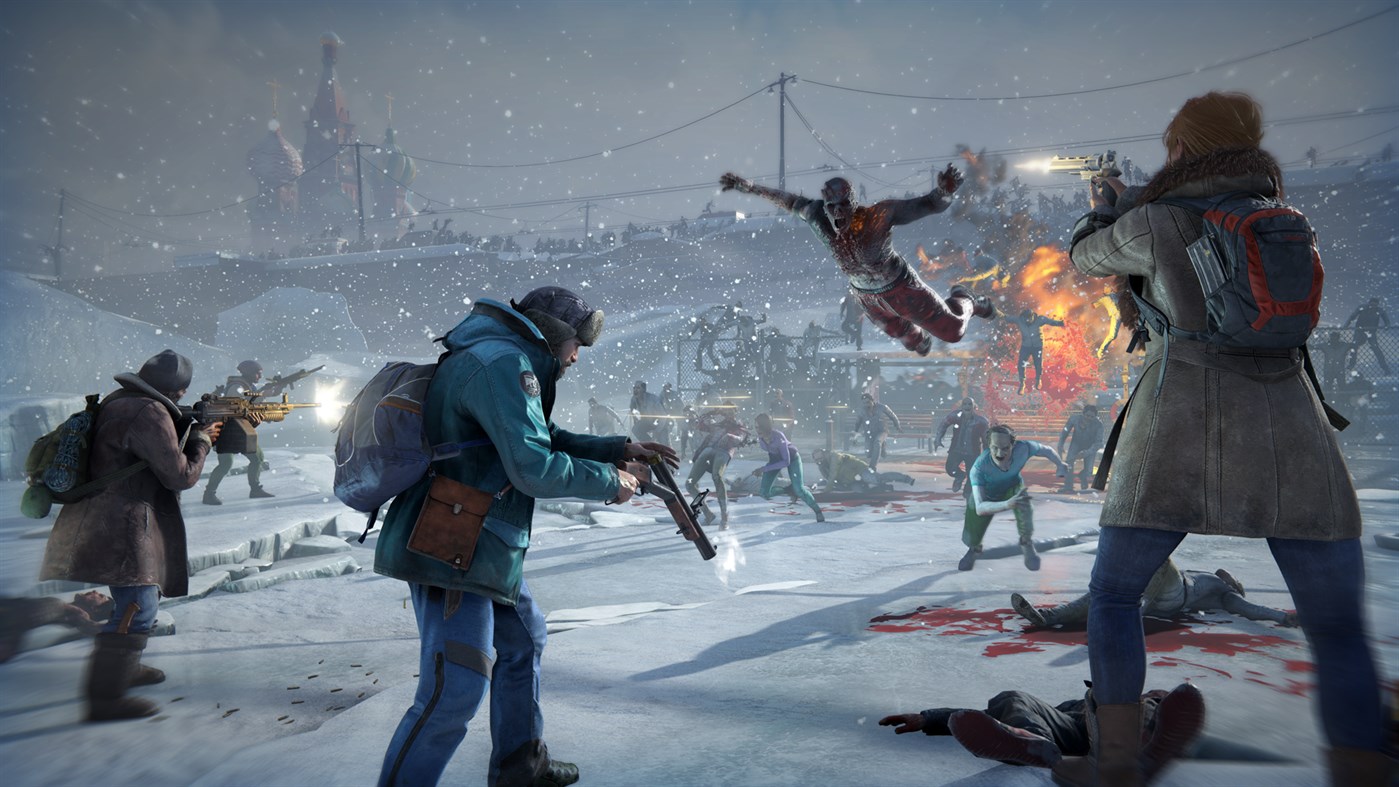 World War Z is only loosely based on the book and movie of the same name. While set in the same world, it chooses to go on its own path. Apart from the source material, Left 4 Dead is on everyone's mind, and yeah, World War Z is indeed heavily inspired by Left 4 Dead.

Start up the game, and there's no "Singleplayer" anywhere. It's a co-op game, though you can play singleplayer by selecting "Co-op" and then going Offline, ending up with AI squad mates. Really, though, the game was designed primarily for co-op play. (With some separate competitive modes)

The campaign is segmented into 4 episodes, across New York, Jerusalem, Moscow, and Tokyo. The environments don't really offer a sense of these great cities, that's probably deliberate - in an apocalypse, it all looks equally hopeless. Cliched landmarks are deliberately bypassed, for lesser known areas of the cities. You do get a feeling of the city, but it feels quite a bit different. Each episode is split up into self-contained chapter, making up one co-op game. The chapters, or "games", are fairly short, but well designed. At the end of it though, the formula is pretty transparent to see. There's no great leaps in creativity with level design or mission design here - merely competent linear levels. That's all that's required for good, clean co-op fun, though. There's also a fair amount of replayability within these siloed chapters.

As a result of the segmentation, there's no real sense of narrative, but rather 4 disconnected short stories. They feel pretty utilitarian, mostly to progress gameplay. Some of the dialogues and quips are equally rudimentary. The third person shooting mechanics are solid too, though the music is as uninspired as it gets. The zombie enemies cover all the usual archetypes, with a surprise or two. By now, World War Z sounds like a competent co-op shooter, with some minor flaws. But it has one party trick up its sleeves.

World War Z's zombies are very much of the rapidly moving variety. But where World War Z excels is in the massive swarms. You get hundreds of zombies charging at you, there's really nothing quite like it! Thanks to their fast moving nature, the illusion of hundreds of individual zombies is maintained. When you mow them down, most of the bodies remain, further strengthening the illusion. My favourite bit is when you have dozens trying to scale walls, clambering over each other. In these situations, the physics are surprisingly realistic. Take out the base, and the entire swarm starts collapsing like a pyramid. Surprisingly, the are no performance issues, despite this very impressive technical feat.

So, is World War Z a one-trick pony? Yes, the zombie swarms are the only thing really special about the game. But no, because while everything else is merely competent and there's few glaring flaws. If you were a fan of Left 4 Dead and been looking for a co-op zombie shooter, definitely pick up World War Z, and remember to play it with your friends. Ideally the same ones you played L4D with!