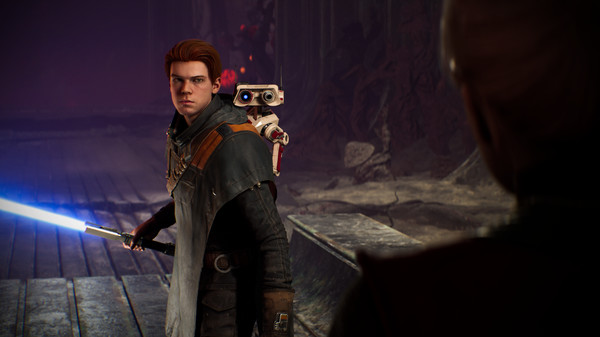 A companion piece to my previous post, looking ahead to The Rise of Skywalker.

As alluded to in that post, Star Wars has had a complicated history of ups and downs. When Disney acquired Lucasfilm, it was pretty obvious any thoughts of innovating Lucas may have had would be replaced by something that'll appeal to a larger audience - safe and corporate. That's exactly what they did - disposed of Lucas' outline for the sequel trilogy and replaced them with "what people want". The Force Awakens was just that - a solid, well done film, but safe and unimaginative. A fine remix of the best of Star Wars, but without adding new. Then came The Last Jedi. Whilst constrained by its predecessor, it did try something different. The result was incredibly divisive. Since then, Solo and The Rise of Skywalker has both seen personnel changes mid-way through, only to get back to the safest directors out there - Ron Howard and JJ Abrams. Star Wars has gotten to a point where it's incredibly challenging to innovate while also maintaining a fan base that seems to want more of the same. They don't exactly want the same thing, but something that feels similar.

This is where Star Wars Jedi: Fallen Order comes in. It offers something that hits on every Star Wars beat, yet shows a new perspective we haven't seen before. Personally, I'd rather prefer something completely fresh, but this is as close as we have got to a new story that's also more of the same. The characters are delightfully Star Wars, with the same charm and baggage you would expect. There are plenty of moments that'll delight fans of the series, while also contemplating new possibilities.

Of course, Fallen Order is a game, and there's much more to it than just the story. Star Wars has always been very well suited to the interactive medium - even more so than cinema. It wears its inspirations on its sleeve, but there are many inspirations, and it combines them in a way that does familiar feel fresh. Unfortunately, the feeling of being derivative was always at the back of my mind while playing. A major part of the game is the metroidvania-style exploration. While a lot of it is strictly optional, the maps are incredibly complex, criss-crossing each other over a dozen levels of elevation. Zeffo, in particular, is possibly the most complex map of this type I've seen, at least in a 3D perspective.

Combined with the metroidvania maps are Tomb Raider style traversal mechanics, but with Jedi powers added in. There's very little tangible reward for it, yet I still explored everything that was there to explore. That's the beauty of Fallen Order's exploration - you explore for no other reason to but to find new places and investigate them. The art direction is excellent and authentic to Star Wars throughout, whether it be familiar places like Kashyyyk or something new like Zeffo.

Of course, you can rush through the main story without indulging in much exploration - but you must give it a try. Beyond every hidden area lies not loot, but an interesting new place with its own history. Getting there is a puzzle in itself, and satisfying too. Or not - it definitely won't be for everyone, but it's exploration is never really difficult.

Then there's the lightsaber combat, of course. It's clear a significant amount of work and refinement has gone into making this feel just right - and it shows. The lightsaber animations are pitch perfect. I suppose I couldn't get away writing a review of this game without mentioning Dark Souls. So, yeah, it is indeed inspired by Dark Souls. Parrying plays a big role in combat. Of course, added to the mix are the various Jedi powers, which does add a new dynamic. Overall, the combat is excellent - no game has made me feel like a Jedi quite like this before. However, it also shares some of Dark Souls' flaws. Yeah, it does feel janky, the camera is occasionally confused, and hit boxes are not well defined. It does have difficulty modes, in case you're not interested in a challenge. I'd recommend the second difficulty mode, at least. It's not really difficult, but it requires you to engage with the situation. That's pretty important for this game - to feel like a Jedi, and not a superhero.

Finally, there are the puzzles and setpieces. More like Uncharted than the latest Tomb Raider, let alone an actual puzzle game - the puzzles are still a great change of pace. As puzzles, they are straightforward and nothing clever - and that's fine. The game has a handful of brilliant setpieces - particularly the opening sequence. It's not a major part of the game though - free-form exploration is.

Star Wars Jedi: Fallen Order tells an interesting story, while very much following the Star Wars formula. As such, it's a wonderful Star Wars experience that makes you feel like a Jedi and immersed in Star Wars places. It's not quite as good as a game, though. It has various inspirations, and does most often live up to them. Sometimes, though, it feels like a derivative of those games, rather than something fresh for Star Wars. The game doesn't offer the same polish you'd expect from a AAA game, definitely feels like a lower budget production. That's understandable, too - it's quite a risky project given the mainstream appeal of the franchise. If you're a Star Wars fan, Fallen Order is highly recommended. If you just want to play an action adventure game and don't really care about the places and stories, it's a solid accomplishment, albeit falling short of excellence.