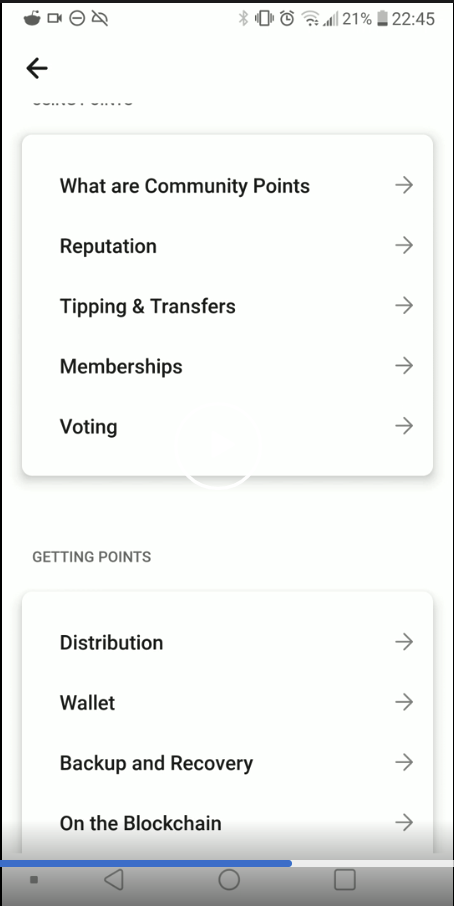 I've been skeptical of the value blockchains bring to social networking after seeing Steem fail over the years. A year ago, I concluded that the only way blockchains can bring value to the mainstream is through tokenization.

It looks like Reddit is pursuing this precise approach. A reddit user on r/CryptoCurrency posted this grab. It's unclear how this user's app managed to see these unreleased features. Given that some sections are listed as "Todo", it's most like a slip where the test builds were mistakenly pushed to an end user. Said user is an active, reputable user, so I'd say it's pretty unlikely to be a fake. Could be that it mistakenly got pushed as an A/B test with some of the top Reddit Premium users first (Reddit is known to do this). Hard to know at this time. I certainly don't see it, neither do most in the comments.

Looking at it, a Wallet section has been added, with the token called "Points" or "Community Points". There's four sections - Reputation, Tipping & Transfers, Memberships and Voting. So it definitely seems to be a pretty comprehensive implementation of tokenizing and gamifying Reddit, using a broad spectrum of utility anchors, something I've endlessly talked about, including last week.

Which blockchain is Reddit going to use? There's no word on that, but it's safe to assume it will be Ethereum. Mostly because pretty much all legit projects are building on Ethereum, and because the user's address generated looks an awful lot like an Ethereum Hex address.

How will they scale? I'd wager Reddit could deploy a zkRollup Layer 2 solution, additionally offering the requisite privacy. If you want to see zkRollup in action, check out Loopring. A DEX that offers a CEX-like experience. Ethereum's Layer 2 rollups (Optimistic and zk) can scale up to 2,000 TPS today, which should be adequate for Reddit's tokenization.

It's unclear how this will work with the Reddit Coins system. It's also unclear how they'll overcome regulatory hurdles. Still very early, and it may never be released. But this is a most exciting development, and if deployed in the comprehensive manner the leak suggests, this is HUGE for crypto mainstream adoption.