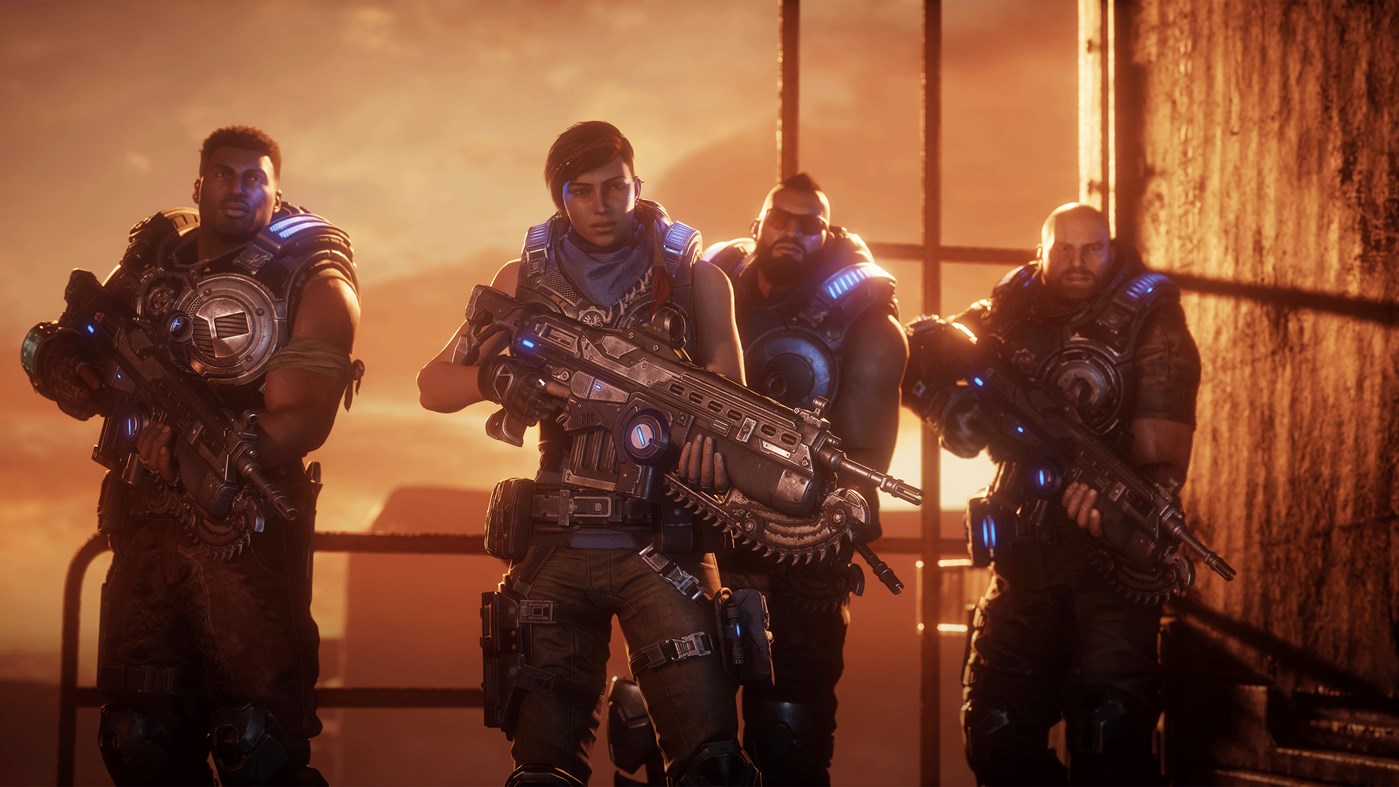 The Gears of War franchise has always been rather idiosyncratic. The male characters have rather questionable body proportions, you know? It all seems like an over-the-top, gory, trashy B-movie. Yet, the games themselves aspire to be more heartfelt dramas about friendship and connection, and thoughtful third person shooting. Make no mistake, the first Gears of War can largely be credited with popularizing the third person shooter genre. The series has evolved, over the years. With Gears 5, it takes another brave step into the future, this time with a female protagonist.

The first chapter of the game starts with J.D, and is a direct continuation from Gears of War 4. Gears of War 4 was a solid entry into the franchise from the new studio, The Coalition. But right from the first chapter of Gears 5, it's clear The Coalition are set on pushing their craft further. This first chapter is quintessential Gears - it has every element you expect, and sometimes more, like the surprising walk through the theater full of unexpected detail and charm. The graphics are absolutely stunning - it might be the very best looking game this generation. The facial models and animation raises the bar. That it can run at 60 fps looking like this on a damn console is beyond impressive. It doesn't quite hit 4K, but the dynamic resolution system is remarkably effective, and combined with the cutting edge anti-aliasing, from regular viewing distances it basically looks like a 4K/60 experience. Any other game that comes close to this graphical fidelity is almost certainly running at 30 fps on an Xbox One X.

The shooting and cover mechanics have been finely tuned to near-perfection. You would expect no less from Gears, of course. The first chapter ends in a bombastic finale worthy of the best in the franchise. Then, time skips forward, and we switch to Kait. This is where Gears opens up into uncharted territory for the franchise.

There's an open, overworld area, where you traverse on a fun little skiff. You can approach missions in any order, but once you reach the destination, it switches to being a linear experience again - effectively providing the best of both worlds. The linear bits are far more dynamic though, with much wider and larger areas and a more reactive environment. My favourite trick is you can shoot on thin ice, see the grubs fall, but what makes it most satisfying is seeing the ice freeze up again over the poor grubs in real time! Such neat touches are felt throughout.

Of course, great graphics need stellar art direction, and Gear 5 delivers in spades. This just about the most spectacular game I've ever played. Nearly every environment is intriguing and awe-inspiring - there's very little in filler locations here. The sound is brilliantly done, particularly with Atmos, and Ramin Djawadi returns with another bombastic score. The third chapter is a striking desert area, with red sand. It looks insane! Mechanically, it might as well be ice, though. Some of the crazy windflares from Gears of War 4 return in this area, to great effect.

Gears 5 features some of the best writing in the series. Kait Diaz is a brilliantly written and performed protagonist, and a great change of pace for Gears. There's plenty of witty banter as well as some poignant scenes - in true Gears fashion. Oh, and what can you say about Marcus Fenix? He's back, just as badass as he's compassionate. That said, the narrative does suffer heavily from a middle-chapter syndrome, with the entire game basically being used to develop future games in the series.

The fourth chapter returns us back into familiar Gears territory. The pacing here ramps up till it reaches a crescendo with an exciting boss fight. And then, it just ends. See what I mean about the middle-chapter syndrome? It's simply not a satisfying conclusion in and of itself. It could be that The Coaliition are playing the long game, and sacrificing a satisfying conclusion for Gears 5 means a more fulfilling Gears 6, but in the here and now, the game simply leaves a lot to be desired.

In a way, that's a good thing. Everything about this game is some of the best the storied franchise has ever been. That we are left wanting more can have its positives. But like I keep saying, that does mean Gears 5 itself isn't quite as great as it could have been. Does leave high hopes for Gears 6 though.