WHAT DO YOU THINK MAY BE THE REASONS BEHIND LOCUST ATTACK IN INDIA? 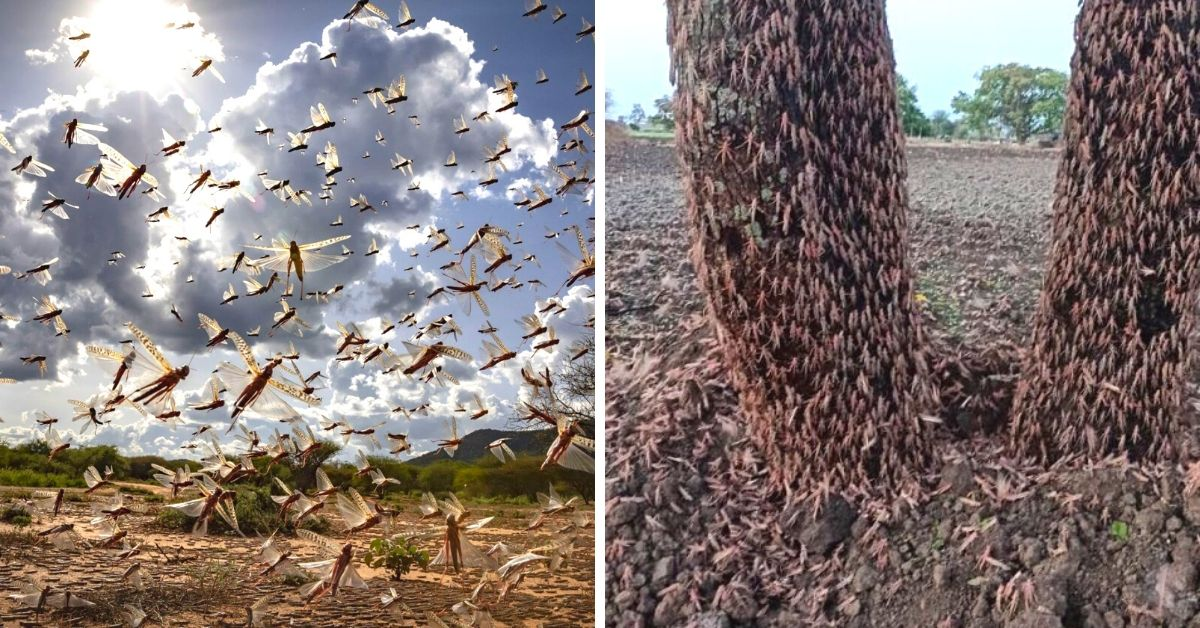 If you don't know about what is Locust , it is a migratory species of grasshopper that's very dangerous and can destroy varieties of food crops like wheat, maize, barley, millet and so on. The video of these species flying and occupying local inhabitants house and agricultural field has been going viral over the social media sites and I wanted to share these info with you guys.

As nation had been hard hit with corona virus pandemic now they are getting another attack by these large swamps of locust. It is said that these locusts were originated in Africa and somehow these species have travelled to Pakistan. That's why they are called desert locusts- capable of large route migration. Then these locusts breed in the surrounding areas of Pakistan where they got favourable conditions like abundant rainfall and other green vegetations after a certain period of drought, which is actually the case with India and Pakistan. The cyclone, typhoon and storm that occurs this week in India further aided these insects in migrating to India through Pakistan border.

Once they breed and their population is dense then their behavior is very aberrant and dangerous. Due to over population, they go hungry and go on attacking crops in large swamps.

This is the reason why there is starvation is certain regions of Africa where their crops get destroyed by these migratory insects. But India maybe seeing much more worst impact if left uncontrolled as the video already gave me goosebumps. I left video here to watch the incident. News medias are saying there are about 40 millions locusts per square kilometre.

What do you think maybe the reason behind such dangerous locust attacks on crops? Please comment down below. I would like to hear your thoughts too.