MY INSPIRATIONS ABOUT MARS ANNEXATION 💦 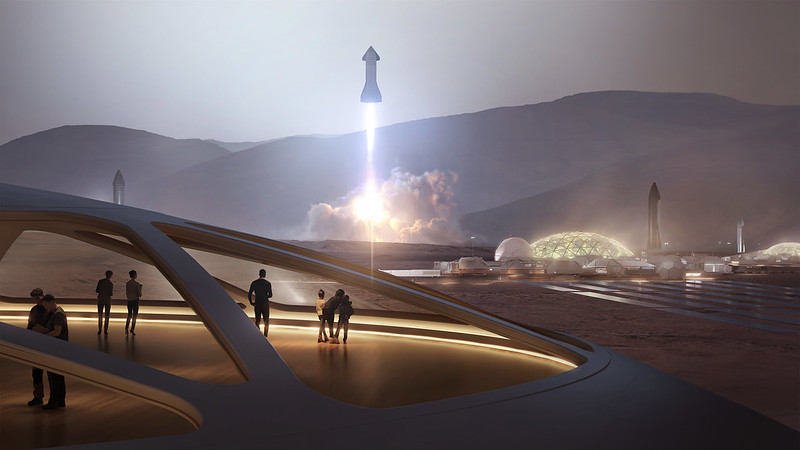 A heartfelt salutation to all steemians, 👋 hope you all are having auspicious day, the article about the Mars colonization has been gone concluded with some variations    Enjoy reading .

There are great encounters for the mankind in colonizing Mars; when the survival of a specie arises, resources are the utmost substantial thing, while colonizing Mars the resources that beings will need will be elements (water is one of the most vital) as well as physical and geological subjects and perils.

There are various questions that ascend when thinking on annexation of other planets in outer space. Here I put some as well as my thoughts on them:

How is Mars, how would I define it?

It is a sterile land, not a solitary specie sign, but what would 'we' have with it. why do we want this? We might be able to make it hollow like earth. just kidding but you can't turn your face from the realism. that's an obvious thing. Intergalactic law is to decontaminate all the rovers and the other ships we took with us but you can't exterminate a specie and that will unequivocally affect the Red Planet.
the atmosphere consists mainly of carbondioxide.it has water, we can use that water.

What is the best way to stablish a human colony?

when establishing the colony an entire race or entire specie on another inapt place the necessities come first. There has been discovered water on the Martian surface, just two or three feet below our little foot. Water is the first notion for every living thing and we believe it as the key concept of life, the latest data from the Mars orbiters and rovers we have been shown gives us all evidence.

“You wouldn’t need a backhoe to dig [it] up. You could use a shovel,” mentioned Sylvain Piqueux from NASA’s Jet Propulsion Laboratory, California.

Look if there is ought to be water then there is a hope! the hope is the plants that we can cultivate (plants like Earth plant) If I had a plant on Mars its name would have been “echiostra” I made it, like the plant's name the thoughts about are also strong. we are having excess amount of carbon dioxide there and we might be able to do some discoveries on the particular gas or find ways to completely devour it in major complications that we are fronting today on our earth (home).

as the amount of CO2 shrinks and there is further Oxygen then there might be prospect of living on the planet.

Is it ethical to establish a human settlement in Mars?

I don't really want You want to hurt someone? I think so, they shouldn't build one for the reason that they are going to make that little planet like Earth. Look around and tell me you don't see whatsoever that bruises earth you can't deny this fact. Animism that says all things have a soul, well then earth also has a soul don't hurt it and If you talk about Mars, it is smaller, it might change its poise and permanency.

Mars is smaller than earth we haven't completely studied it what if we carry out affairs that unhinge the planet environment what if it can't bear us to any further extent and scrap itself into the cosmos.

What will we, primitive beings do; go mine the planet, make hovels in it until it doesn't got any more resources, we are looking for the resources! what we really need is a bond between us and the nature, the universe? we must sanctuary everything every dust particle of the planet.

So, should we go to the outer space to inhabit planets?

Yes, I believe we should go to Mars if there are not enough resources on Earth. what we need is the survival of our species, our existence. We might need to go out (but it is not too late) and find a "safe house" for our existence and a search for other beings and viable solutions!

The above chromatic-colored map by NASA Mars Reconnaissance Orbiter validates the probabilities of water on the Red Planet. The RGB colored surface reveals that the water ice caps are closer to the surface while the friendly colors contradict this. The black areas cognizant that there is menace of plummeting into fine dust.

As specified from space agencies there are projects to go and establish a human colony at Mars. SpaceX and NASA look forward for our march on Mars. We may see our fellas landing on the Red Planet and stepping on the fine dust particles of Martian soil.

the ships of both space agencies are being assembled at their respective laboratories. They have announced their spaceships that they are going to use; NASA follows up with its SLS rocket and SpaceX with its starship. Both have different visuals for the planet but the idea is though same.

We need is to go into the outer space and find some innovative planets where we can grow and live, making our species interplanetary, survive due to the immense impairment we are making our planet Earth. We should do it taking into account our blunders here on Earth to not repeat them. Moreover, we all know the truth we can’t change the past but we can change the future.

It won't be calm and it will be treacherous for persons that will journey during the first missions as problems not yet studied, might occur leading to a crisis.

DELETED. I was wrong.

We are not @stemgeeks. All curated posts are read by one of our 4 curators. I, @balticbadger, personally curated this post, due to quality and sources (which he had). Looks like @thekittygirl discovered the plagiarism so glad to see that. I'm not sure what you have to do with anything, but yeah I curated it.

Just wanted to know who curated this post. Yes I do have a great deal to do with it.

Reward pool raping? Yup, I am watching. @berniesanders ain't the only one watching.

Hey guys now it is the original content why don't you read it?

Hey guys now it is
The original content
Why don't you read it?

You know better. You have been given a great deal of help in your posting.

My downvote is not personal. It would have been better to have done an original post in the first place. You know better.

Manual curation is a very time consuming job as @balticbadger, @thekittygirl, and many others will tell you. We do not go looking for posts to down-vote, we seek out good posts.

Best to step up your work.

I ask forgiveness of both you sir and @stemgeeks for my misunderstanding of the situation.

No worries. Sorry I missed this. Growing and learning.

Your article was copied/pasted almost word-for-word from this web page:
https://www.nasaspaceflight.com/2019/12/mars-colonization-new-water-map-hold-key-land/
so it is not your own words. I am very disappointed and removing my delegation from your account. I have been on the blockchain too long to risk ruining my own reputation by supporting those who can't be honest and genuine.

No one need ever question your ways, nor credibility. I have known you too long, and I am not alone i saying you are, and have ALWAYS been, fair, and helpful. We have all tried our best to help this member...

Concur, there is one with integrity and that is @thekittygirl. For this post to be flagged is not at all good for the author.

@thekittygirl is probably the sweetest of the STEEM Queens. For her to flag a post is not only unusual, but an indication of a truly sad post.

Thank you for those words, @sgt-dan
Since the author has rewritten this post in his own words, I just removed my downvote.

I will not remove mine. This individual has taken a great deal of the SteemTerminal members' time and effort. He has been warned and warned again, given guidance with kindness and concern, and never judged.

Remember, Sarge has very little patience for those that would take advantage of the kindness of others.

I have made an emotional investment in the SteemTerminal and its folks. I will not see them used and abused.

I’m quite sure @leonardodaslade will show you that he has made some mistakes but he is very sorry and he will try and do his best to change your mind.
Totally respects your view dear @sgt-dan

I haven't actually used anyone

Thank you very much @thekittygirl for your integrity.

Thanks! All rewards have been removed from the post and he has been muted from the tribe and blacklisted.