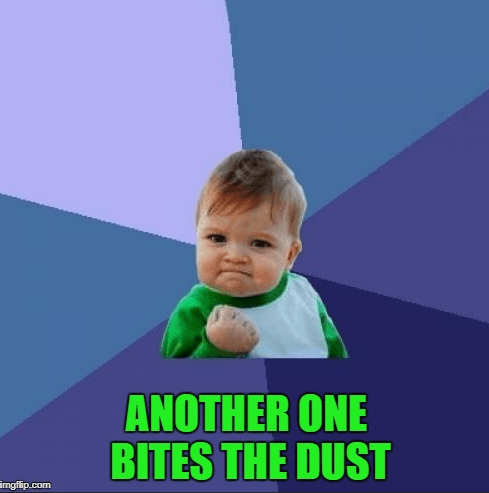 I know it’s only January, but right now, I find myself thinking about March.

The ides of March, to be specific.

Everyone knows – or thinks they know – about that fateful date. It’s when 23 Roman politicians told Julius Caesar in no uncertain terms that his reign was over.

He had dared to declare himself emperor, and that just couldn’t be tolerated.

While their objections may have been valid – though they might just as easily have been nothing more than self serving – what they did spawned a long stretch of utter chaos for the nation. Known and new names alike rose up to claim power in one form or another.

Octavius. Mark Antony. Cleopatra. Those are only the ones we know. There were plenty of much smaller, less influential winners and losers in the resulting mess: People who sided with the forces that would come out ahead…

And those who sided with the other end of the stick.

This January, let’s commit to getting it right. Before another one bites the dust.

A Series of Elements to Analyze

While hindsight allows for the best perspectives, that doesn’t mean we’re left completely blind in the moment.

We always have a series of elements to analyze – facts, opinions, ideas, possibilities, and probabilities – and therefore to work with. Some of them are less clear than others, it’s true.

But some are fairly obvious.

“Ide” say what happened to Julius Ceasar was more along the latter line.

I know. I know. I’m speaking from hindsight. It’s easy to look back on that once revered, then unfortunate individual, and judge him.

But truly, A and B were obvious, and C should have been considered. In its piece on the ides of March,” History.com notes how, at the time:

“Caesar was scheduled to leave Rome to fight in a war on March 18 and had appointed loyal members of his army to rule the Empire in his absence. The Republican senators, already chafing at having to abide by Caesar’s decrees, were particularly angry about the prospect of taking orders from Caesar’s underlings…

“Caesar should have been well aware that many of the senators hated him, but he dismissed his security force not long before his assassination. Reportedly, Caesar was handed a warning note as he entered the Senate meeting that day but did not read it.”

Are you Brad Thomas? If so, you have a Steem account that is unclaimed with pending cryptocurrency rewards sitting in it from your content. Your account was reserved by the Steemleo team and is receiving the rewards of all posts syndicated from your content on other sites.

The Steemleo community is syndicating high-quality financial content from across the internet. We're also creating free Steem accounts for the authors of that content who have not yet discovered the Steem blockchain as a means to monetizing their content and we're listing those accounts as the 100% beneficiaries to all the rewards. If you want to learn more about Steemleo's content syndication strategy, click here.