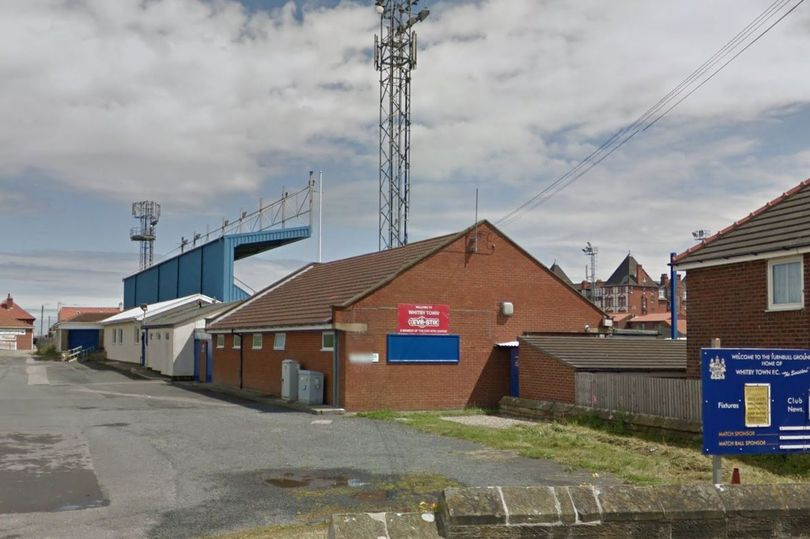 After our Steem break yesterday and the fact we are now in an international break, club football is abit of a scarcity! Never fear, we are in the English National Premier League North - Premier Division tonight for this East Coast Yorkshire Derby between Whitby and Scarborough!!

The Turnbull Ground, Whitby - Image from the Teeside Gazette who actually credited this photo to Google lol!!

We had one winner of Sunday's competition who got the correct score. Well done @maxwellnewlife7 who is on a bit of a run at the moment. I don't appear able to transfer the tokens at the moment mate but will as soon as Steem is back up and running properly!

Simply write the name of the first goalscorer and the CORRECT SCORE as a comment. Competition closes 5 minutes before kick-off which is 19.45PM BST or 18.45PM UTC/GMT.

If you could see your way to resteeming this post I'd be grateful, if we get more players we can up the rewards and share the love around a little more!

BONUS: Anyone who can be arsed to look up the teams and give me a first goalscorer will get a 500 token min upvote just for making the effort!!

Nice Competition, I am in

People who self vote their own comments are NOT in. They are out,downvoted and have every post and comment they have made turned to dust :-)

You mean Bradley Fewster who scored a hat-trick for ENgland Under 18s against Belguim Under 18s? Lol ;-)

On 18 February 2014, Fewster scored a hat-trick for England under-18s against Belgium U18. He scored on his under-19 debut against Germany in a 1–1 draw, before scoring four goals in three matches in the first round of 2015 UEFA European Under-19 Championship qualification.

Damn man, I knew when I saw his name, I remembered him from somewhere, but I couldn't really pin it! Yep, that guy indeed! His career hasn't really taken off like it should have,...

When I googled him, I nearly died laughing! and no....from Middlesboro and all levels of the National team to U19s and then ending up semi-pro in the 7th tier of English football, it hasn't really risen as it ought to!