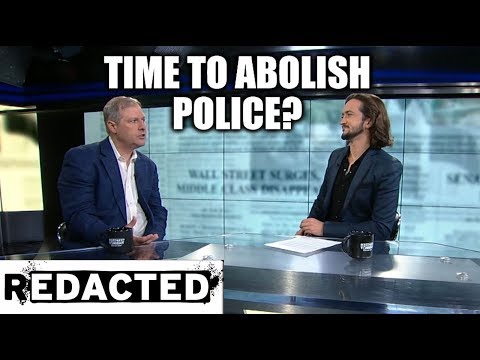 The police only act as a deterrent. Whenever shit actually happens, you absolutely cannot rely on the police to keep you safe. You cannot expect them to even follow up, and go after the person after the fact, even if you've got evidence and information to prove what happened and help them track the criminals down.

However, if you were to defend yourself, you have a good chance of getting in trouble for that. If someone were attacked by some criminal thug, and you intervened and saved the person, you are likely to get into serious trouble.

The police do not take your safety seriously. They do take you taking your safety into your own hands as a threat.

This is all the practical side of the argument, not the moral part. This is all from my personal experience as well as my wife(before she met me) as well as many people I know.

We call them "road pirates" because basically all they do, is armed robbery of innocent people all day. Speeding and other victimless crimes are fundamentally immoral and ineffective and is a breeding ground for greed and corruption.

If the police were aware of all this, but were doing their best with the power and discretion that they enjoy, and we all felt safe because we were safe, then you'd have an argument. They don't. They abuse it.

If someone were to break into my house right now, I would be between a rock and a hard place. Do I defend myself and my wife from the attacker? I'm putting myself at extreme risk with the law by defending my life and my wife's.

The police are not going anywhere because they are the bottom line of government's rule the people by violence. The government doesn't care if you get robbed, raped, and murdered so long as it doesn't upset the herd's consent to be ruled.
That's what their job is, to maintain control of the population by use of force. Not protecting. Not serving.