The Time Has Come for a Real Wealth Tax By John C. Dvorak 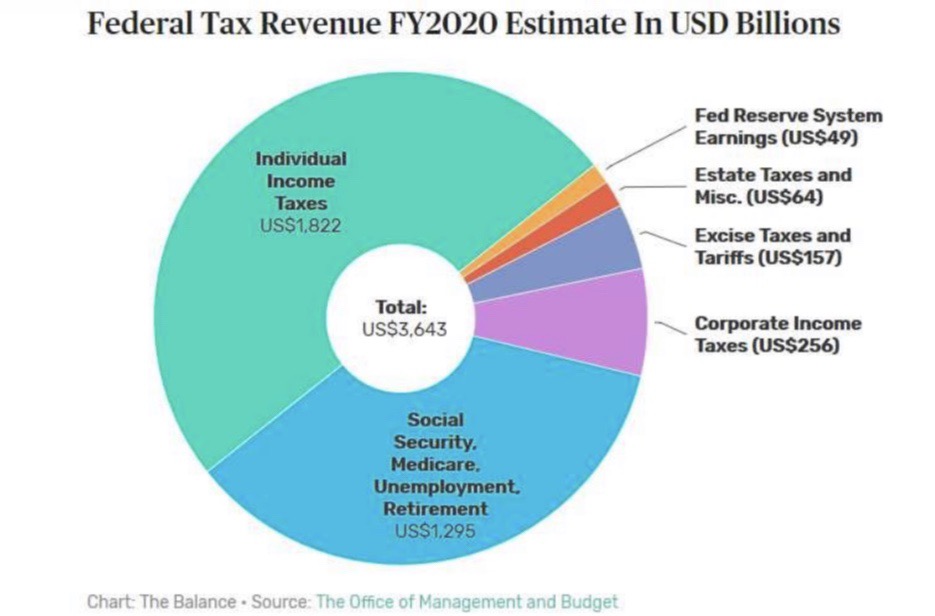 Let’s start by understanding that a wealth tax is no different than property taxes, which have been collected by the states for decades. Property taxes often pay more than a fair share of state
debts in places like Washington State, Texas, and Florida. This is in lieu of state incomes taxes. Sales taxes pick up most of the rest.
If seen as a modified wealth tax, property taxes do a fine job covering costs. A wealth tax extends this collection to all assets, including property, and could adjust easily to replace the income tax at the federal level.
This is so simple and obvious, you might wonder why it faces so much opposition, mostly guided by the wealthy themselves. It’s the super-rich like Warren Buffet and Bill Gates who call for higher income taxes because it helps them accumulate more wealth.
While everyone likes to claim that the progressive income tax is a disincentive to making more money, nobody has a solution to the disincentive that is not seen as a tax break for the wealthy. There is never a tax break for the wealthy if there is only a wealth tax and no income tax whatsoever.
Let people make as much money as they can in any way they want, from just working more hours to engaging in stock market speculation. This accumulates wealth and it is the accumulated wealth that gets taxed, not the income.
The disincentive to accumulate wealth through income taxes accounts for the ever-increasing wealth and income disparity that the socialist-leaning Democrats and others constantly harp on. Their solution? More income taxes.
The wealthiest people often have no income. They have an accumulation of wealth that they cannot spend fast enough. Some, if they do work, pay themselves an insulting salary of a dollar a year or some other farcical amount as a joke. The public thinks this is somehow noble.
The wealth tax was tried in various parts of the world and quickly got repealed as the billionaire class suddenly realizes that they are now actually paying their share, finally, and they do not like it.
The capitalistic systems do not work well if capital is not in motion within the markets created. An accumulation of stagnant wealth is not healthy for the system. Why does someone accumulate a billion dollars or more? They might argue that the money will eventually get spent on something. Will it be spent on a wealth-taxable asset? Or perhaps a wealth-taxable investment? Maybe it will go to a non-wealth-taxable charity or something else.
It’s not as if the wealth tax is taking much of that money away in the first place. When a Warren Buffet says he wants to get taxed more, does he mean it or not?

So what is the rate of a typical wealth tax proposal?
The Federal income tax system currently brings in about $1.8 trillion per year. According to the Wall Street Journal, the accumulated wealth of the USA amounts to $100 trillion. Thus, the wealth tax should be 1.8-percent per person.
All of those people with zero wealth would never get taxed.
Many in the middle class have about one million net worth. Their annual tax would be $18,000 instead of the income tax they are now paying. If your net worth is $100,000, you’d pay $1800.
People with a net worth of one billion would pay $18 million per year in wealth tax.
Warren Buffet, whose net worth is approximately $85 billion, would pay $1.53 billion in taxes. This is less than his accumulating increased wealth year to year. More than fair.
Most people in the working class, middle class, upper middle class, and lower upper class with large salaries would pay less in yearly taxes than they do now. The ultra-wealthy would pay more, especially since they are currently paying nothing and often sitting on stagnant wealth.
So ask yourself why the Justice Democrats and even the socialists are generally
against the wealth tax. The answer to that is simple. They do not like the capitalist system and discourage anything that would allow for any accumulation of wealth by the poorest among us. It is that simple. To them, nobody should be rich or even moderately wealthy except for, perhaps, some intellectual class of politically correct thinkers.
It’s time to take the idea of a wealth tax seriously and perhaps even consider having it alone pick up the entire $3.7-trillion-plus federal budget and not just the income tax revenues.

This would require a 3.7-percent wealth tax, which would still impact that middle classes less so than the current income tax. And Warren Buffet should be pleased to pay his fair share with his tax bill of around $3.15 billion.
Again, if property taxes – a crude form of wealth tax – can pay the bills for numerous states, a genuine wealth tax can feed the federal government with the added benefit of encouraging people to work harder by eliminating the known disincentive of the income tax.

For this discussion and other topics go to the No Agenda Podcast http://www.noagendashow.com
Free to reprint with attribution.

link to the original PDF:
http://www.cosmicweenie.com/wealth_tax.pdf