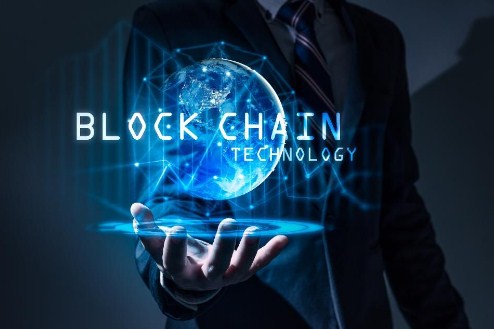 Blockchain emerged as one of the superior technology that can help to improve the efficient in many industries. Nowadays, keeping manual paper records is out of control and managing them effectively has become more difficult. A digitalization era does not help either. This is when blockchain becomes the perfect solution to solve these problems. We are talking about a future that may not include any third party legal entity, such as a lawyer, broker or bank. Individuals and organizations are given maximum right and freedom to transact and interact to minimize conflicts. These benefits seem impressive and blockchain has real potential to grow further, but it also comes with many disadvantages regarding scalability, security and even decentralization.

In June 2016, Trent McConaghy (BigchainDB) wrote a very good article named "The DCS Triangle - Decentralized, Consistent, Scalable. Pick any two". Soon after, Vitalik Buterin and Greg Slepak made similar statements. Vitalik calls it "scalibility trilemma" or "blockchain trilemma". To summarize, the DCS clause states that, among the three important attributes of blockchain: decentralization, consensus, scalibility, we can only maximize two attributes, and cannot maximize all three. In other words, if we fixed one attribute, the other two will offset each other. For example, if we fixed the decentralization attribute, and increased the consensus, we would have to sacrifice the speed and scalability of the system and vice versa. At this time, we all know that the processing speed of public blockchain platforms is a huge challenge. Bitcoin can process somewhere about 7 transactions per second. Ethereum can handle about 15 transactions per second. It is too slow and the obvious result is that scalability is not possible. So, how can we speed up transaction processing, increase scalability without sacrificing too much about decentralization and consensus of the system?

The slow processing speed of existing blockchain platforms is mainly due to algorithms and data processing protocols. Most blockchain systems have a mechanism to create and record blocks of data at intervals, and the blocks containing the transactions within it are usually set to a fixed maximum capacity. Therefore, each block usually holds a fixed maximum number of transactions. Cartesi, hence, is built with the intention of resolve that issue by creating a decentralized and scalable Linux-based infrastructure that work as a Layer-2 on blockchain. In other words, this layer-2 is in charge of process intensive computation tasks that current blockchain cannot handle. More interestingly, this solution will also help to reduce the cost and break limitations of current blockchain in order to take dApp creation to the next level with scalability, security and decentralization. There will be 3 phrases in how Cartesi works. The first phase called “Reproducibility”. In this phase, with the help of cutting-edge Cartesi’s virtual machine, smart-contracts can reproduce intensive computations that run off-chain on a Linux operating system. Next, these computations will be corrected to fit on the blockchain in the most decentralized way and at the minor cost. This phase will be called “Verifiability”. The last phase called “Infrastructure”, developers no matter specialized in blockchain or not can be able to develop their own decentralized app and make it a part of Cartesi’s whole ecosystem thanks to a SDK provided by Cartesi team.

Partnership plays an essential part in every blockchain project, especially this market is still in its early phase. Therefore, making partnership with crypto or non-crypto companies have the same meaning. In order to prepare for the launch of Cartesi’s first gaming dApp - a tower defense game, Cartesi decided to cooperate with Egretia – world’s leading HTML5 blockchain game ecosystem and a very popular ICO in 2018. This alliance will help to demonstrate what blockchain can reach it highest potential by the help of comprehensive Cartesi’s operating system. By that way, more and more veteran developers can get involved in this blockchain field and be able to use their software stacks to develop more dApps in different industries.

To summarize, Cartesi is the best innovation, which facilitate the way we use blockchain technology for different industries. Thanks to blockchain technology, Cartesi even takes it to a higher level and break the limitations of blockchain which are scalability but still keep its decentralization and consistent. There are other solutions out there but Cartesi is unique in such a way of helping developers not to learn other programming languages when they want to enter blockchain sphere. This is the best blockchain infrastructure we should keep an eye on.