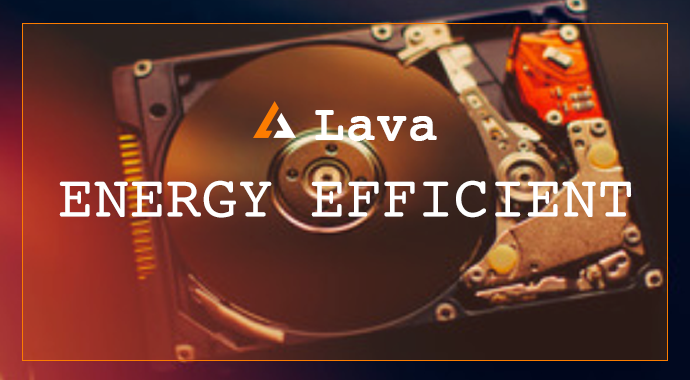 In 2009, the Bitcoin came into the world. Its creator, Nakamoto, wanted to develop a new decentralized payment system that frees a centralized accounting unit thereby enabling everyone the right to do the accounting. The entire process is completely open and transparent. That’s how the concept of “decentralization” has arisen.

Nakamoto also opened the Bitcoin project code in the community, and Bitcoin became the first open-source blockchain project in history.

Since then, Bitcoin and PoW (Proof of Work) began to enter the public attention. While due to the waste of resources and centralization of computing power shown by the PoW mechanism over time, it became increasingly unfit for the current environment. Luckily, with the continuous exploration done by many blockchain practitioners, projects centered on the PoC (Proof of Capacity) mechanism have emerged.

In 2014, Burst embarked on the PoC (Proof of Capacity) consensus mechanism. The strength of this consensus is that it only requires the equipment of lower cost and enables everyone to participate in the forging by using idle resources. By doing so, Burst followed the spirit of decentralization and sharing, where he made the source code of the project available for all. Though the project did not achieve substantial success in the traditional sense due to the economic model it adopted, the code sharing has provided inspirations for many latecomers.

On Oct. 16th, 2019, Lava officially opened its source on Github, a platform with more than 9 million global developer users, in order to involve more people to participate in the project and promote the development of PoC and even the blockchain as a whole. Lava is there committing to building an open-source, inclusive, and decentralized ecosystem.

What does open source mean to us?

If you compare the blockchain technology to a super-large ledger that everyone can view, then such a large ledger will naturally require multiple parties to participate and collaborate. But how to quickly establish mutual trust in the process of collaboration? Perhaps the best way to do this is through the open source.

First, the code is kept wholly transparent. The whole blockchain ensures the trust of the network and data through increasing the number of participants. Only when the whole network is transparent and open-source can it attain such a level of real trust.

Besides, more technical talents will be involved. The diversity of the community after the open source needs more global blockchain enthusiasts and co-builders, which to some extent can also help increase the innovative ability of the project.

Moreover, the efficiency will be improved with lower code error rates. With a multi-party supervision, the team will pay more attention to the code quality of the project and minimize project vulnerabilities, thus lowering development costs in some way.

It is worth mentioning that among the many PoC projects, Lava was the first to propose opening the source at the beginning of its project. Lava's core development team is made up of a group of tech-loving blockchain geeks crazy about challenges and sharing. Opening source on Github means that Lava will face global enthusiasts and co-builders of the industry in a more open and fully-fledged way in the future. Also, it means that Lava starts to pay more attention to external feedbacks, which will in turn urge Lava to build more standardized code and constantly improve project security and usability.

Through opening source code, Lava demonstrates its rigorous technical foundation and exploration of decentralized ecology in front of global technicians and blockchain investors. If there is someone claiming that PoC is nothing more than the underlying model of Bitcoin, which only replaces PoW with PoC. Lava definitely is going to rock his mind.

The reason is that apart from optimizing the PoC consensus mechanism, Lava also creates the unique "Binding" and "Firestone Mechanism." The following are the highlights of these two mechanisms.

"Binding" is a computing power allocation mechanism innovated by Lava. It allows users to bind the computing power of their own hard disk capacity to another user, so that both parties' revenues are transferred to the bound address. This can help miners to flexibly switch and combine computing power while maintaining existing Plot files, which at a certain point blurs the boundaries between miners and non-miners. In the future, "Binding" will also support more diversified organizational forms of mining pools. It will also extend the expansibility and operability of the Lava ecology in some way.

The "Firestone Mechanism" is a Lava-specific on-chain proof used for representing the user's contribution and share of economic rights. Currently, it is mainly generated by freezing or mortgaging Lava, and you can also obtain double mining rewards by consuming "Firestone". Through this " Firestone Mechanism", Lava has carried out the Staking mining philosophy and is trying to strike a balance between the supply and demand of miners and tokens in a decentralized way.

Instead of designing it as a mere reshuffling process, Lava hopes to create a more moderate, stable and sustainable development model through its original Binding and Firestone Mechanism. The Lava team wants to do something that brings value to society, which is committed to building a PoC-based, decentralized, and global generalized storage space-based Root of Trust and Top-level Indexing.

In addition, Lava has released the Lava Improvement Proposal (LVIP) for the open source, which is similar to Bitcoin BIP mechanism. The LVIP refers to maintaining and managing Lava through texts or files. Through this mechanism, users and developers can propose any improvements to the Lava-related processes. There are two types of LVIP mechanism: one responsible for the improvement of Lava protocols (protocol type) and the other responsible for the improvement of aspects other than the protocol type, such as the use and mining by users. The two types also demonstrate different result orientation and process flow.

The process map of lvip

Lava hopes to manage the community in a planned and traceable way through LVIP. By paying enough attention to the suggestions made by developers and presenting the developing process of these suggestions in a written fashion, it helps users and developers to better speak their minds and participate in the project construction. This mechanism will build a stronger consensus for Lava and provide institutional guarantees for the long-term prosperity of the project and community, thereby attracting more industry co-builders to participate into the development of the PoC ecosystem.

Lava's open source and the launch of the mechanism this time adhere to the spirit of rigorousness, and strictly follow the principle of decentralization. It is never a groovy-sounding gimmick under the "decentralization" name, but one that really wants to do its bit for the construction of PoC ecology. In the future, the Lava team will continue to dive deep into the exploration of technology, and we welcome all blockchain enthusiasts and co-builders around the world to join us!