Cruise to the Bahamas. The Royal At Atlantis Resort in Nassau. 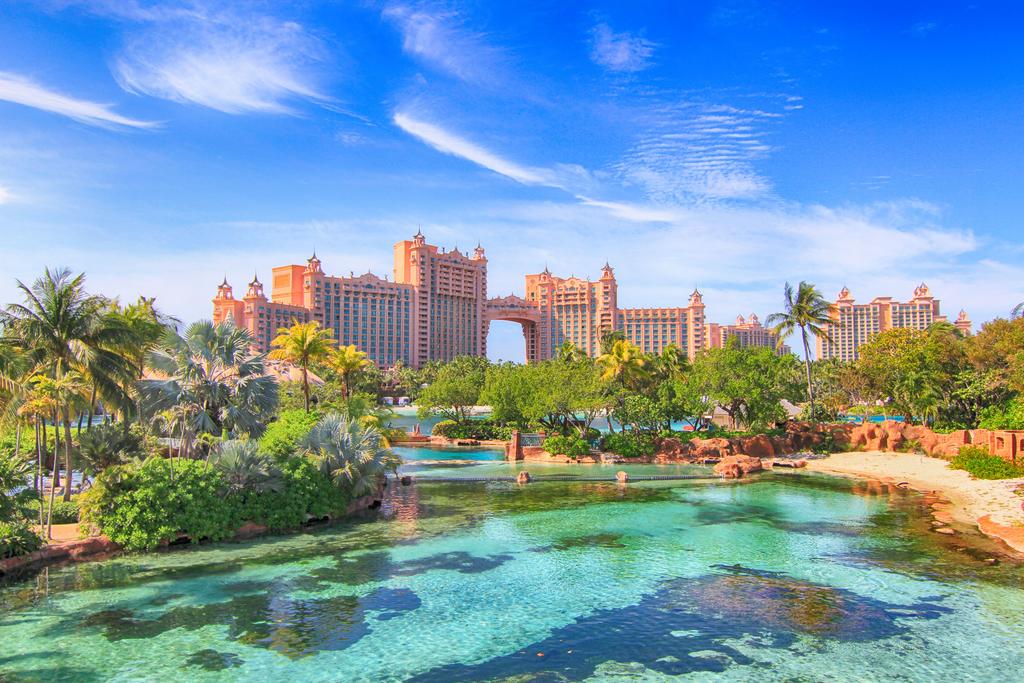 In the final article about our cruise to the Bahamas, I still want to show you the hotel on whose territory we rested.

In a previous article, I wrote that it was The Cove at Atlantis Resort.

No, I was mistaken, and now I correct myself.

The hotel, whose territory I showed in previous articles, is called "The Royal at Atlantis".

It is located in the resort complex Atlantis Paradise Resort and Casino.

That is, there are several hotels on the territory of this complex, which is why I made a mistake in the name, thinking that there was only one hotel.

So, for those who want to relax in Nassau, the choice of hotels is quite diverse.

Moreover, this hotel has only 4 stars. You can choose for yourself all 5.:)))

I can not help but show you professional photos of this hotel, which, of course, are different from my amateur ones.

All photos are taken from the Internet, from the site on which we always book all hotels, and whose services we have been using for more than 10 years.

The hotel is not cheap. A large beautiful hotel with a very large territory with a landscape design zone, aquariums, a beach, swimming pools, a water park, restaurants, casinos, etc. Richly decorated halls, passages, stairs. Everything looks beautiful and even pompous.

The rooms are different, such a luxury, for example.

Top view of all this turquoise-green beauty.

The pool in the cave through which you pass to one of the beaches, and in which there are large aquariums with fish.

Paradise Beach is 200 meters away. As I understand it, we rested on it.

Secluded Paradise Beach is one of the most picturesque in the Bahamas. A strip of fine white sand with crystal clear water extends for more than 1 kilometer. Here you can relax on the beach, go snorkelling or go on a diving excursion and explore the sunken ships, caves and marine gardens around the island.

Cove Beach is 250 meters away.

On the Cove beach with beautiful white sand and turquoise water, guests of The Cove and The Reef hotels mostly relax. Although the beach is open to all comers, sun loungers are available only to hotel guests. People come here to swim, snorkel and play beach volleyball.

550 meters from the hotel is another beach, Cabbage Beach.

This picturesque strip of the coast with an unusual name (translated as "cabbage beach") is not for nothing regularly regularly gets into the list of 10 most popular beaches. Creamy white sand contrasts sharply with sky blue water, which is ideal for swimming and water sports, such as surfing and jet skiing (depending on which part of the beach you are in). The eastern end of Cabbage Beach is quieter and less crowded.

These are the beaches near the hotel. And along the coast of Nassau there are many more.

On this I will end my story about a cruise to the Bahamas.

After a day's rest in Nassau, we sailed back, the night and the next day were in the ocean, and by the morning of another next day, we returned safely to the port of Miami.

I was happy that the consequences of the typhoon did not spoil us this first cruise and the weather. Despite the fact that we did not get to Coca-Cay Island, for the first voyage, the beauty of Nassau was enough for me.

Photos taken from the official website of the hotel.