Do you even internet Bruh?!? What is your data worth to you? 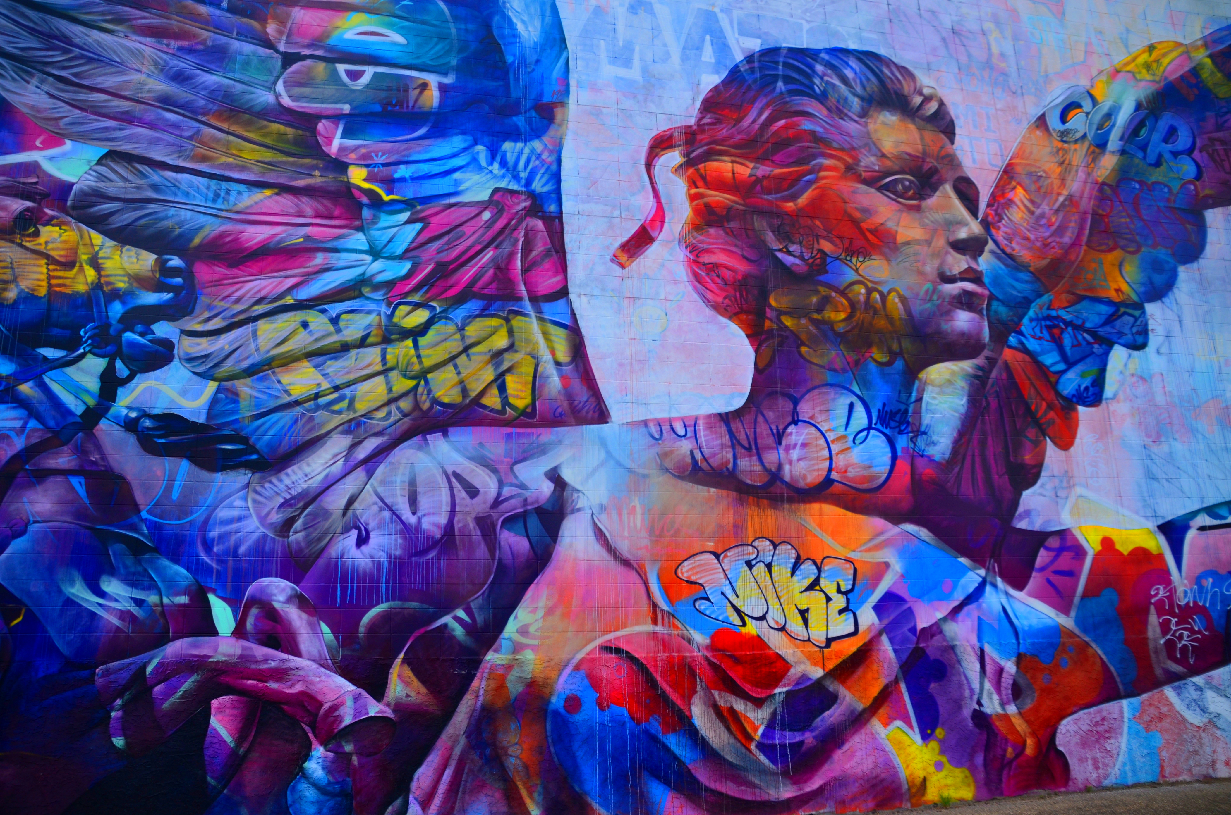 Hey Ladies and Gents, citizens of the regular internet...

Unless you have been living under a rock, it's common knowledge that major social media and search engines cash in on your interaction from deceitfully spying on you, what you search, every like you give and every photo you share than turn around to sell your information to third party companies without your consent and make it off like bandits on our addiction to content and stalking your friends bombarding your feed with absurd adds of what you bought last week. To top it off, they censor and manipulate the information you see every second. If you are anything like me, it's getting to a whole new level of creepy and feel like I'm getting followed around and stalked by the internet even if I don't have a smart phone. Although it has become the reality that with so much social sharing and smart everything nothing is private anymore and we have no control on who views our data, our thoughts, our lives. If the tech giants can mine and earn from it, why can't you? What a concept!

Most of us reach in our wallets daily and pull out one of them pointless loyalty cards out of the stack where you have to spend thousands of dollars in groceries over the years to redeem a couple of bucks off your tab, yet research shows most of us do it regardless because we are addicted to the "loyalty" points or reward for always choosing the same big chain. To look at it on the grand scheme of things, it sorta sounds silly but we can't help it, that's the human brain...we like rewards no matter how great or small. What if you were awarded loyalty points for reading or producing content? Or just sharing your opinion on something that matters by making comments?

WHY AREN'T YOU ON STEEMIT! If you are a steemian you obviously don't need to read this and feel free to move along, if you are not... now would be a good time to join. Some say the revolution will not be televised...no no my friends, because it will be on the internet. Thru all the blockchain and bitcoin bla bla bla, it all sounds complicated but it's most likely the future with automation on the rise even if you do not yet realize it, more then that, it's a content publishing and sharing revolution. Keep reading I promise to keep it simple, I'm just an average internet user just like you and not a techy.

It's no secret facebook wanted to create and integrate a coin tradable between users and easy to send tokens to a friend across the world from your smart phone or to get game or app upgrades. While facebook lags in this development, a platform with such abilities already exists and it doesn't cost anything to join...It's called steemit (you can find a "join" button at the top of this page). Seriously, even digitally organizing gramma's scribbled recipe flash cards in an easier accessible format for the family could earn you. The possibilities are endless, this community doesn't enjoy mainstream filtered garbage, we value real stories from real people, it is also a great place to learn about the complicated crypto world with many techs sharing their knowledge to help explain the concept.

Over the last 4 years, many campaigns were launched advertising steem the wrong way, intentions were good but it went downhill and sideways with the crypto market bust. Like any new project where it's fate is navigated by the community, it has it's growing pains yet we survived, here we are still interacting keeping this place alive determined to show the world new opportunities. It was either explained in a complicated tech way that most of us normies can only dream of understanding every second word we are reading or shilled as a cash cow get paid for posting a few flashy graphics that hurt our eyes like a bad car salesmen add on late night local tv infomercial causing new users to have false expectations. That's not what this place is about.

Most of us get annoyed with the redundancy and the lack of depth on our facebook feed...it all seems so fake these days, here on steemit, we are a wholesome community of ordinary people that have the common belief that there is a better way to internet and we don't have to get blinded with flashy adds or taking half the page and half a dozen clicks begging for your email every time you visit a website and with a mission to "take back our data". Some are more talented than others meanwhile some just want to read about various topics and lifestyles across the world. There is something for everyone and it's simple enough for most anyone to use and best of all, the content was created organically by a normal person just like you.

Each time we "like" stuff or update our facebook status or photo with your opinion on a topic, somebody mines the data and makes money, here you mine the data you create wasting time on the internet like most of us do and earn "steem" for playing games, posting your own videos, creating your own articles, sharing your amateur photography, wanting to share and teach about a life skill you have acquired, reading your friends trip details or to create a little memento of an important moment with telling the story once and posting it to your friends on facebook like I'm doing today (and have been for the last 2 and a half years for those who paid attention). I could keep going on it's content and uses it's a multi tool really but now you can get rewarded based on your interactions and reward others in return that is community owned based on "stake".

What is stake? It's the amount of steem tokens we hold in a secure fashion in a process we call "power up" that we have either earned by being social or bought in a similar fashion as speculating on the stock market. These tokens are then used to reward content we like, promotion or in game upgrades, more bandwidth space usage to create longer articles or more interactions, can be sent to any other user just using their online username to enhance their experience on the platform. If you are already blogging on wordpress and having to spam the internet begging for clicks to generate 10 cents worth of add revenue or end up depressed because nobody looks at your shit, this might be the fresh start you are looking for and you can keep sharing to your loyal fans on mainstream social media.

Will we all get rich? Probably not even close but in my two and a half year journey, I have managed to accumulate almost $400 US worth of tokens just sharin my photos and journey andd going around "liking" aka "up-voting" stuff. In a community of 30, 000 daily active users, I have managed to gain over twice the # of friends made on facebook in over a decade and get much better engagement. Nothing life changing in reality but facebook never paid me jack shit for my pictures or any of the countless hours spent blinded by adds nobody cares about. Has it ever paid you some of the profits made from your data?

How about that stupid loyalty point card? Did you make it to $400 in savings towards your groceries yet? Somehow they are still part of daily life. The platform is still young and developing with a long journey ahead but with a promising future as we learn to operate and moderate a social media platform as a community rather than one or very few centralized entities like google or facebook making decisions for you. During the last Crypto boom steem went up to $8 per token over it's current value of 20 cents, what could it be worth someday? Data mining is the new gold, the faster you admit this to yourself, the faster you can start taking advantage. If you have talents and want to build a brand, now is a golden time to build a reputation and gain visibility within a like minded community by self-publishing your content free lance style.

Why aren't you on steemit yet? Join the revolution, take back your data and monetize it! It's worth more than you realize. I hope you remember this next time you take out your airmiles card or whatever.

If you are a passionate steemian like I am, I encourage you to make a post stating your case how people are missing out not being here and share on your regular social media to help give steemit the positive attention it deserves.

Wow. One of the best Steem promoting posts I have seen here in a long time. I love the style, very comprehensible and without too many tech terms that most people don´t understand anyway :) Great piece.

Btw that "big brother is watching you" thing is getting really uncomfortable and creepy. It sometimes feels like the internet literally reads your thoughts. Monitoring private messages and calls and fishing for keywords icnluded in the convos is already a norm. I think even George Orwell would be surprised...

Thank you!! I always think that many have just taken the wrong approach to promoting it's values in a simple way. Somehow I have a hard time to get any of my real life friends to join yet I get asked for links all the time to read my blog...lol

I agree it's gone to far even past Orwellian levels. I just have conversations about going to the mountains without looking anything up, suddenly my facebook feed will be full of hotel adds for Rockies resorts and tours. Even outside our complex, there has been a facial recognition van parked outside for a few years, they change the van from time to time but they are watching. I'm not trying to be paranoid, I don't care what they watch cause I'm no doing anything wrong but it's worst than the average person realizes.

Oh wow, that sounds really scary. I mean the facial recognition van. It´s not just a feeling anymore, you are being watched indeed. And you are right, the reality is much worse than what most people realize... I think it has something to do with the boiling frog theory.

Yes that would be a pretty accurate description. It's painful to watch knowing we all have to go in one direction or the other as a society. I could say many things on the topic!

We could easily name it ,, boiling frog fact" not theory.

Another one of your marvelous articles, well written and direct to the point. Congrats!
!trdo

Congratulations @ronaldoavelino, you successfuly trended the post shared by @ladybug146!
@ladybug146 will receive 0.75096113 TRDO & @ronaldoavelino will get 0.50064075 TRDO curation in 3 Days from Post Created Date!

Thank you @ronaldoavelino!! I want steemit to grow sooner rather than later!!

And I only ever joined just to have a blog without advertisements... I had to migrate to SteemPeak, when Steemit.com started posting adds.