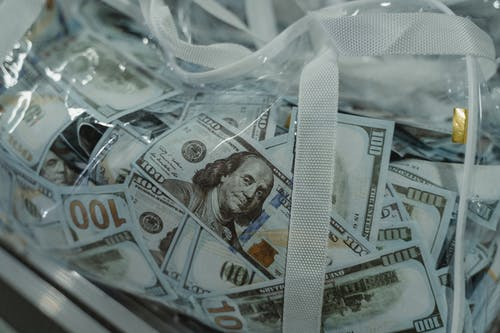 A short story by @kwadjobonsu. This is my entry to the Steem Ghana writing contest.

“This is our last gang bang. We can’t keep doing this forever”, Jay muttered with a solemn facial expression as he looked beyond Fred, his closest friend and partner since high school. “Of course, we have to settle down at some point”, Fred responded. This duo has been in the robbery business for quite some years and has made fortunes from it. The acquired riches, nonetheless, flew faster than a diving eagle as these friends regularly fed their gambling habit at casinos. Jay was a year older than Fred; they, however, were in their late forties and had just agreed on carrying out their final heist with high hopes of putting the earnings to profitable use afterward. “Let's rob the Oval Bank on the 29th of this month”, Fred suggested. “Sounds good, let’s work on the plan”, Jay said in return.

Lieutenant Sly had recently returned from his peace-keeping duty in Afghanistan and was pumped for the Summer. He had been away for two years. He missed his family and the ordinary life of a civilian. Few days home, Sly received a phone call from Chris. Chris, Sly’s cousin, invited him to his grand birthday party that was going to be held on Thursday, the 29th day of that particular month. “Just what I have been looking for! ”, said Sly as he ended the call after gleefully accepting the invitation. “I will go with little Mike. We gonna have fun together.”, Sly said to his wife as he combed his fingers through the fragile hair of his four years old son, Mike.

It was Thursday, the 29th day of the month. Jay and Fred went over the robbery plans for the last time and filled their guns with bullets. They got into a black van, which was driven by Sarah. Sarah was the perfect get-away driver for the duo since she was old and less likely to be suspected of any vicious intents. Sarah drove the duo to the bank and afterward parked at a vantage point, awaiting them. Jay and Fred entered the premises of the bank dressed in nice suits and posed clients who were present to withdraw money from their bank accounts. They exercised decorum as they patiently sat and waited till they were each called by the two adjacent bank tellers. They approached the respective tellers and slid a white sheet of paper with notes on them.

Lieutenant Sly on the same day was ready to party with his son at his cousin’s grand birthday party that included side attractions like swimming. He packed his stuff and placed a loaded gun inside his jeans. He never went outdoors without it. He did so instinctively. Sly was all set for when he realized that he is short of cash. He had wanted to get Chris a gift on the way. Sly and his son, then, took a cab and headed to the Oval bank to make a withdrawal.

The papers Jay and Fred slid to the cashiers had the words “We are armed and dangerous. Fill the bags we will toss to you with money” on them. The duo simultaneously tossed bags to the cashiers and took out their guns. Fred fired a warning shot and instructed all in the room to lie on the floor. Sly and his son were inclusive. Had it been him alone, Sly would have engaged in a gunshot battle with them. But he would not dare engage in such an act as it would put his only child in peril. During the bag fill-up process, one of the cashiers swiftly pressed the panic button right below the cash register. This button elicited a vehement alarm that caught the attention of police nearby. In no time, some police personnel partially surrounded the bank.

Out of fear and fury, Fred shot a civilian who was running towards the exit door. The sound of the gunshot sent the remaining civilian into a panic. Most of them screamed at the top of their voices. All these happenings were not new to Fred and Jay, who had successfully carried out several bank heists. Jay managed to bring the room to a dead silence after he pistol-whipped a customer from the back and screamed “shut the f*ck up” The cashiers handed the bags full of money to the duo.

The moment the two robbers turned around to take the bags, Sly reached for his gun and shot Jay in the head. Fred managed to duck, but the impact of the bullet on Jay’s body has him bolting. He, fortunately, was able to use the backdoor to the bank to exit, running away - with a bag full of thousands of dollars - without drawing the attention of the police. Sarah drove away hours earlier when she heard the panic alarm.

Few months later, Fred was found and arrested by the police. He was sentenced to thirty years of imprisonment. Jay, on the other hand, could not survive the gunshot. He died in the hospital. News eventually reached Fred in prison that his beloved friend had passed on. Indeed, it was their last dance after all.

This is my contest entry @nattybongo @mcsamm

You just couldn't have written this better. Beautiful and well structured. Thanks, bro