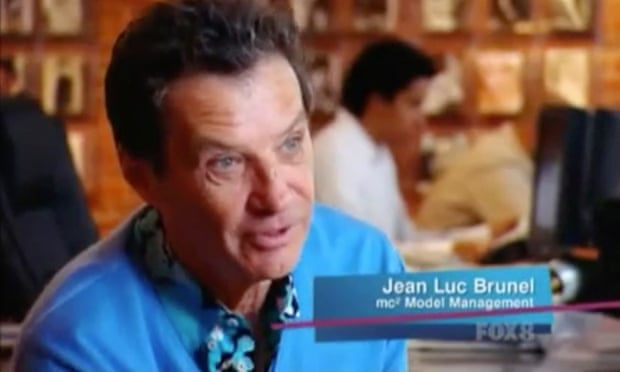 Jean-Luc Brunel is another high profile millionaire being caught up in the investigation into Epstein's activities.

This 72-year-old was a friend of deceased pedo-millionaire sex trafficker Jeffrey Epstein. He owns the model agency, MC2, and is alleged to have been a recruiter of young women for Epstein's sex trafficking ring.

Investigators in Brazil, the US and Europe, as well as French prosecutors are on the hunt for Brunel to ask him about the claims against him.

Brunel has, of course, previously denied any involvement in the crimes committed by Epstein. a legal source in France told Daily Mirror that 'He is a ghost who has disappeared without trace.'

Brunel's accuser, Virginia Roberts, says he and Prince Andrew abused her when she was between 16 and 19. It happened three times with Andrew, and many times with Brunel.

Brunel is apparently a ghost millionaire, with no address, internet accounts or social media. I wonder how he did taxes... I guess when your that rich you just don't do them? No properties listed for his assets? Odd...

FYI - this is a photo of Leslie Wexner the Ohio based billionaire and owner of the L-brands not Jean-Luc Brunel. Photos of Jean-Luc are hard to find but they're not impossible to find. I'll also be posting about Brunel in an upcoming post, he's 100% one of Epstein's co-conspirators.

Woops, I searched for pictures of Brunel, and yeah, only found seom from 80s-90s, so I thought this old guy was a more recent one lol. My bad :/

Some people try to Escape human law and run from Justice. Thanks @krnel will repost.

they don't try they do ! and successfully... never read about wtc7, uss liberty, little st. james... who cares... only fallen beasts tolerate their children to be raped.

Your post was upvoted by @steem-ua, new Steem dApp, using UserAuthority for algorithmic post curation!
Your UA account score is currently 7.046 which ranks you at #86 across all Steem accounts.
Your rank has improved 3 places in the last three days (old rank 89).

In our last Algorithmic Curation Round, consisting of 107 contributions, your post is ranked at #15.

Brunel also has links to "Model Mayhem" here in the states. One of the recent "school shooting" "victim" "teachers" (can't recall which, but I think Parkland, FL) also was busted working for Model Mayhem on the side...

Busted working for them on the side? Is that illegal to work for them?

If you're a teacher and working for THAT agency. Yes.