Epstein's Death and Questions to Answer 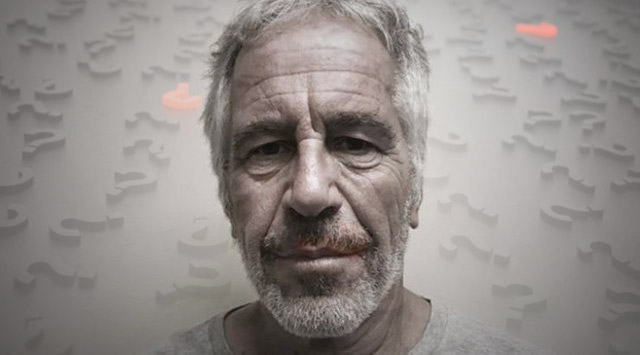 Epstein's alleged suicide is mired in questionable actions by the prison that make it look like his death was a hit to silence him.

There are questions to be answered. Some of them may get answered, but some may stay blank, like happens in many mysterious events like the JFK assassination. Michael Snyder has compiled 7 questions to ask about this event:

This first one is reminiscent of the JFK cover up. Will we ever get a "real" autopsy report? Some have speculated Epstein is alive and living well on some island somewhere, which could be the case. But if dead, what is the real cause, strangulation by himself in a suicide, or by someone else and made to look like a suicide?

That cameras being off is typical of a coverup.

The removal from suicide watch appears to be the work on his lawyers who had him transferred to the regular population a week earlier. Did Epstein want this to have the opportunity to kill himself? Or did they sell him out to put him in a position to get killed?

Guards not checking in every 30 minutes outside of suicide watch can happen. Maybe an engineered event somewhere prevented them from carrying out their duties on time. 30 minutes is enough time to hang yourself though.

Apparently Epstein was accepting prison life. But maybe it was a front to be able to off himself. The first alleged suicide attempt plastered in the media was contradicted by rumors of him saying someone was trying to kill him.

Apparently the sheets were used to wrap his neck and tied to the top bunk. I guess he could have kept his legs up and hung, but usually in the throws of death the body will response automatically to survive. I would think standing up wouldn't be hard. Who knows.

Lots of questions. Will we get answers?

I think he was killed in silenced. Interesting questions thanks for sharing @krnel

Perhaps that talk of a switch was indeed a double so the real Epstein could be very well alive. An act and charade to convince the Deep state that they have succeeded in killing him. Such can be part of his plea deal for information.

The only thing i do know is that psychopaths won't take their lives.

Psychopaths live in a delusion that someone else did all those bad things. They sleep with a clean conscious. They also feel that they are smarter then everyone else, and so, will of course convince the jury of his innocence.

No way it was suicide.. It was murder..

Your post was upvoted by @steem-ua, new Steem dApp, using UserAuthority for algorithmic post curation!
Your UA account score is currently 7.283 which ranks you at #70 across all Steem accounts.
Your rank has not changed in the last three days.

In our last Algorithmic Curation Round, consisting of 134 contributions, your post is ranked at #20.