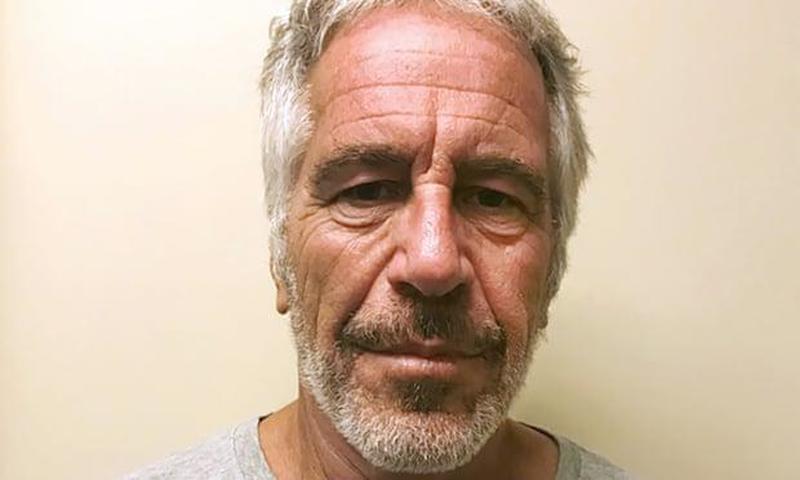 Broken Prison Cameras Outside Epstein's Cell, Criminal Court Case Droppedepstein politics sextrafficking informationwar palnet
In an expected statement about the death of pedophile sex trafficker Jeffrey Epstein, the cameras outside his cell were not working.

Gee, how convenient. He just "happened" to be placed in a cell where the cameras weren't working, or they "magically" stopped working the day of or before he was "suicided" (i.e. executed to keep him silent).

The alleged secret autopsy done on Epstein conveyed that a neck bone was broken, usually only found when strangled, but sometimes also found in cases of suicide hangings.

And now Epstein's lawyers have said in court that they don't think the death was a suicide, as the injuries are "far more consistent with assault". They also say Epstein wasn't suicidal the last time they met him.

"We did not see a despairing, despondent, suicidal person."

CNBC also reports the lawyers are skeptical of the medical examiner's conclusion of suicide:

"We’re skeptical of the certitude" of the finding of suicide by hanging by the New York City medical examiner.

Of course all this could be set to rest if the cameras outside the high-profile elite blackmail pedophile ring-leader were functional. One would think that having eyes on such a high-profile inmate would be paramount. But, I guess not.

Just put him in any cell, that just happens to have two cameras that don't work on the day he is found dead. And the guards who were supposed to make 30 minute passes happened to fall asleep at the time. It all makes sense. Just human error by incompetent prison personnel. Yes, that's it.

Or what is more likely, is that Epstein was executed, his guards made to stay away, the cameras disabled, all in order to keep the Epstein case from going forwards and keep the dirt on the elites buried.

And that's what we have. No justice and no investigation now as the case is being closed. Well done hidden elite bastards. You get away again.

Right on. Those responsible for his death may have skirted around all of their sick, perverse, criminal behavior for now, but we all must face the man on judgement day.
The fiery gates of hell are waiting for them all.

What came of the body switching?
One had a straight nose and the other was curved.
One of his planes was reported to have flown to antartica around the time of his 'death'.

He is most probably in Isra-hell, as steem press articles indicate!.

His plane was reported to have flown to antartica.

There is fuck all there, it makes zero sense, get it?

Lol, it makes total sense, we just don't have all the data, and likely never will.

It takes time to turn a ship, especially one as corrupt as the one that has ruled the world since they started telling folks 'we hit kennedy and we'll hit you', too.

If every person rejected violence as an option to attaining their goals, the show would be over and violence would no longer rule the world.

I like you, always have, but I do not agree with you on this, everyone wants to think Antarctica is a big mystery, it is not, it is just cold and anti social, maybe we would both fit in there, as I tend to think we are both a little that way inclined, anti social that is.

Lol, it might not be sooo bad being a hollow earth person, I hear they treat their women the way women are supposed to be treated.

Maybe they have a holodeck,...??
Couldn't be much worse than the concrete jungles we live in now, just without the sunshine.

It's not easy being gruff, if it was, everybody would be doing it, and then it wouldn't be cool.
Grump on!

Get your ass to pl, and live for free, everything else is a mute point!

Yeah, I should get my act together, quit being a bum.

Imagine that. I smell a dead fish and it stinks of corruption. I will repost or resteem this writing as the world needs to hear. Thanks my friend @krnel

Your post was upvoted by @steem-ua, new Steem dApp, using UserAuthority for algorithmic post curation!
Your UA account score is currently 7.044 which ranks you at #86 across all Steem accounts.
Your rank has dropped 16 places in the last three days (old rank 70).

In our last Algorithmic Curation Round, consisting of 111 contributions, your post is ranked at #38.

They are seriously just taking the piss now.

Insert one of those angry emojis here :(
What did you make of the latest Tarantino film?

A bit like every supposed terrorist event that has ever happened in the UK, the ex Mosad security service that runs the cameras "ICTS" the cameras are never working!

Check out these people too and the "many" other companies offering a similar service for false flag events! https://www.crisis-solutions.com/remote-crisis-exercises

I have given up writing on here, I shall still be reading some posts possibly, thanks for the superb article above.

I wouldn’t be surprised if there is no body and he was smuggled out and is on an island someone by now.

No justice for the well connected. Life sucks for the little guy... Move on nothing to see here.

This promoted content generated 0.004 STEEM in curation reward payback. Thanks for using Steemium.