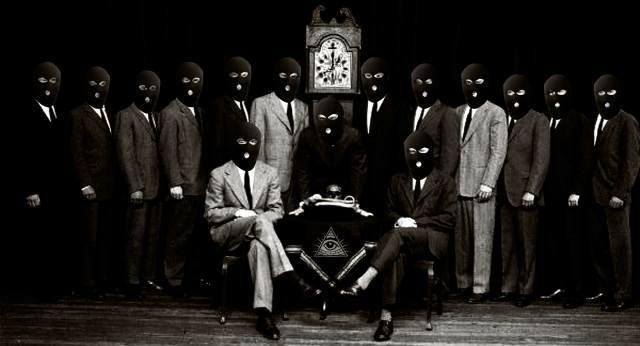 The power dynamic in society is and has been abused for millennia. The saying that power corrupts is demonstrably true. And those who think they have high levels of power often become highly corrupted, as absolute power corrupts absolutely.

It may not be absolute power literally, but they consider their power to be absolute given what they get away with, and this further begets more corruption of behavior.

Bankers, CEOs, politicians, judges, police, entertainers, and others all have power in different ways, beit with influence over others from popularity, or direct influence or control from monetary, political or other authoritative power.

They do as they please, operating under different rules than the rest of us, and they get away with things the rest of us would have the law thrown at. They believe they are entitled to the power and the actions they take, and no accountability reaches them. But sometimes it does.

It takes people who want to do right to set things right. Most cops gets away with abuses of power, and some don't. Most elites get away with their shit too or get a light slap on the wrist that the rest of us would never have.

The case of Jeffrey Epstein from over a decade ago demonstrates the web of deceit corrupted power that surrounds us. As he was let go with a slap on the wrist to go "work" at home for 6 days and sleep in jail at night for his "1 year jail sentence" for sex trafficking, we can assume that he didn't stop what he was doing, despite getting caught. He didn't face true accountability for his actions, and now we are back to the same place 10 years later where he is back in the spotlight for the same shit. Nothing has changed.

One thing that seemed to help perpetuate Epsteins actions was the lack of accountability and consequences for his actions which reinforced the notion of being above the rest, entitled to the power he has and getting away with whatever he wants.

The Epstein case is one reflection of our faltered society. Cops murder people and get away with it. Presidents signs "orders" that are war crimes or violate the foundational principles they swore to uphold, like the Constitution. Agencies spy against the law. Military murders. Government steals our money. All this keeps going on.

Men (or women) rise to power, then abuse that power, then threaten those who pose a threat to them. Those in power get away with it because the rest of us don't want to feel their wrath. We want to keep our jobs, keep our money and stay out of cages.

There are classes in society whose members think of themselves as being higher than the rest. They can do things that the rest of us can't. if we do them, we get punished. When they do them, they get away with it, as they all protect each other for the most part and enable it to continue.

The power players fuel each other to sustain their privileged positions and status, but we also fuel it with out ignorance. We fuel it with our tacit acceptance and comply with all the insanity they shove down our throats. In the end, none of it would fly if we didn't let it fly.

If law is to apply to any, it needs to apply to all. And I mean real objective moral law, as some prescribed laws are contrary to moral laws about objective wrongful actions. For society to be saved, the tyranny we are enabling must no longer be ignored.

Thank you for your time and attention. Peace.

If you appreciate and value the content, please consider: Upvoting, Sharing or Reblogging below.

by voting for me at the bottom of the Witness page.**

Really great article.
To change a system the makers of this have to die and new people with new ideas have to take over. Man, the shit has to stop!
Real humans with a heart would always look forward that everybody is happy and free. This narcissistic beings are far away from true humanity.
Thanks for this clear post.

Yes, and many are stuck adopting these false ways, we are living the way they want us to live, letting them get away with it.

The Epstein case will be one of many scandals that will be made public over the next few years. We're going to see them all scramble around to protect themselves.

One can only hope... time will tell..

There are classes in society whose members think of themselves as being higher than the rest.

They don't think, they know.
Its even written into the constitution.

A psychopath seeks power over all other things.
And that is what these people are.

We think we need someone strong / tough to beat the other party
and psychopaths can easily display this front.

We barely give thought to our politicians being empathetic,
but this is exactly what a psychopath can't mimic.

So, we keep voting for change.. but keep electing people who would torture, traffic and rape children. So, all we will ever get is more control, more power to the state.

Yup, running around in circles we are :/

He’s going down! Clinton too!

Do you think this whole “raid Area 51” thing is a big smokescreen/distraction for this?

Your post was upvoted by @steem-ua, new Steem dApp, using UserAuthority for algorithmic post curation!
Your UA account score is currently 7.296 which ranks you at #69 across all Steem accounts.
Your rank has dropped 1 places in the last three days (old rank 68).

In our last Algorithmic Curation Round, consisting of 160 contributions, your post is ranked at #23.

I am amazed at how many people use written law as there moral compass.
Thanks for the great post!

yeah, plus now ppl think there is no objective morality, all subjective, relative, etc.

Hey great job on this. Ive covered it for a bit but my latest video is pretty bad for these people of power and stardom. I hope ya take a look. I resteemed this as well. Awesome work
https://goldvoice.club/steem/@johnbcheffin12/the-sovereignty-of-our-children

@krnel is part of the gang stalking group @steemspeak ran by @fyrstikken, that uses Voice to Skull. This comment is here to let people know.

This is not a warning, it's a fact. Voice to skull will read your thoughts first without your knowledge for a long time, to map you. They then include transmitting self octave scale-able comments into your head to a tight, pulsed pace, indefinitely. Any brain activity, even the smallest, will trigger this when sound is turned on. You have to do all of your thinking around this. It is extreme torture, done by monsters.