The CC-Monitor is officially under development!!!! 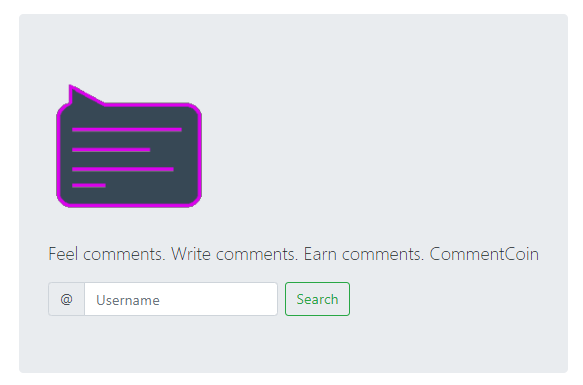 Hello dear Steemians,
Yes, I'm simply leaking info that @alucian doesn't know yet.
As you all know, we want to act transparent.
Therefore the programming of a CC monitor starts, so it is possible for EVERY Steemian to observe his statistics.

In other words:
The programming on the CC monitor starts ;)

Just admit you wanted to be in the spotlights too! 😉😜
!DERANGED

You just received DERANGED @kristall97 Keep up the great work, view all your tokens at steem-engine.com

It is a good notice. Thanks.

Awesome! Can't wait to use this feature. When I started on steem all I did was comment on posts.

Hello,
Thank you for reporting the error.
We will check your article and the logs from the bot.

Neat tool, fingers crossed it will be soon alive! Keep up the great work!
Have a great weekend as well!

I have no idea what it means but I guess I will find it out soon enough. Happy day. 💕

I can't see the details in it.
I look forward to your editing it.
I don't know what results it will show.

The #cc is no activated with me since yesterday. How will this problem be solved?
@alucian said we can transfer Commentcoin again, we all can and no ban!

On STEEM, EOS or BITSHARES? have crypto? Human Trafficking Included. This is on VOICE as well. The developers are helping terrorists human traffic. WARNING

This group https://goldvoice.club/steem/@fyrstikken. They are hacking people that enter this discord server https://discordapp.com/invite/sqxV63P . Once you are hacked they profile you long enough to know all of your activities. They introduce workplace gangstalking visits and bring it to your attention cleverly and discretely so only you get it. They are very covert and tricky with everything they say and do in this server. Some claim to have worked for or are working with the FBI and the NSA. Mixed with decommissioned traders and coding criminals, Its a scary mix of creepy people and their intent is to drive you crazy and deplete everything you have ever acquired in life, even your freedom.

My hacking started with them introducing ransomware that has options, dump my coin or delete my system drive. They acknowledged this to me in the server as it happened. I've been following this group since before it was on discord. I joined when it was on teamspeak.

Human trafficking is worse than drugs. Steemit censors important content that will expose them. Look at steemit.com/@gangstalking