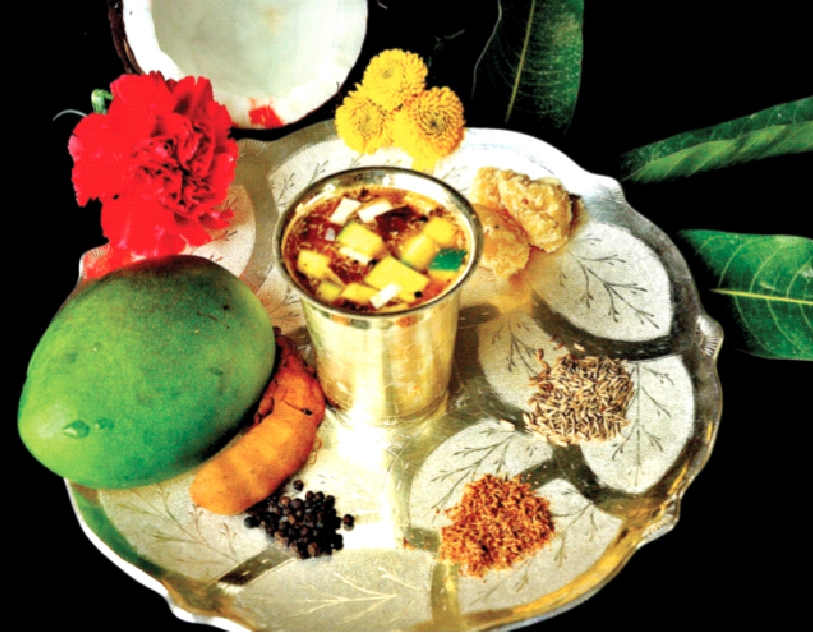 Andhariki Ugadi Shubhakanshulu (Ugadi greetings to all). Indian harvest festivals are not just festivals but are a celebration of mind, body, soul and soil. Indian culture is so deep-rooted and connected to its soil. Ugadi is one such festival thatis considered to be auspicious and hence is marked with celebrations and prayers.

Ugadi marks the Lunar New Year for the Hindus in the States of Andhra Pradesh, Telangana, and Karnataka. Indian calendars are different from Gregorian calendar, which ignores human experience in relation to planetary movement. No Hindu can miss out on this festivity as it marks the Hindu lunisolar calendar month of Chaitra. Chaitra is the month in the lunar calendar. In Sanskrit, the word ‘Ugadi' is a combination of two words: ‘yug,' which means ‘age,' and ‘adi,'which means ‘a new beginning.' As a result, it relates to the beginning of a new age.

Since it symbolises with a new day and a new beginning, Hindus start new work and ventures on this day. The day commences with a ceremonial oil bath with the new turmeric that has been brought from the nearby farms. The tradition on this day is that people uproot the newly grown turmeric or ‘pasupu’ for overall growth and health. The puja is performed after wearing traditional attire, decorating homes with earthen lamps and rangoli.

Legend says that Brahma created the universe on Ugadi. The nine-day-long spring festival of Vasantha Navaratri begins on this day and concludes on Ram Navami day. It is believed that the creator Brahma had started the creation of the Universe on this day.

The day is observed by drawing colourful patterns on the floor called Muggulu decorated with mango leaf on doors called toranalu can be seen.

As this festival has an agricultural background to it, the prasadam offered to God on this day is the Ugadi Pachadi which is unique for its nine different types of ingredients added to it. Pandit Sri Mylavarapu Srinivasa Rao of Vijayawada, Kanaka Durgamma temple says,“The prasadam is made out of the nine ingredients that are brought from the new produce from the agri-farms. New jaggery symbolises happiness, neem for its bitterness symbolising sadness, chilli or pepper seeds that are newly grown also known for its hard taste symbolises anger, tamarind juice for its sourness symbolising disgust, salt symbolises fear, unripe mango symbolises surprise. The pacchadi, the festive dish is highly symbolic and reminds people that the coming year, like all of life will consist of a mix of sweet, sour, salty, and bitter experiences. Just as the various substances are intertwined, one is reminded that no event or episode is entirely good or bad. Even in the midst of adversity, there are sweet moments. One is also reminded that the experience of taste is fleeting and ephemeral, as is life, and that one must learn to put pain and pleasure in proper temporal perspective.

Also the scientific reason behind this festival is that there is certain physical change happening in the Northern Hemisphere of our planet during this period of the year.

Noted spiritual guru Sadhguru Jaggi Vasudev says, “The Indian calendar is very significant not just culturally but scientifically because it connects you with the movements of the planet. So ancient texts say that this is the right time to renew bodies, time to renew the soil and all that is physical in its existence. Ugadi is a time to commit ourselves to the self, to build ourselves into wonderful human beings”.

Ancient texts say that soil and water are integral to the way we live in. Everything in the air we breathe in order to understand this process of change, ancient texts have said that it's important to know the soil and the water we live in. Sadhguru further says, “The tilt of the globe renders the northern hemisphere to receive the highest amount of the Sun’s energy during the 21-day period that starts from Ugadi. Though it may be uncomfortable for humans in terms of the temperature soaring, this is the time when the earth’s batteries are charged. Ugadi is on the first day of the waxing moon after the first new moon post equinox, suggesting a new beginning.” Andhariki Ugadi Shubakanshalu (Best wishes to all on the occasion of Ugadi).