A Much Needed Treatment 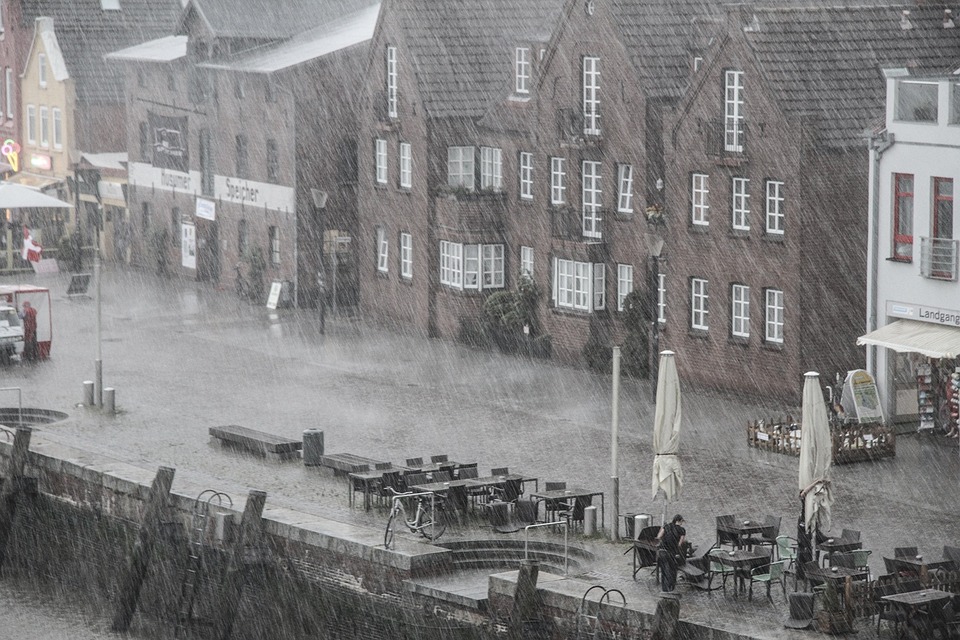 The rain was falling steadily, soaking through Juliet’s flannel coat, as she was standing outside the front door of the house she was ordered to go to. It was still two minutes to five, and she knew she was expected to be on time. Not too early, and under no circumstances too late. She’d have to wait another two minutes before knocking.

At exactly five o’clock she lifted the heavy knocker on the door, and knocked three times. It sounded much louder than it probably was, which she ascribed to her excitedness. Now he would open up for her and… fulfill her deepest desire. Let her serve him, then humiliate and punish her, then maybe fuck her… She had to catch her breath.

Inside there seemed to be no movement. Should she knock again? She didn’t want to be intrusive, so she just kept waiting patiently.

To her question about the details of the visit, he had given her a short note with a number of rules:

Just as Juliet was about to turn around and go, the door opened up. It could not have been her dom, as it was a young woman looking at her. She was short, voluptuous, with frizzy red hair. At first Juliet thought she may have come to the wrong house, but the girl was wearing a small black leather apron, and seemingly not much else.

“Steve, your bitch is here!” she yelled inside. On one hand this confirmed Juliet’s guess that she was at the right place, on the other hand it drove a sharp stab into her feelings. Cruel-master had not said anything about a woman, and being referred to as “your bitch” made her feel even more insulted. She noticed how excited she was getting.

Soon cruel-master was standing in front of her, blocking her way into the house.

“You know, it’s five minutes past five?” he said annoyedly instead of a greeting. “I remember stressing the importance of being on time!”

Juliet said, not being able to continue. After all, she had knocked exactly on time. It wasn’t her fault that she was made to stand outside until it was actually late.

“What? She doesn’t even have an excuse?” the redhead said to cruel-master. “Seems like you got an especially stupid one this time.”

Before Juliet got to say anything, cruel-master grabbed her by the wrist, and yanked her inside.

“Look, I don’t care if you enjoy getting your worthless body rained on, but I won’t let you make me do it too. Now, are you going to properly greet us?”

Juliet didn’t knowing what was exactly expected of her, but seeing the redhead extend her hand towards her, she curtsied and proceeded to give it a kiss. In the last moment the redhead withdrew her hand, and gave Juliet a hard slap in the face.

“Hahaha, the stupid slut thinks she’s at the queen’s court, or something.”

By now Juliet’s tears were flowing, though at the same time she felt this burning sensation inside her, and knew how right it was to take this dom up on his offer. Even if it included submitting to another woman.

“I’m so sorry, Master, for being late. I tried to be here on time, but… but in the end I couldn’t help.” Juliet was careful not to put the blame on anyone else.

“So…, as a result…?” Master was trying to get at something.

“So, as a result I want to beg you for my proper punishment.” Juliet dared to continue.

“Didn’t I tell you how pathetic she was?” Master said to his red-headed sex-toy, and they exchanged a chuckle. Then turning back to Juliet he continued: “You’re in no position to ask for anything, slut. We don’t even know if you complied with my other requirements.” And without waiting for a reaction, he pulled the dripping coat from Juliet’s shivering body.

It revealed a beautiful female form. Juliet made sure not to cover herself with her hands, though it humiliated her deeply to be standing naked in front of these strangers. Especially the woman, who was eying her disapprovingly made her feel like she wanted to sink deep into the ground. Not that Juliet was not pretty. She was actually quite proud of her round butt and her boobs, though not as huge as this red headed lady’s, were a nice hand-full and very shapely, with thick pointy nipples that were standing erect due to the cold and the clamps she had attached on them.

“Look what we got here,” Master said in a mocking tone, giving the nipple clamps a gentle tug. “Seems like this little slut likes to force her nipps to stand!”

“I know! What a little pervert,” replied the redhead, and once again the two shared a laugh at Juliet’s expense.

“And what about this? A clity-ring?

Really? I guess she thought that actually qualifies...” cruel-daddy was studying the small chain danging from Juliet’s clitoral piercing.

“Or maybe she can’t count to three,” the redhead chuckled. “Those two nipple clamps are in fact one item, since they’re on a chain.”

“Actually, Master, ...” Juliet was about to point out the ben-wa balls she was wearing inside her cunt, but she had spoken out of turn, and was rewarded with an immediate slap in her face from her Mistress.

“Shut up!!!” both her betters yelled at her at the same time.

“My dear, would you be so kind to inspect this whore’s orifices?” Master told the woman, who smiled eagerly, and proceeded to insert a finger in Juliet’s vagina.

“Ah-ha, there is something in here...” she said, while Juliet was gasping from excitement. Being felt up so matter-of-factly in her most sensitive area, by another woman nonetheless, was a stabbing sensation of humiliation. Having her dom watch her with a smile was making it much worse.

“Look at what this slut likes to wear inside her cunt. I can’t believe that little pervert!” she said holding up the ben-wa balls, all slick and wet from Juliet’s juices.

“Okay bitch,” Master said after a moment of agonizing suspense, “we will grant you the punishment your slut body deserves. But we’ll need your co-operation. Bend over, grab your ankles, but keep your knees stretched.”

“Tell us why you need to be punished, slut!” Master commanded.

As she had hoped, a smack landed on her exposed ass-cheek. She drew in a quick breath of air, making sure not to cry out.

“What do you say slut?” her Mistress was asking with an evil grin.

“Thank you Mistress, may I have another one, please?” Juliet was in her element now, and she was not disappointed. Her two betters took turns raining hard slaps on her ass until it was glowing red. Eventually, the lady reached between Juliet’s legs, feeling her wetness.

“Look, this bitch is ready to be fucked.”

Juliet knew she was right. She could not wait for Master’s cock to slide into her hungry cunt, and she thought he felt the same. Which is why she felt a bit confused when he didn’t. Instead he just barked at her:

“Keep your head down, your eyes looking at the floor, no matter what happens. Do you understand me?"

“Yes, Master,” came Juliet’s reply. At that point she felt something enter her fuck-hole. It couldn’t have been Master, as he was standing right beside her. She felt the lady’s hands grab her hips, pulling her towards the intruder inside her.

As Juliet looked back she saw Master embrace Mistress from behind, fondling her heavy tits. He had been fucking Mistress all this time! The two kept caressing each other, saying the kind of gentle yet perverted things Juliet had been wishing for:

“You know how to give a proper fucking.”

“I love how you used that bitch.”

“You’re such a sick pervert!”

Then suddenly Master stopped ignoring Juliet, giving her a dismissive look: “What are you still doing her, you dirty slut? Grab your things and get the fuck out of here. And don't forget, I expect a thank you letter tonight!” Then he turned his attention back to the redhead.

As Juliet stepped outside in her wet coat, she heard her Mistress tell Master: “In just under 15 minutes you finished off the slut. You’re the champion, baby!”