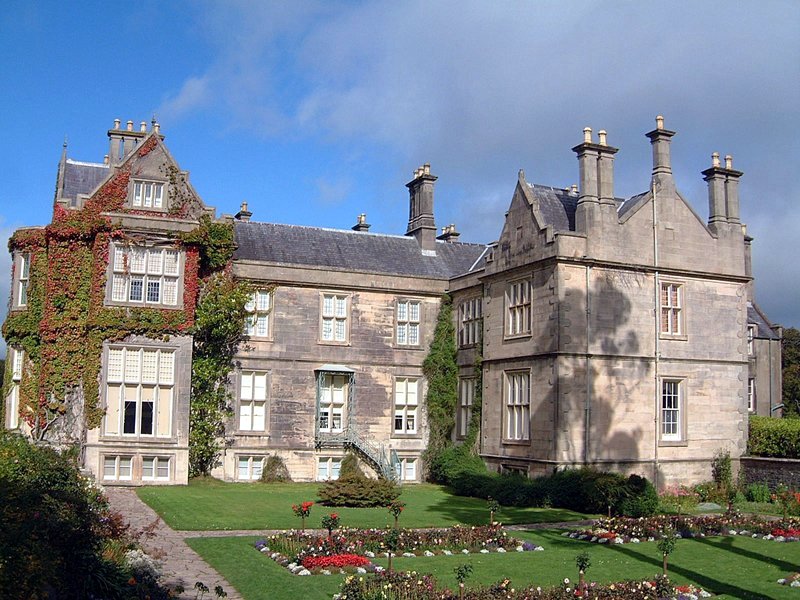 Killarney is a small town in Ireland that is set up well for tourism. The cover photo above is from Killarney National Park, a large green-space right on the edge of town. One tourist attraction within the park is a big old stone building called Muckross House. The owners went bankrupt hosting some royalty so the state eventually took it over...
http://kimbriggs.com/photo/europe-etc/ireland/20-muckross-house

Downtown Killarney has a lot of small shops and bars, like you might picture in an Irish town, but there are Subway sandwich shops and other new chain-stores too.

I went on an organized tour to the area in 2004. We stayed outside of town at a place called Dunloe Castle Hotel. I thought it was a great place to stay but some of the people said it was too far out of town.

Another tourist destination that is an easy day trip from Killarney is Blarney Castle. Most of the walls are still standing but the roof and most of the interior are gone. This is where people kiss the blarney stone and it should be paired with a trip to the nearby Blarney Woolen Mills, where they have an excellent collection of Irish wool clothing, etc.
http://kimbriggs.com/photo/europe-etc/ireland/17-blarney-castle

Kissing the Blarney Stone. (Tour guide warned against it... It's gross.)

One last photo from the Killarney National Park. If you are touring Ireland, I suggest this area be on your itinerary.