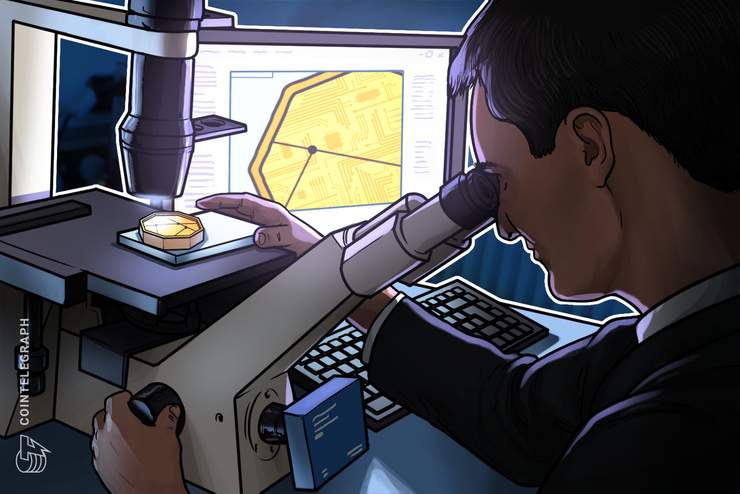 Digital currency could share info with police and tax authorities.

news outlet The Logic reported that the Bank of Canada is exploring the possible opportunities and challenges related to launching its own digital currency. The central bank purportedly believes that a public central bank digital currency (CBDC) could be the answer to the direct threat that cryptocurrencies apparently present.

The document, titled “Central Bank Money: The Next Generation,” was reportedly prepared for the current Governor of the Bank of Canada, Stephen Poloz, for a September 2018 board meeting and was presented as part of a two-year research project on whether or not the bank should launch its own CBDC.

On Oct. 17, an internal source at the Bank of Canada confirmed to Cointelegraph that the presentation did in fact happen. The author of the document, Stephen Murchison, wrote at the time:

“We need to innovate to stay in the game. [...] the CBDC would have all the benefits [of a central bank-backed asset] and all the convenience and security of wireless, electronic payments.”

According to the document, one of the benefits to the Canadian central bank of launching its own digital currency would be the ability to collect more information on its citizens than is possible when people use cash. These personal details wouldn’t be shared with the payee, but could be shared with police or tax authorities, the document reads.

However, in an email to Cointelegraph, Josianne Ménard, spokesman for the central bank, said that the bank had not yet made any decisions as to whether it will launch its own digital coin, adding:

“Our work on CBDC is exploratory, given technological advancements and the important public service that bank notes provide to Canadians.”

Cointelegraph recently reported that analysts at RBC Capital Markets suggested that stifling Facebook’s Libra may leave the field open to China’s own yuan-backed CBDC to dominate in emerging economies. RBC wrote to clients:

"If US regulators ultimately dismiss Libra and decide not to draft regulations to encourage crypto innovation in the US, China's CBDC may be strategically positioned to become the de facto global digital currency in emerging economies.”

This post has been promoted with @minnowbooster.
5% of the purchase will be burned and 5% sent to the @steem.dao fund as part of our ethical promotion initiative.
For further information please check this post.

Everyone is responsible for purifying the community of steem
净化社区,人人有责
my 2% downvote just is a summons without punish.
我2%的downvote,只是传票,不是惩罚.
The summons is just a reminder that you need to be clear about what you are doing and be prepared for the consequences of your actions.
传票只是提醒您:您要清楚自己在做什么,并且要为自己行为的后果,做好心理准备.
If you support my work, you can give me some upvote on the comment of the summons
如果支持我的工作,可以给我这个传票留言进行点赞
If you find my mistake, you can give me a valid upvote (0.02sbd) on this comment. I will arrange a time to review or provide relevant evidence as soon as possible.
如果发现我判断错误,可以给我有效点赞(0.02SBD),我会安排时间,尽快复核或提供相关证据.

Tokens will be transferrred when the flagged content reaches payout.

Thank you for reporting this abuse, @luegenbaron.

This post was submitted via our Discord Community channel. Check us out on the following link!
SFR Discord