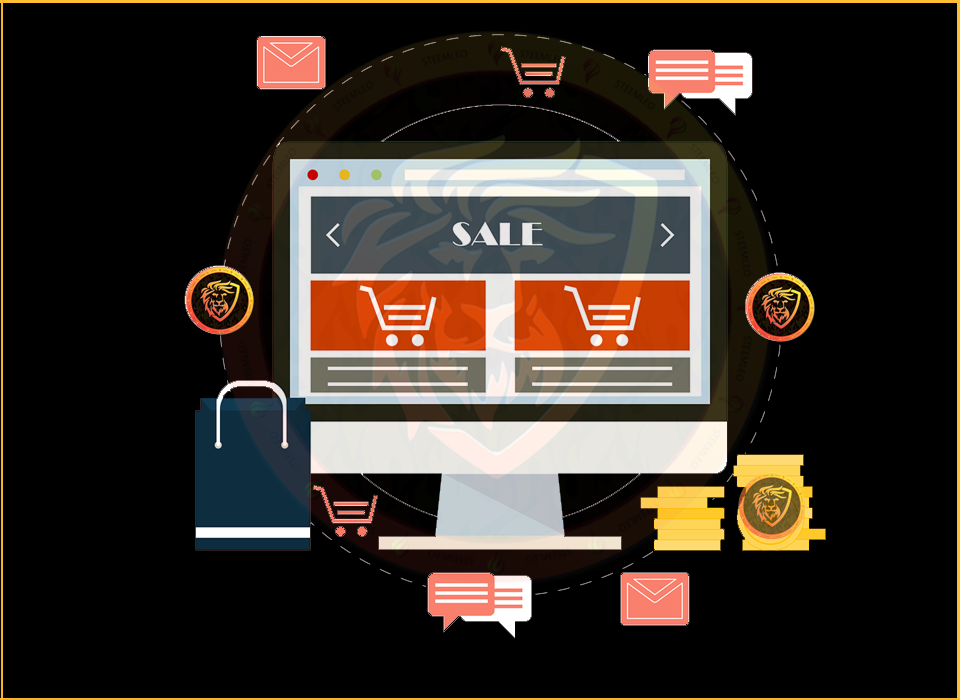 Yesterday I wrote a post titled What is Success? | Rating Crypto Companies and Tribes where I questioned the long-term vision of many crypto companies and tribes. Unless a company or community has a greater vision that they are clearly working toward, their reason for existing seems to be only financially driven.

I’ve seen a few conversations lately about STEEM, various other cryptos and even tribe tokens and why their price seems to fall dramatically over time. Sometimes it makes sense as there is little development and little going on to spur any financial momentum. Other times (especially in the case of STEEM, imo) there is plenty of development to warrant a higher price tag, but a lack of financial momentum could make one question whether the missing pieces of market hype and utility are the drivers for a tanking token price.

When I think about this, I imagine a painter who is creating their next masterpiece. They’ve got their pallet of colors, a vision in their mind and a blank canvas. They are mixing the colors to make beatiful strokes on the canvas. Stroke by stroke, they’re mixing colors and imagination to create a masterpiece. A finished product that is awe-striking to the passerby that eventually examines it at an art gallery.

A token economy is a similar work of art. The founders and community members behind a token must work to bring their vision to life. Instead of mixing colors and strokes on a canvas, they’re mixing the elements of utility, market hype and project development in an effort to see their vision made manifest in reality.

After reading up on a few conversations that I missed while asleep, I was brainstorming some ways that tokens can create more utility — one of the key elements to a successful economy. Token utility is essentially what a token can be used for. Bitcoin has the utilities of being a store of value, a medium of exchange and an immutable history of transactions.

STEEM has some utilities as well. STEEM has the utilities of being voting shares (both in terms of voting for proposals/witnesses as well as voting for content to earn new inflation) and a source of resource credits which allow you to store data on the Steem blockchain and create new accounts. Since the launch of Steem-Engine, STEEM now has the added utility of being a medium of exchange for tokens built on Steem-Engine’s second-layer solution.

When SMTs are released (the testnet just went live, so this should be within then next 3-6 months) STEEM will also be used as the medium of exchange for blockchain-layer tokens built directly on Steem.

STEEM actually has quite a few utilities. Now the issue is driving market hype and bringing in new developers, users and businesses to leverage these utilities to a greater degree. Something that I imagine can happen with the right amount of marketing around the launch of SMTs. Especially if that is coupled with a bull market for ALTs (and hopefully, if STEEM is one of the herd in positive price action).

Tribe tokens offer a similar utility to STEEM in terms of voting rights. There aren’t any tribes at the moment that have “voting” for proposals, development, community leaders, etc. but I can imagine that coming at some point. Tribe tokens are used for Proof of Brain voting to determine the flow of new inflation. The problem is that most tribes are relying on this as their sole source of utility.

If a tribes simply relies on these voting rights as the only reason to hodl their token, then there will be some major issues in the economy of that token. Unless you can cultivate a collective belief that never ends (essentially a pyramid scheme), then your token will lose value over time as people sell and there is less of a reason to HODL the token simply to gain new inflation.

One of the most important things a tribe can focus on is adding real-world utility to their token. Some tribes have begun to brainstorm some ways to go about this. I’ve been wondering the same thing for LEO.

LEO as a Medium of Exchange

The best long-term solution that I am working on for LEO utility (and something that will hopefully launch within the next few months) is a decentralized digital product marketplace. When we look at websites like Seeking Alpha, it’s clear that their business model relies on two main revenue drivers:

Authors make digital products including paid memberships and private content (i.e. ebooks) and then sell them to their audience in exchange for dollars. Seeking Alpha is handling the payment solutions, so authors can just post their products and then focus on driving attention to the products.

Seeking Alpha takes a cut for being the intermediary and host of the products. I’ve had trouble figuring out exactly what cut they take, but I imagine that it’s a relatively high % of each sale. Other sites that offer similar services typically take anywhere from 10%-50% of the profits from sales.

On SteemLeo, we’re going to build a similar marketplace for private digital products. Instead of having these crazy high fees and long waiting periods for payouts (usually anywhere from 7 days to 30 days to get a payout), we can use the LEO token as a medium of exchange.

Authors create a digital product or service related to finance/investing —> Users pay for the product/service in LEO and get instant access —> Authors get the LEO tokens from the sale minus a very small % fee which can be sent to null and burned (something on the order of 1 or 2%).

Users get instant access. Authors get instant payouts and 98-99% of the total sales. A small amount of LEO from each transaction gets burned, creating a deflationary aspect to the token as the platform grows and possibly driving more value to the medium of exchange which authors are earning for their digital products.

It’s a win for everyone involved. Platforms like Seeking Alpha would never do this, as it’s a direct cut to their main source of revenue. It gives more power to the users and a lot more power to the authors who create digital products and services.

This is an extremely important model to implement over time. It’s complex and it will take quite a bit of developmental work and iteration. Other tribes can offer a similar service to their niche. I can imagine all sorts of products being sold on a decentralized marketplace using the SPORTS token as well.

It’s a bright future for tokens that are stepping up, mixing paints and putting strokes on the canvas.

I really like what Leo is doing, and they attract other entrepreneurs naturally!

A marketplace is the ideal sink for tribes. Imagine a homesteading tribe offering their creations out for people to buy, things such as soap, candles, and canned goods.

This is how I envision things unfolding as the new internet rolls out. I wrote a post a few weeks back (or maybe it was a video, I cant recall) that talking about Amazon being cooked. This sounds crazy until one thinks "what if each tribe I was active in had a marketplace that allowed me to purchase goods and services using their token? Thus, a large part of one's regular purchasing would be done on decentralized blockchains using currency earned by doing whatever the tribe does.

That is the key.

I think Steemit should have added a marketplace the first year. That would have set the stage for a much different path. Oh well, it is what it is.

Glad to see you are going to add one.

I have read other comments in the past stating that Steemit missed a serious trick not developing a marketplace. Hopefully LEO and other tokens can lead the way.

Yes it is not a novel idea.

They did drop the ball when there were over two hundred thousand active.

I love the idea of burning a % of the tokens during a market transaction - Tribes don't need to take the cut, just reduce the supply. Nicely written :)

@khaleelkazi, About two sides you've said so artistically, means if nothing happenings in a tribe then no momentum in price, and otherside you are seeing it like a art which about to playin in future. Stay blessed.

I was musing the other day on what do we have insofar as a 'local economy' on Steem, and there are small pockets of it, so we're at the start of something.

The biggest hurdle I see for the Natural Medicine Tribe is having the technical expertise to put together the sales portals for the various products/services we want to eventually see available in exchange for LOTUS.

It's one of the things I'm investigating and researching right now. We have 'online stores' that are accepting STEEM/SBD.... what is involved in opening those up to accepting different SCOT tokens, for example?

I'd love to see (somehow) direct fiat gateways to the tokens too.....but not sure how feasible that is, and how much of a can of worms that would open.

I like the part about selling digital products for the crypto, LEO or any crypto for that matter. And instant payment with a low percent fee would be ideal. I would like to know if resellers that have resell rights would get to post things and get paid the same way.

This post has been included in the 201st edition of The Steem News - a compilation of the key news stories on the Steem blockchain.