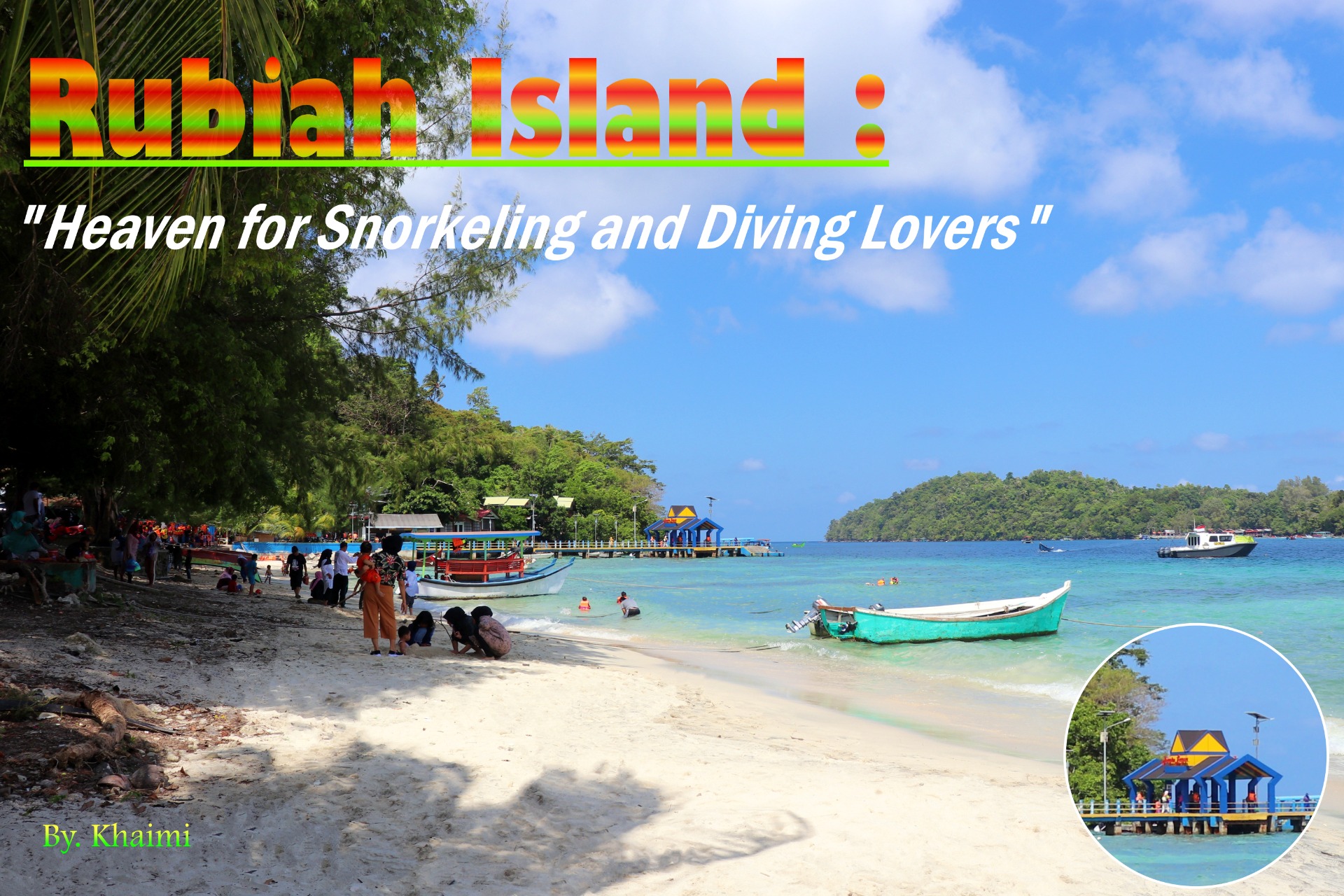 Read "Rubiah Island: Heaven for Snorkeling and Diving Lovers" on TravelFeed.io for the best experience 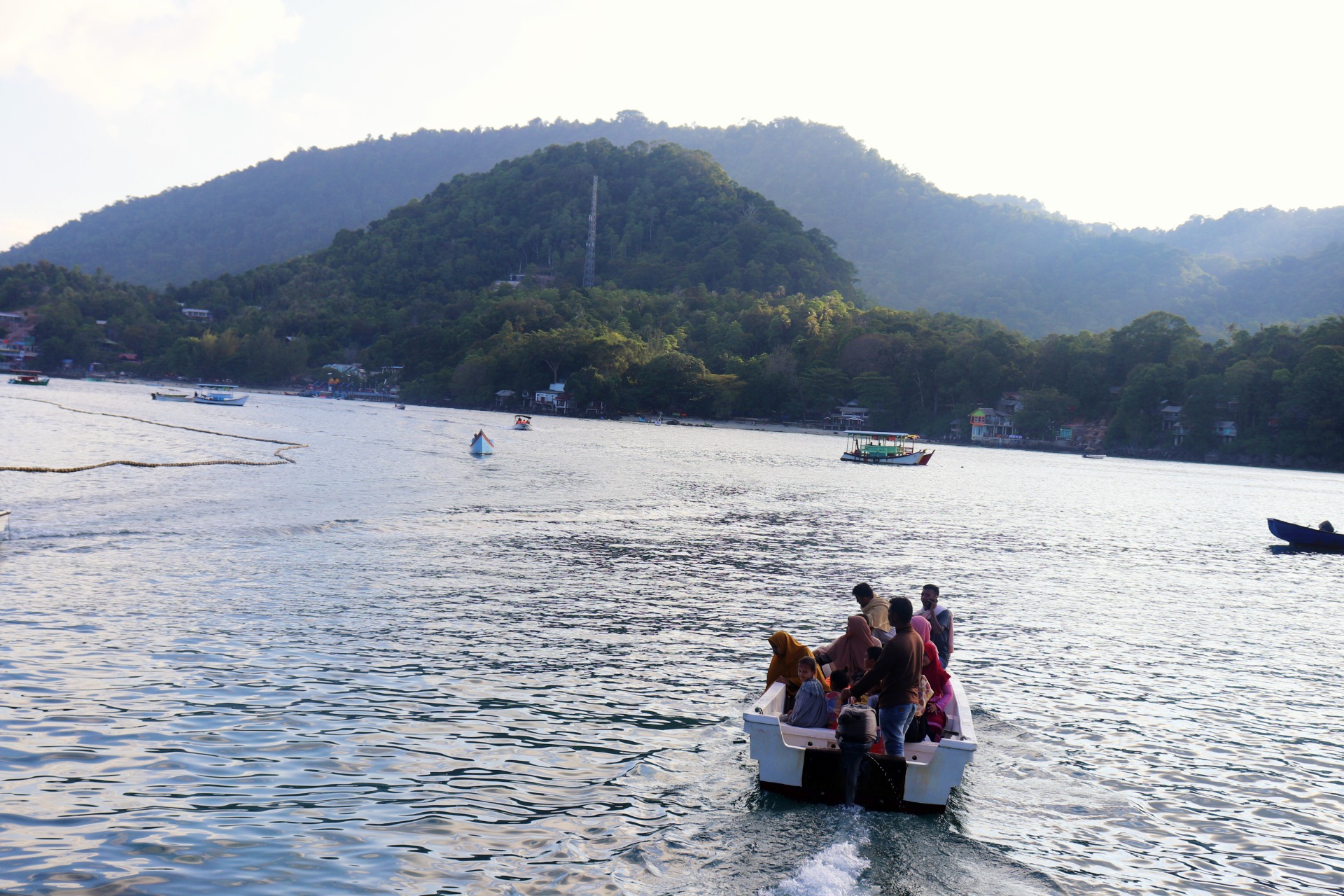 Who does not know Sabang? Oh yea, Sabang is located at the tip of Sumatra Island and also known by The Free Economic Zone and The Westernmost area of ​​Indonesia because Sabang has long been known with 0-kilometer point. 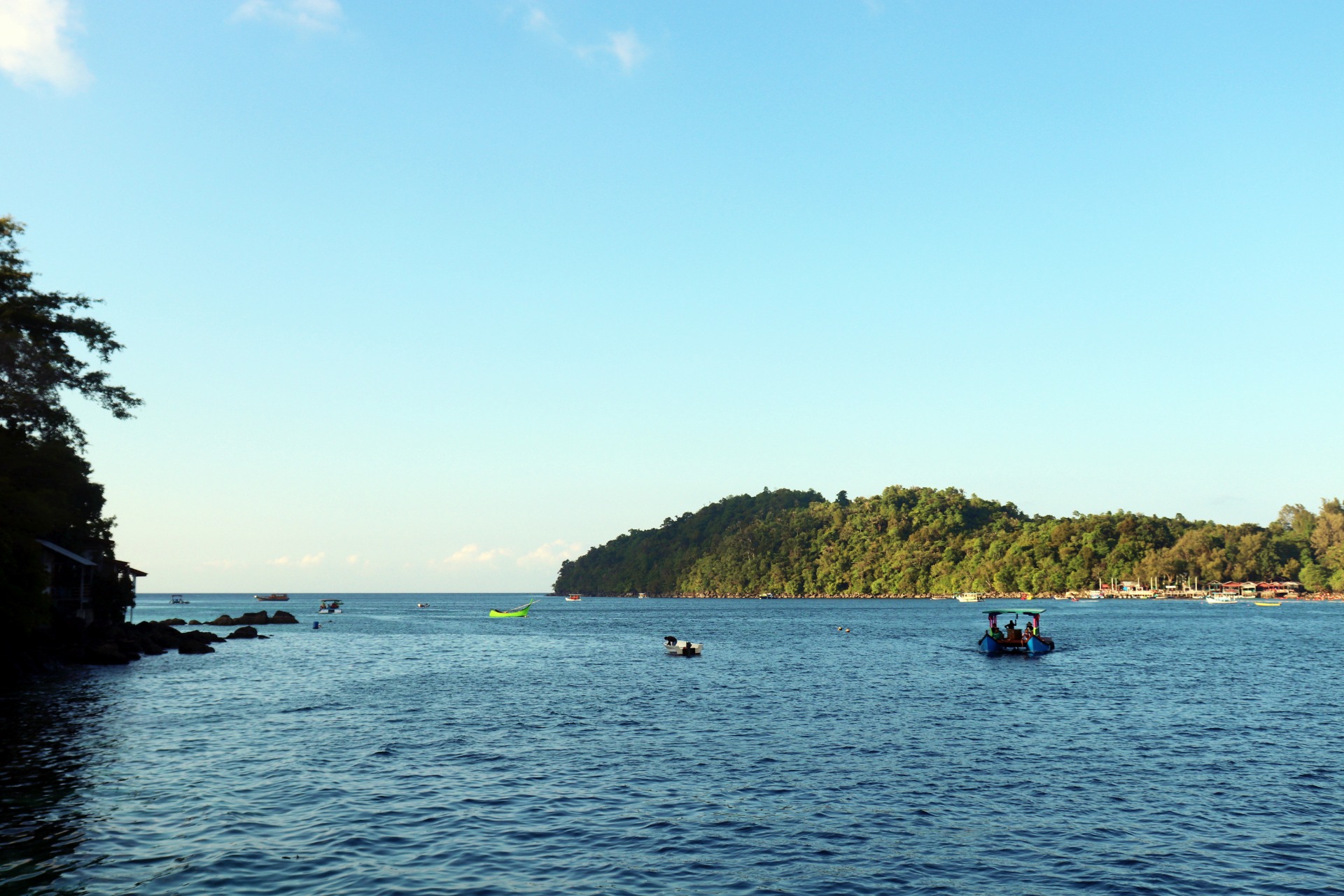 As a city in the westernmost part of Indonesia, Sabang has many beautiful tourist attractions, some of which I have mentioned. This time I want to tell the most phenomenal in Sabang, most visited and most beautiful. Its name is Rubiah Island. Really, Indonesia's territory stretches wide and beautiful and no one doubts it. Do not you believe ? just come to Indonesia, especially Rubiah Island, Sabang, Aceh, Indonesia which is claimed as a paradise for lovers of diving and snorkelling. 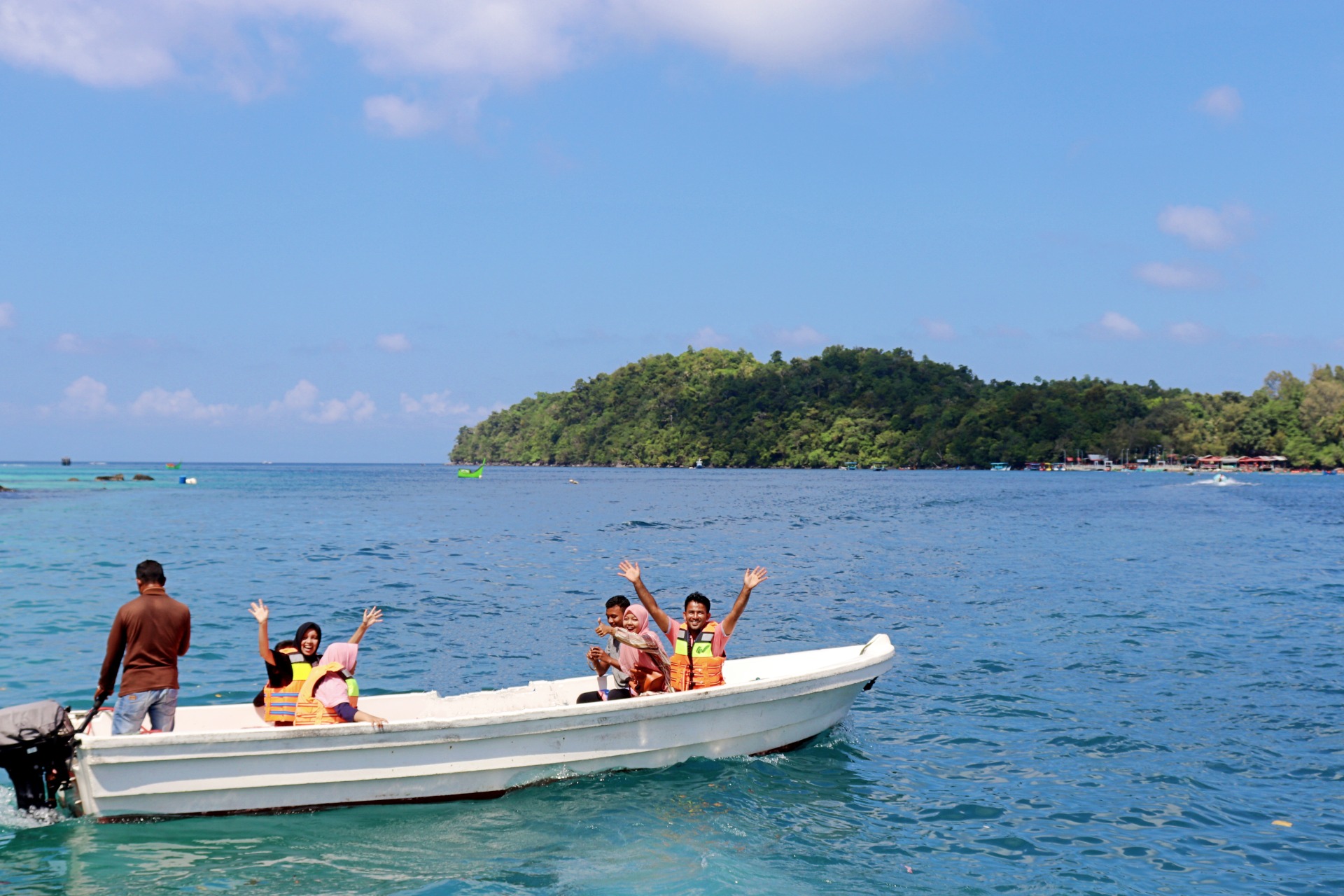 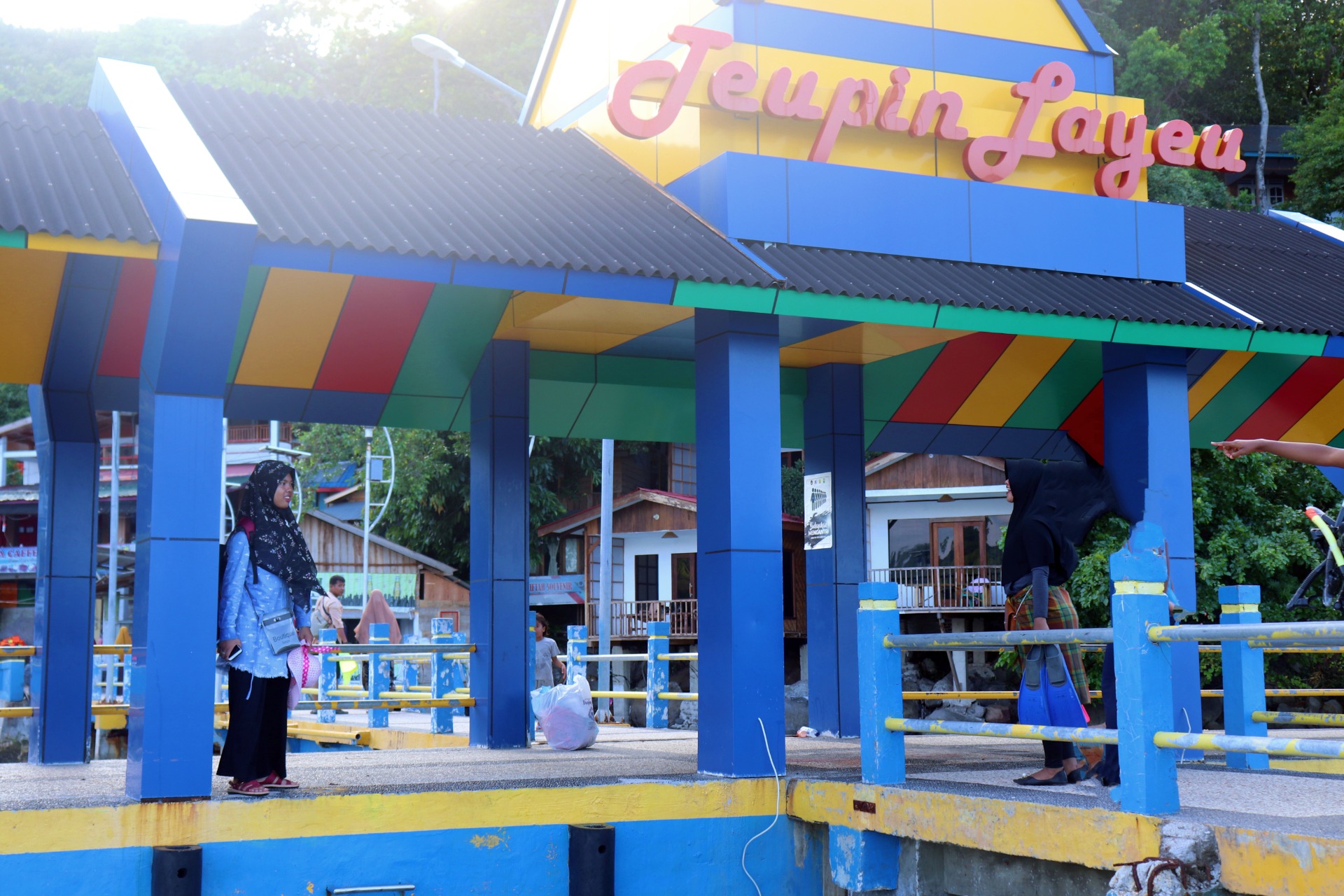 Rubiah Island is geographically part of Weh Island located in the city of Sabang, Aceh, Indonesia. The position of Rubiah Island is located in the northwest of Pulau Weh. The population is not too large (Central Statistics Agency notes: the population in Sabang is only around 35,220 people). If you have never been here then the first thing you do is come to the Ulee Lheu Port in Banda Aceh for later you board the shipping route Banda Aceh - Sabang. 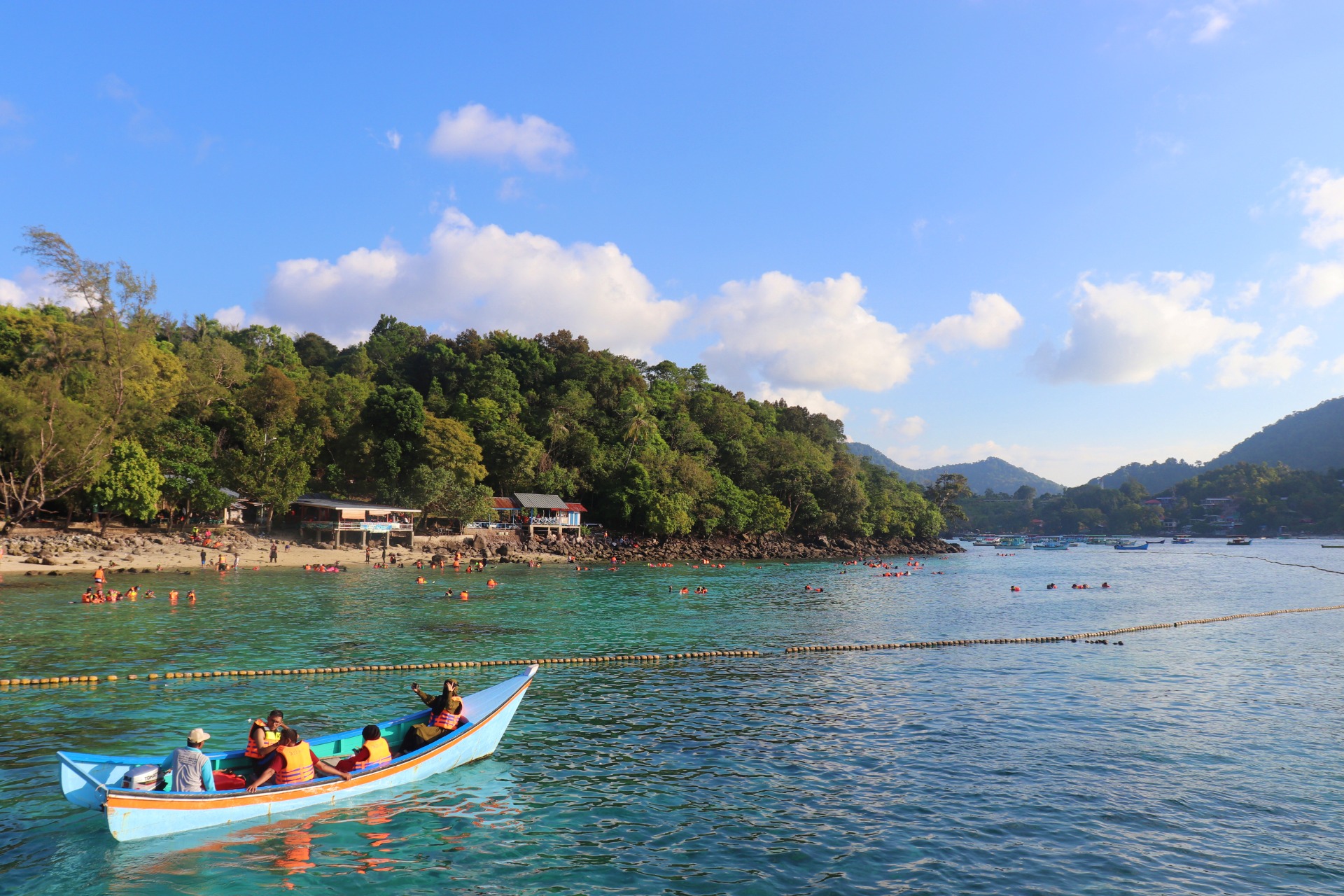 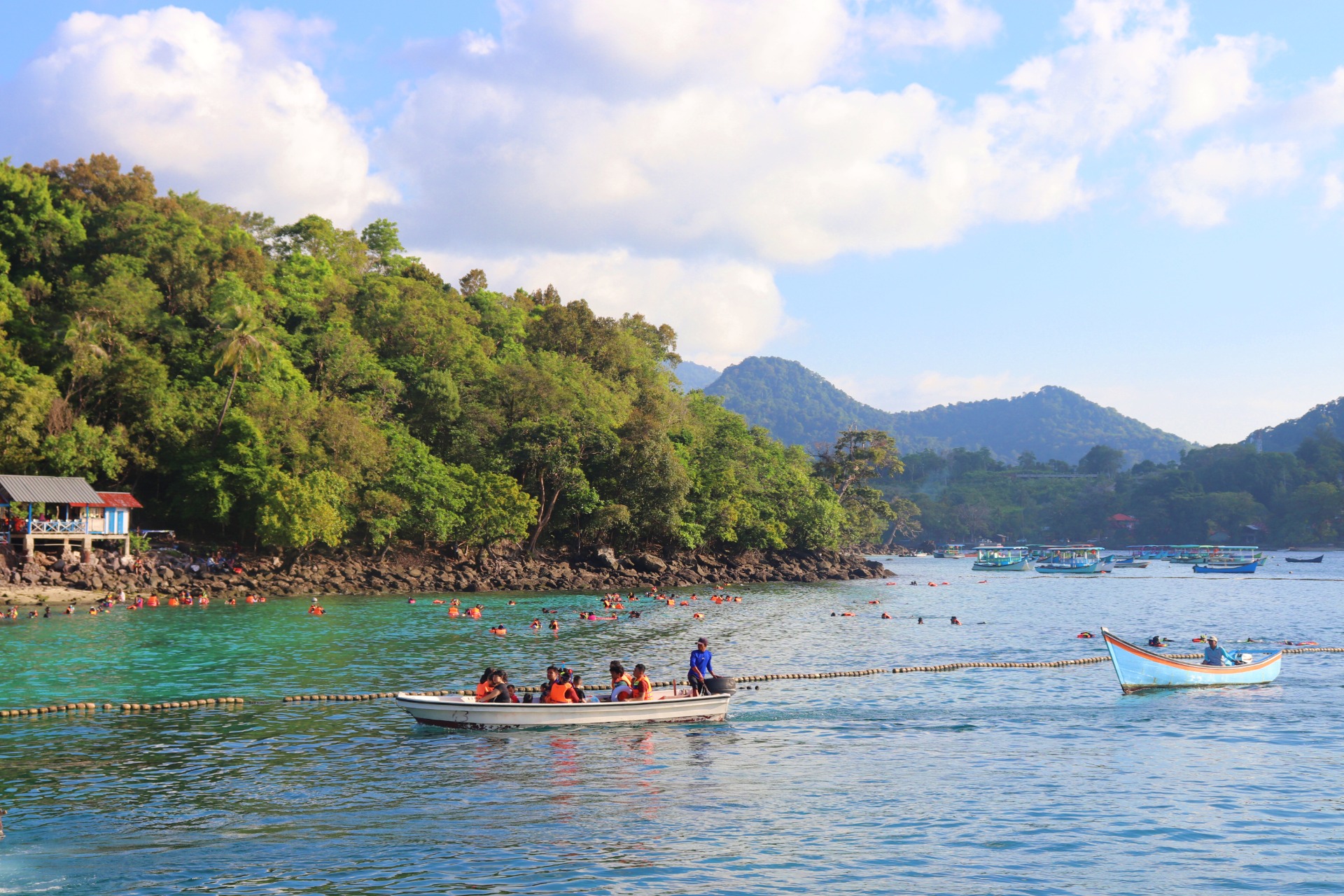 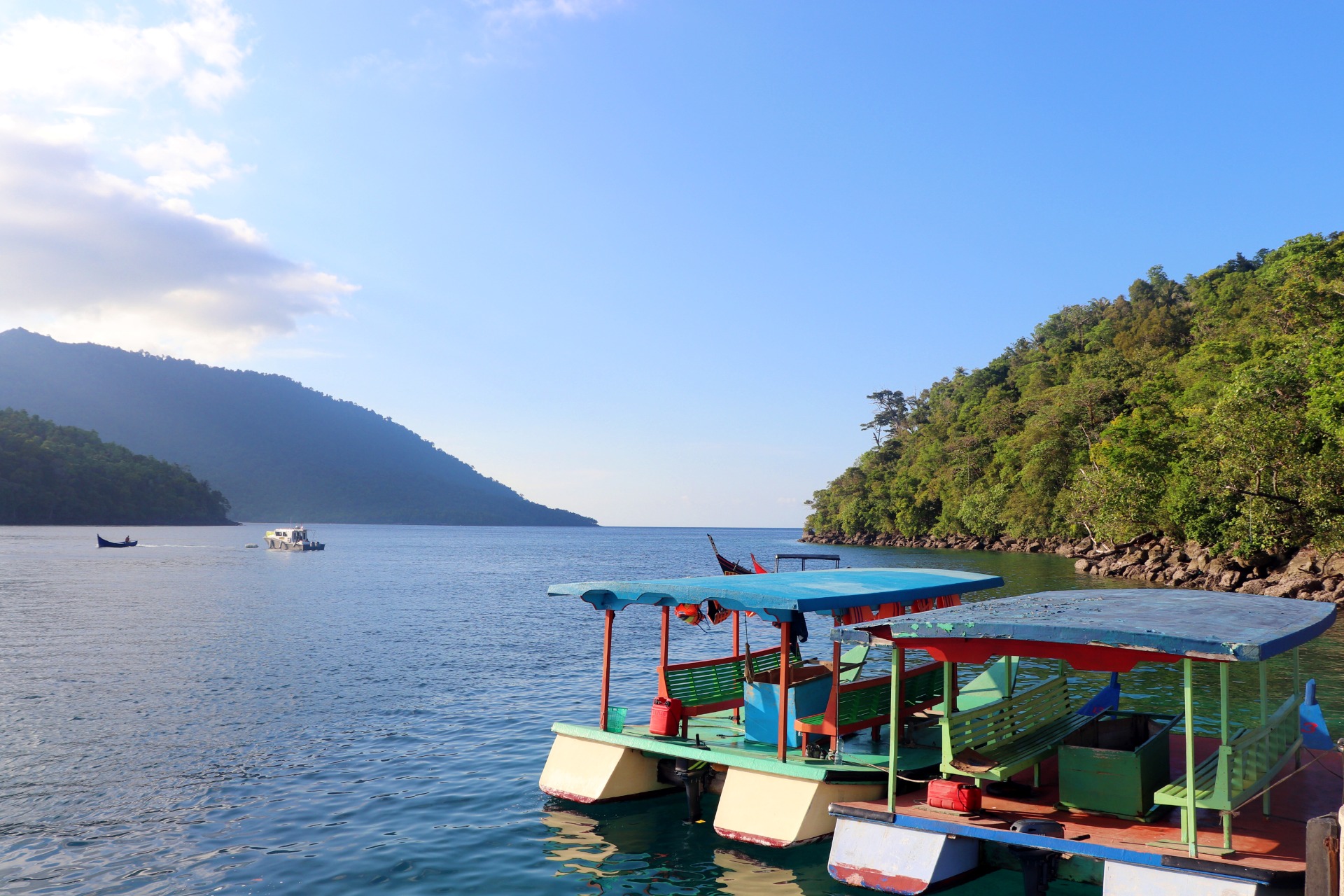 Arriving at Sabang Free Port, later if you want to go to Rubiah Island, then there are two alternatives, first, you can take the route using a motorboat, I don't recommend it because it is a little expensive, but if you use land transportation then you can take a taxi or motorcycle and the cost is not too expensive. Especially before you go there, you can enter the famous city of Sabang. 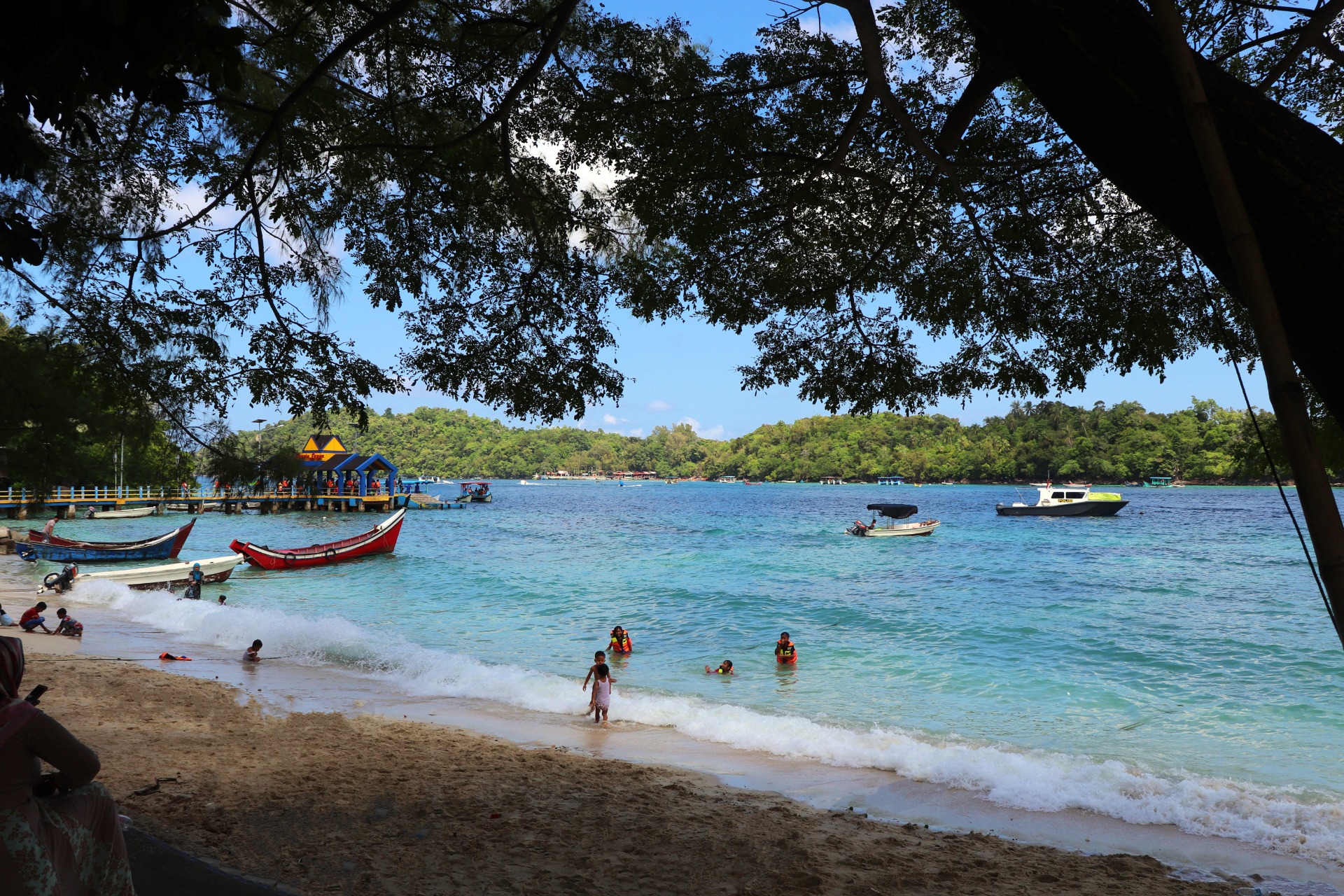 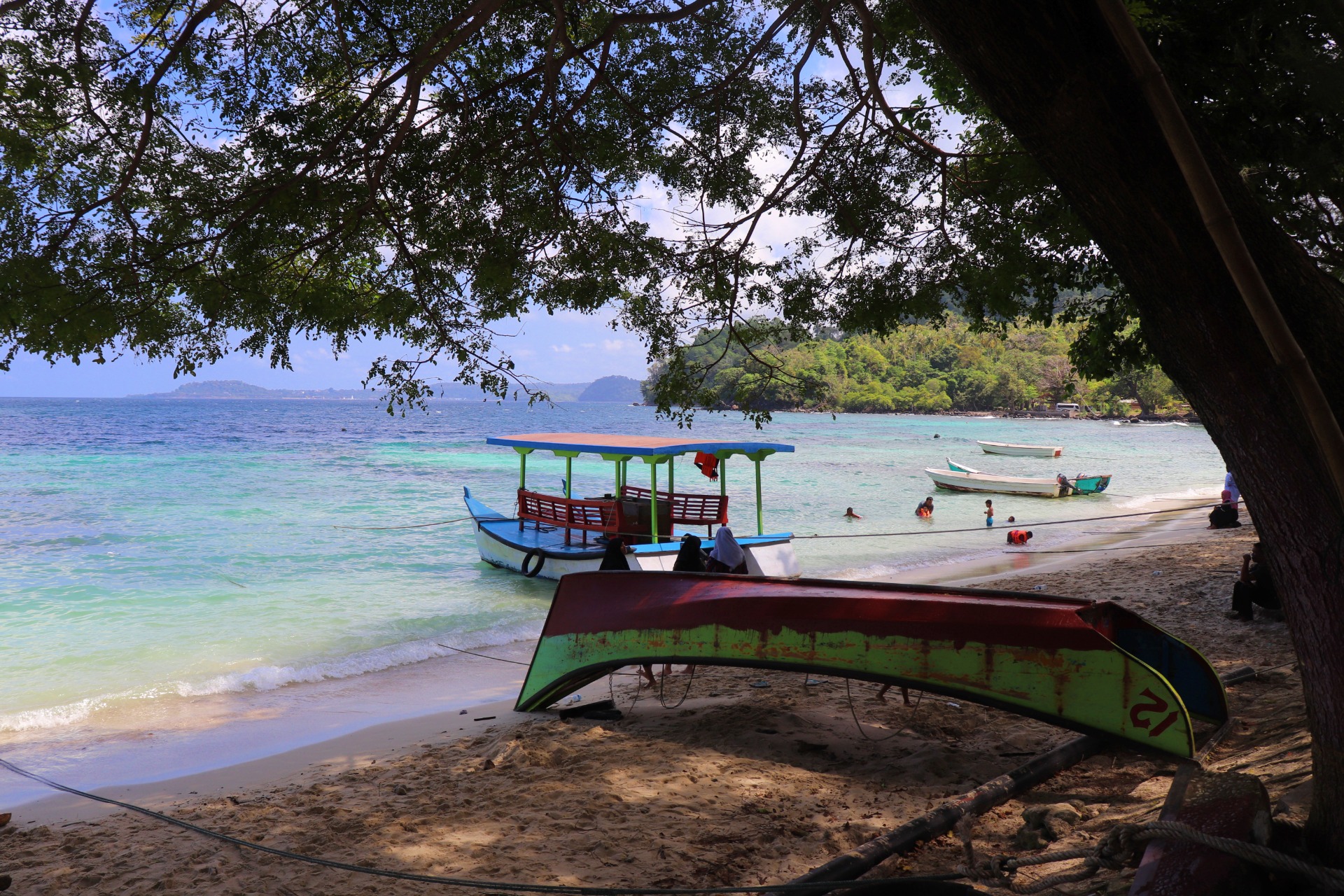 # Meet the beautiful beach before the most beautiful island

Yes, this is true, when you want to go to Rubiah Island, then automatically you will enjoy some beautiful beach views, this beach is called Iboih Beach. From this beach, you will also cross using speedboats and wooden boats to get to Rubiah Island. 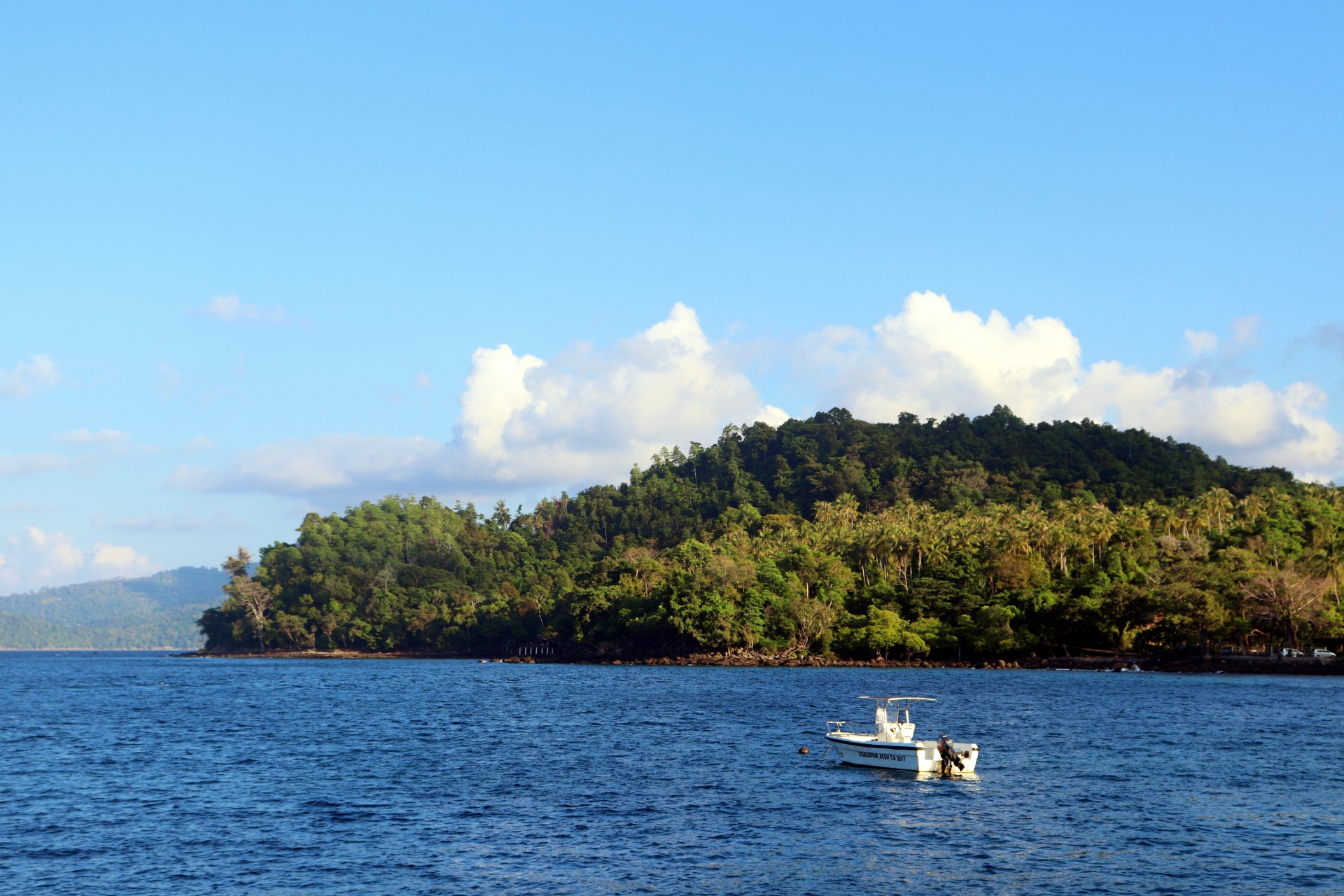 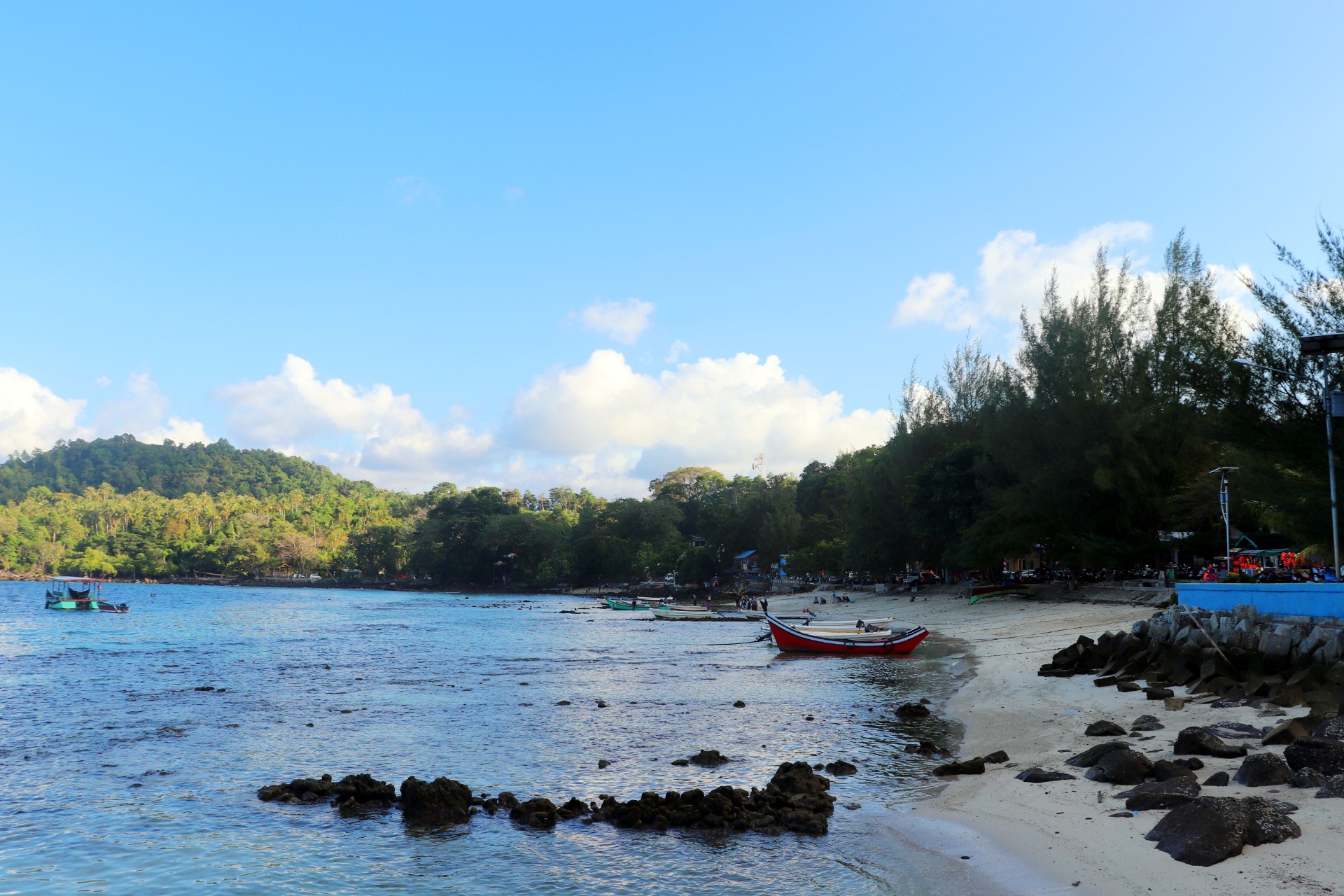 The long stretch of beach is an attractive place for children to play white sand. At the same time, several fishermen also parked their ships here. 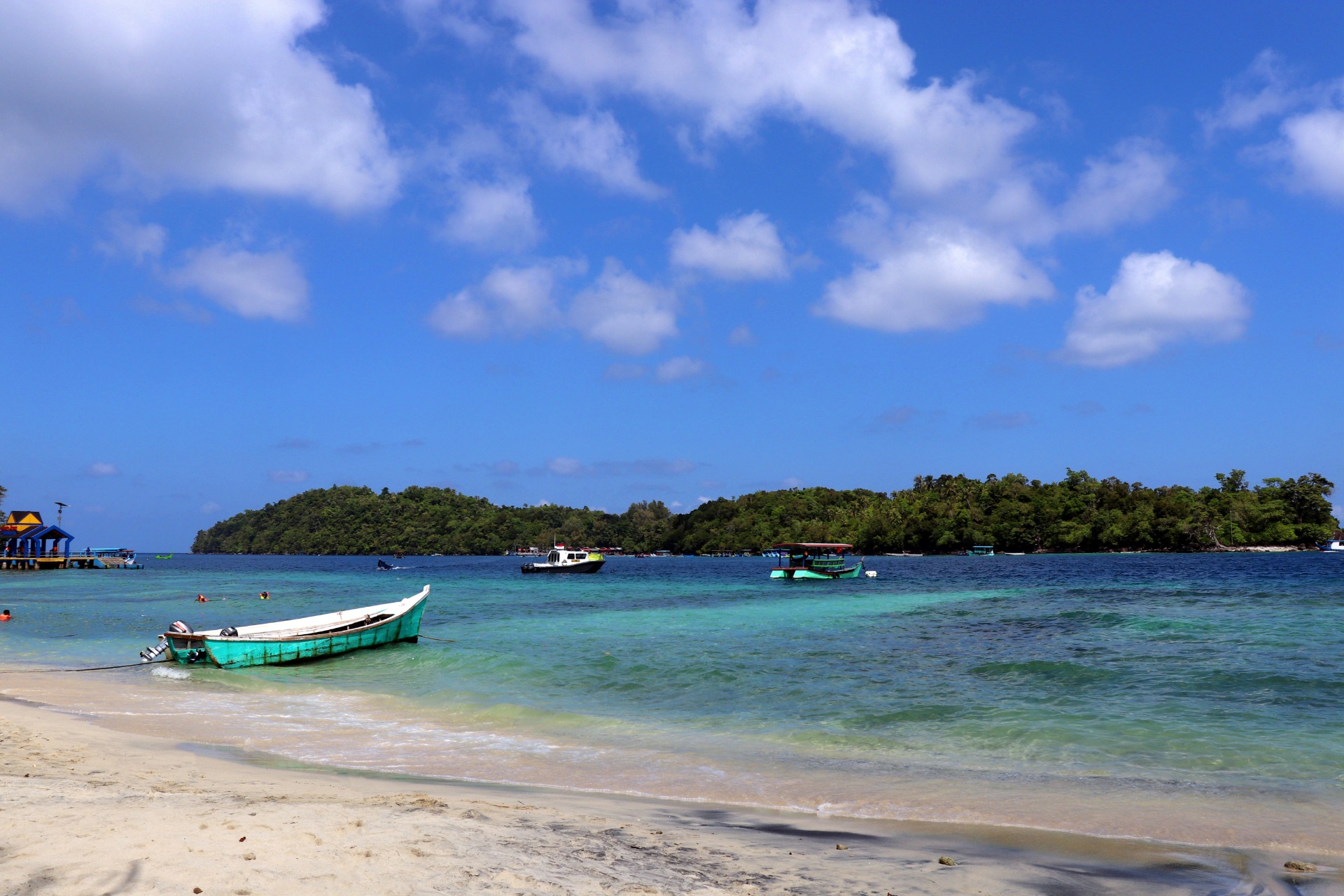 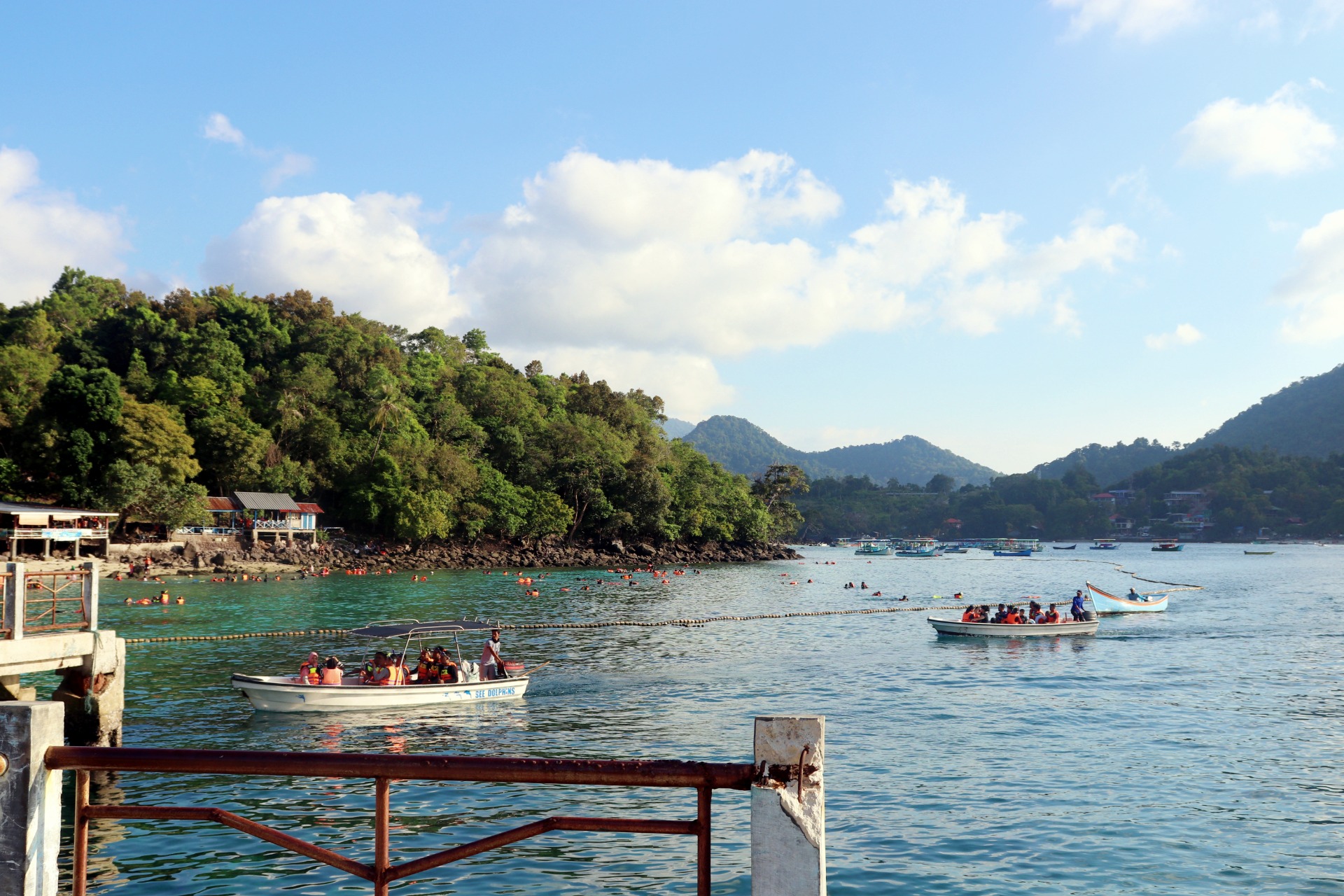 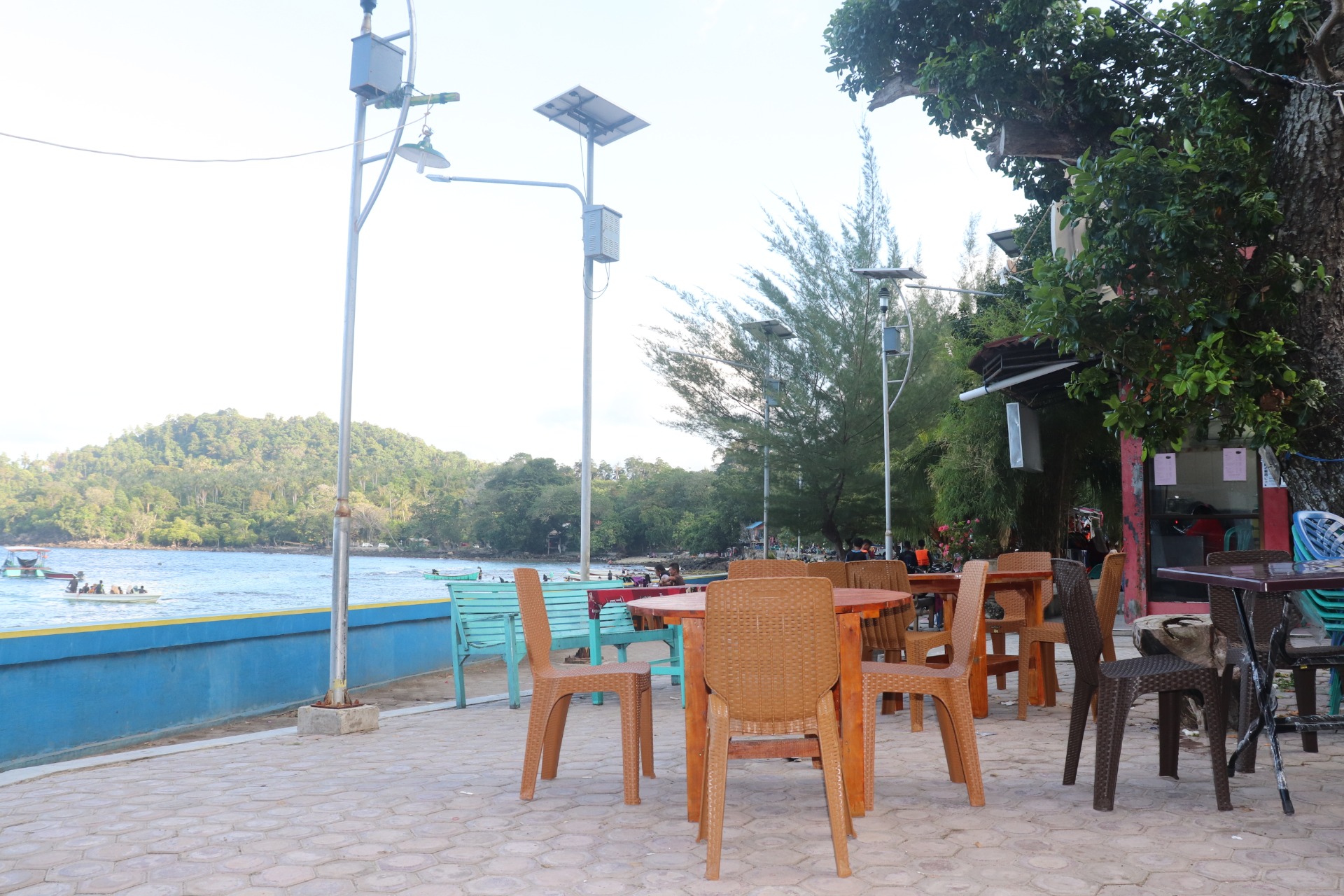 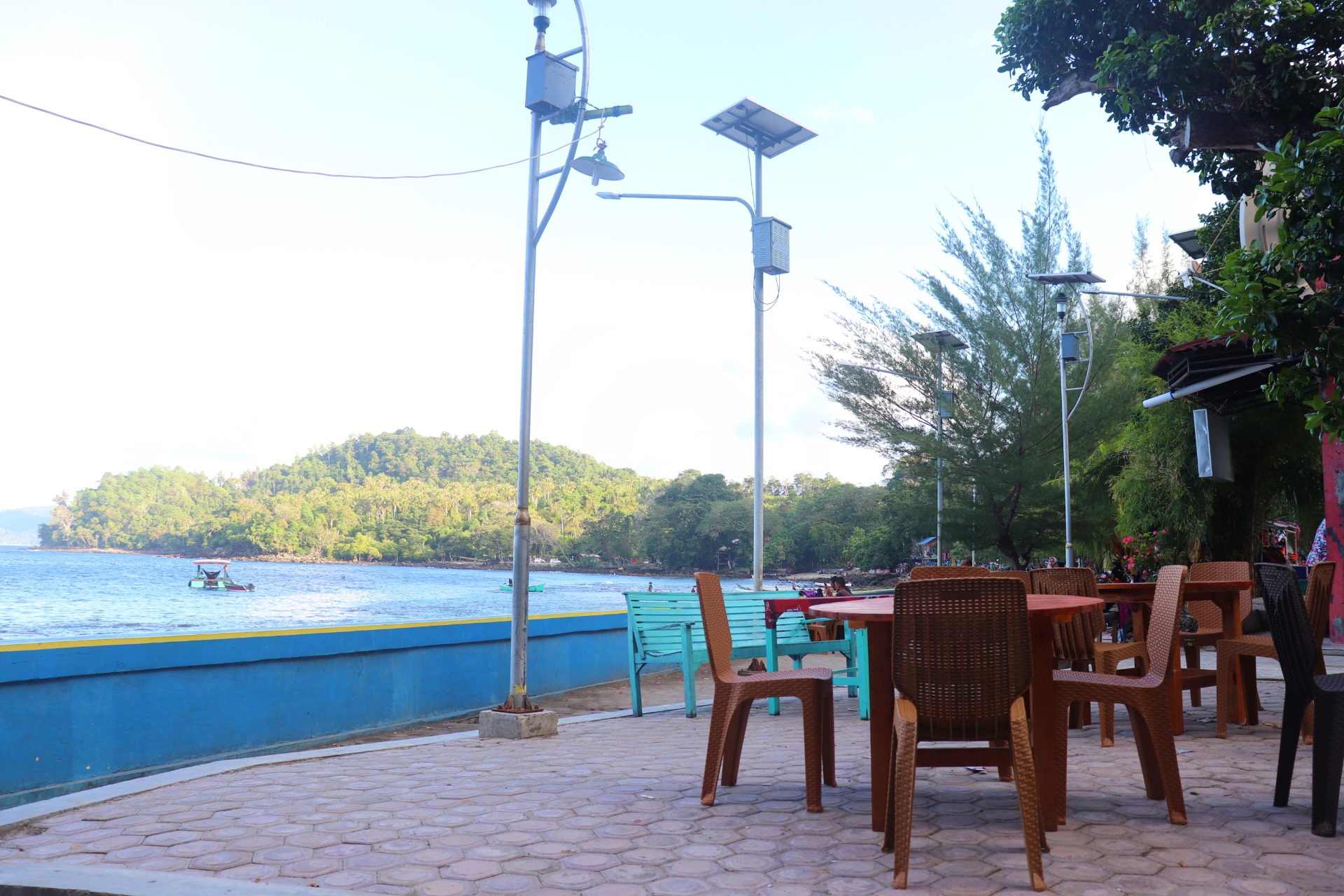 Iboih Beach has an administrative population and is an alternative place for tourists who want to enjoy the night while looking at Rubiah Island. If you bring a vehicle, then Iboih Village is a place to park your vehicle and the facilities here are more complete because there are several lodgings, villas and hotels. 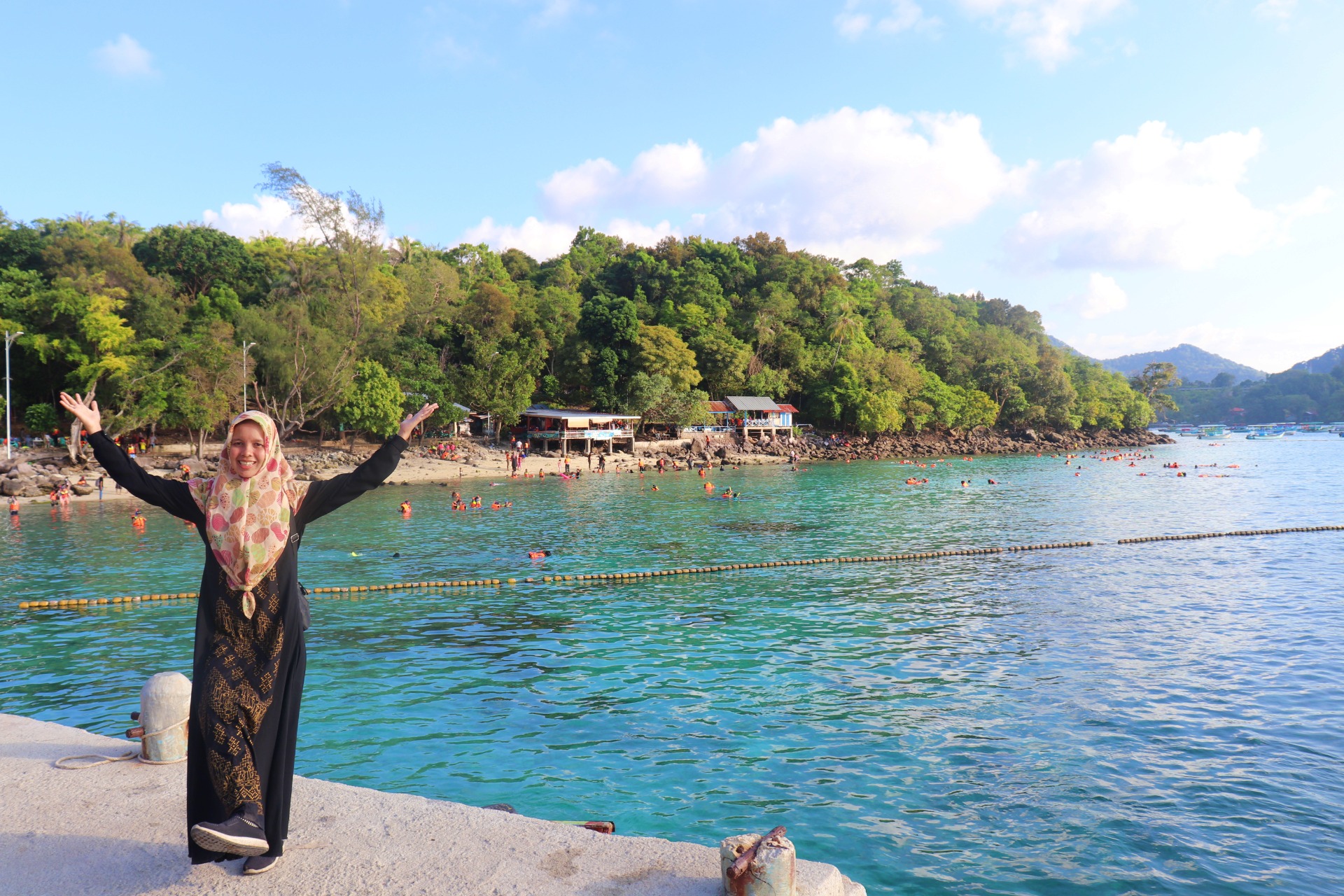 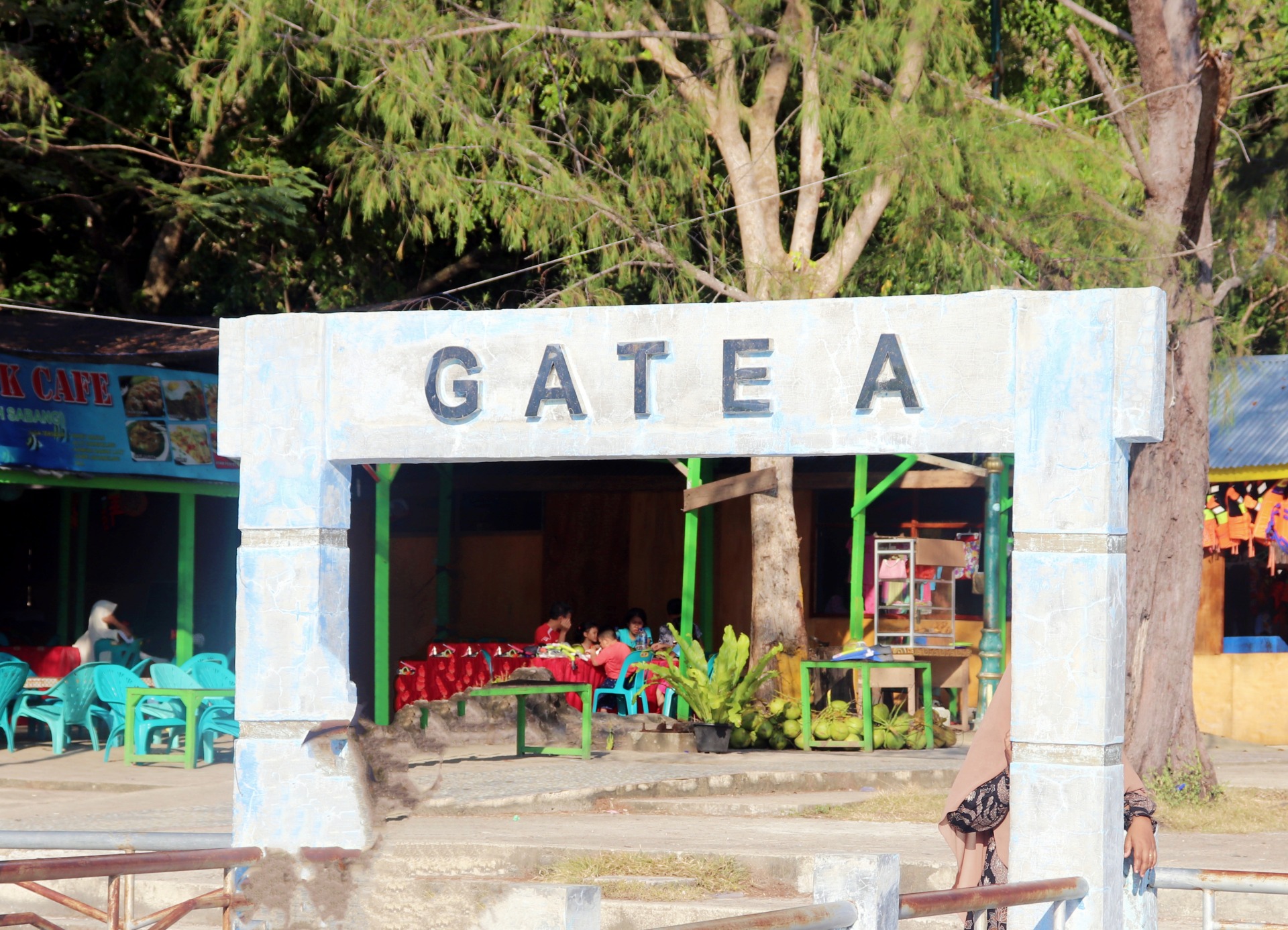 Well, when you get to Rubiah Island, you will be welcomed by a charming natural landscape. The vast blue sea is combined with the white sandy beach and the soothing green hills. Small boats that pass by also make the atmosphere seem more exotic and cool. According to historical records, this island is often used as a transit point for pilgrims who want to go to Mecca, Saudi Arabia to perform Hajj. As for the war period in Aceh, Rubiah Island was used as a base of defence where the remnants can still be found there.

It's not complete if you visit Rubiah Island just to look around, but everything will be more perfect when you enjoy the natural beauty of the underwater, the way is by snorkelling or diving. Rubiah Island has very charming underwater scenery, even its beauty can attract foreign tourists. Under the sea, you can easily find a variety of beautiful marine life such as clownfish, Nemo fish, blue botana fish, angelfish, lionfish, reef fish, and others. 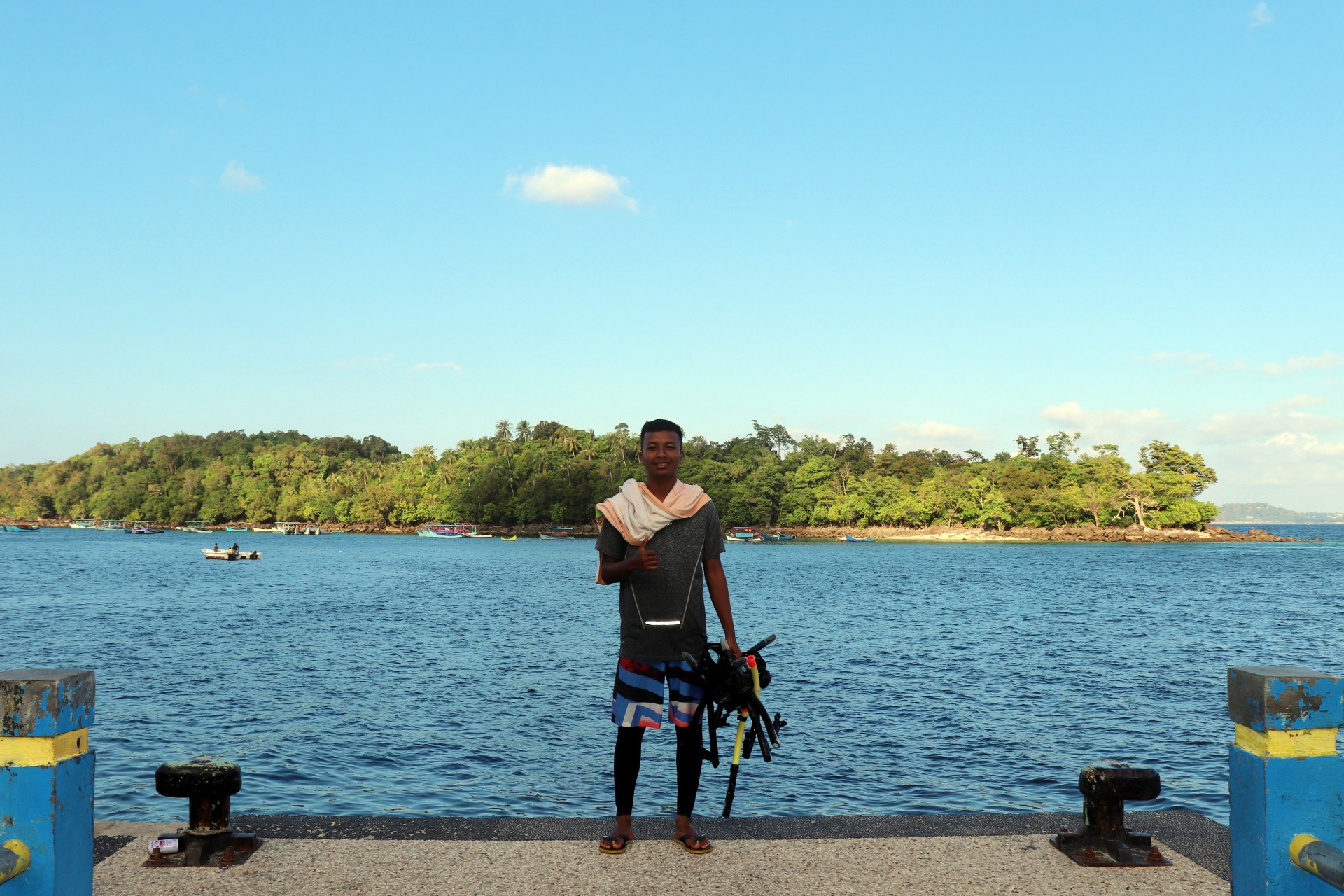 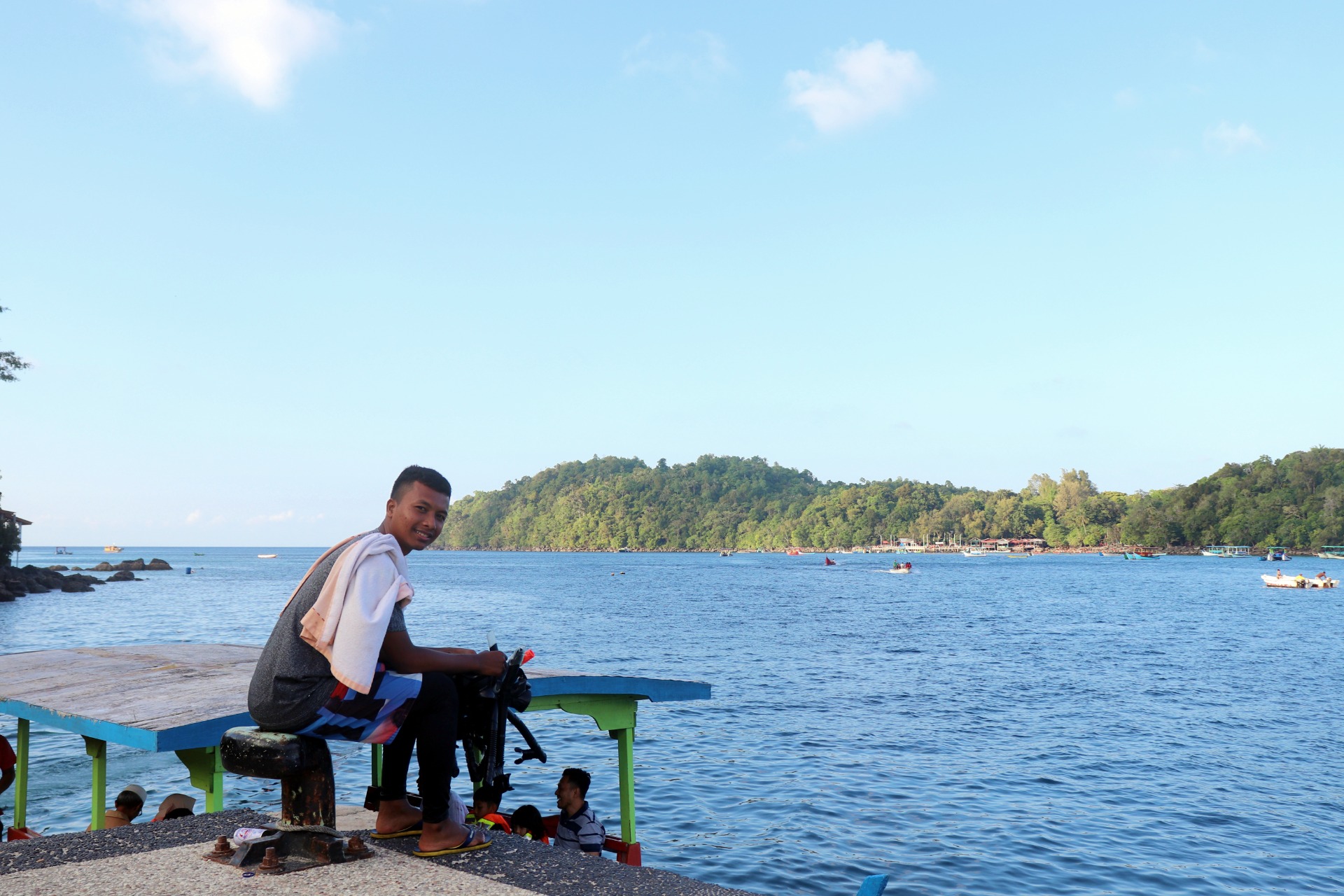 There are also a variety of colourful coral reefs which are sure to spoil your eyes. Unfortunately, I can only capture a few photos on the surface of the water, because my camera can not enter the water. I was also negligent because I forgot to take photos because I was busy playing snorkelling. 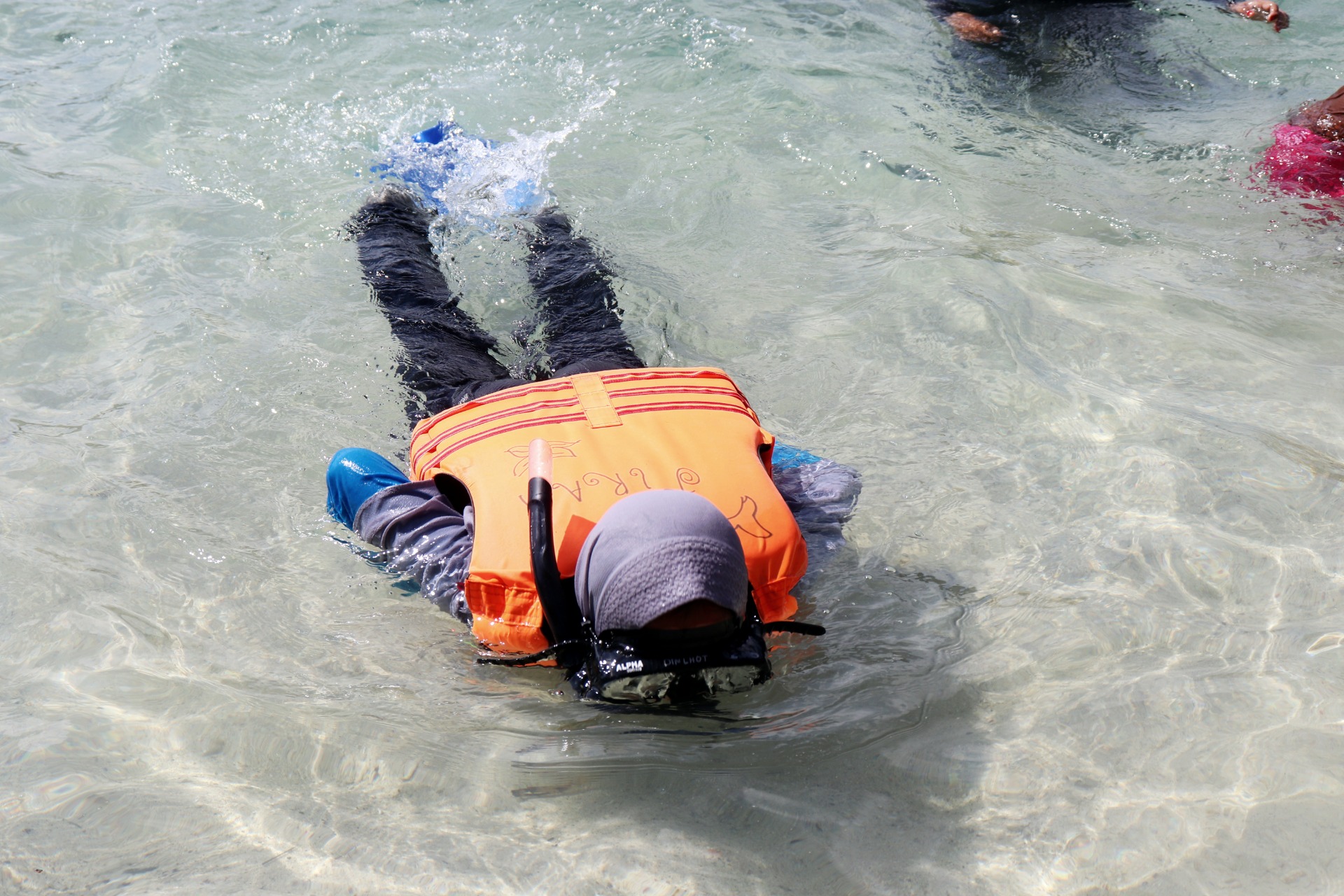 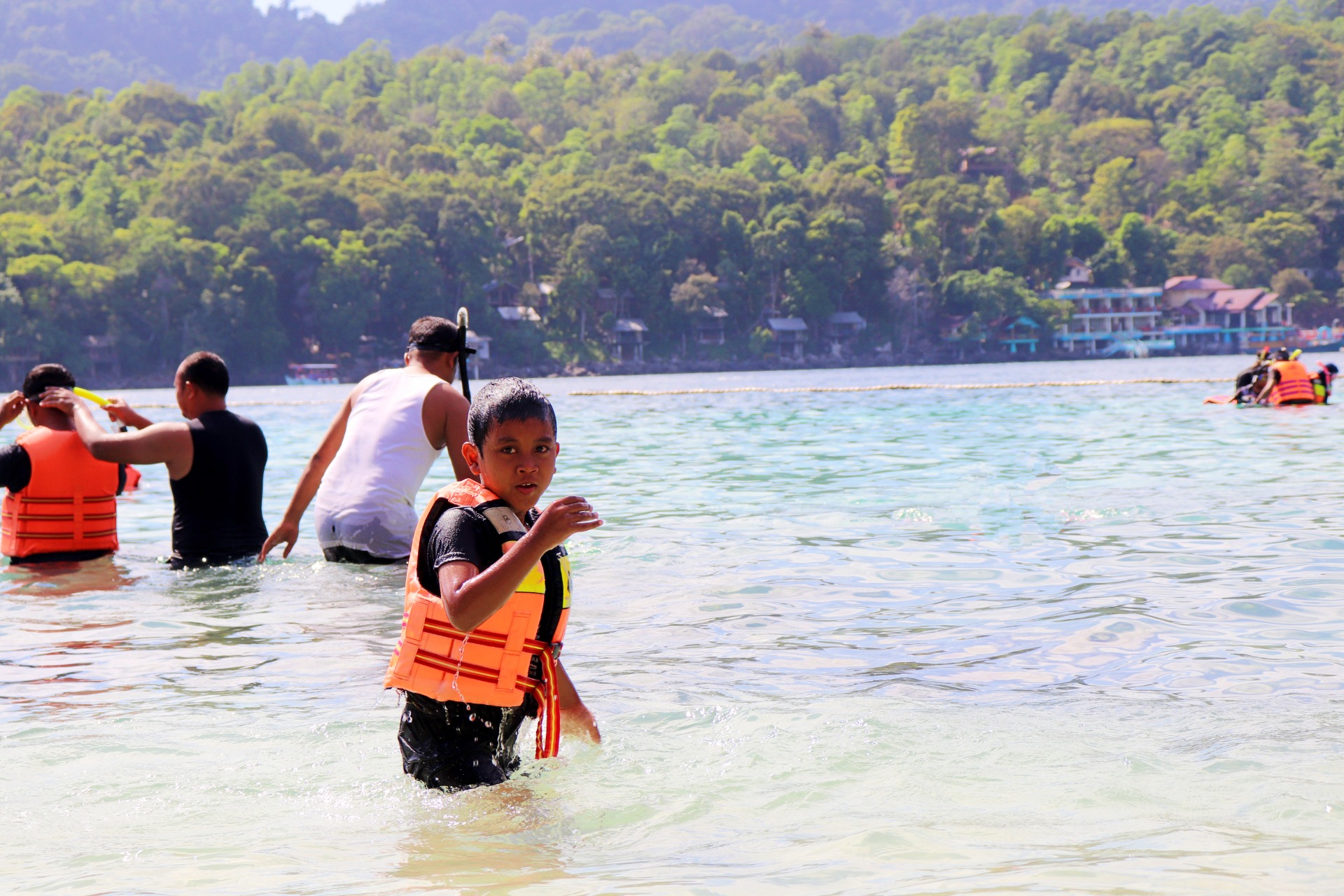 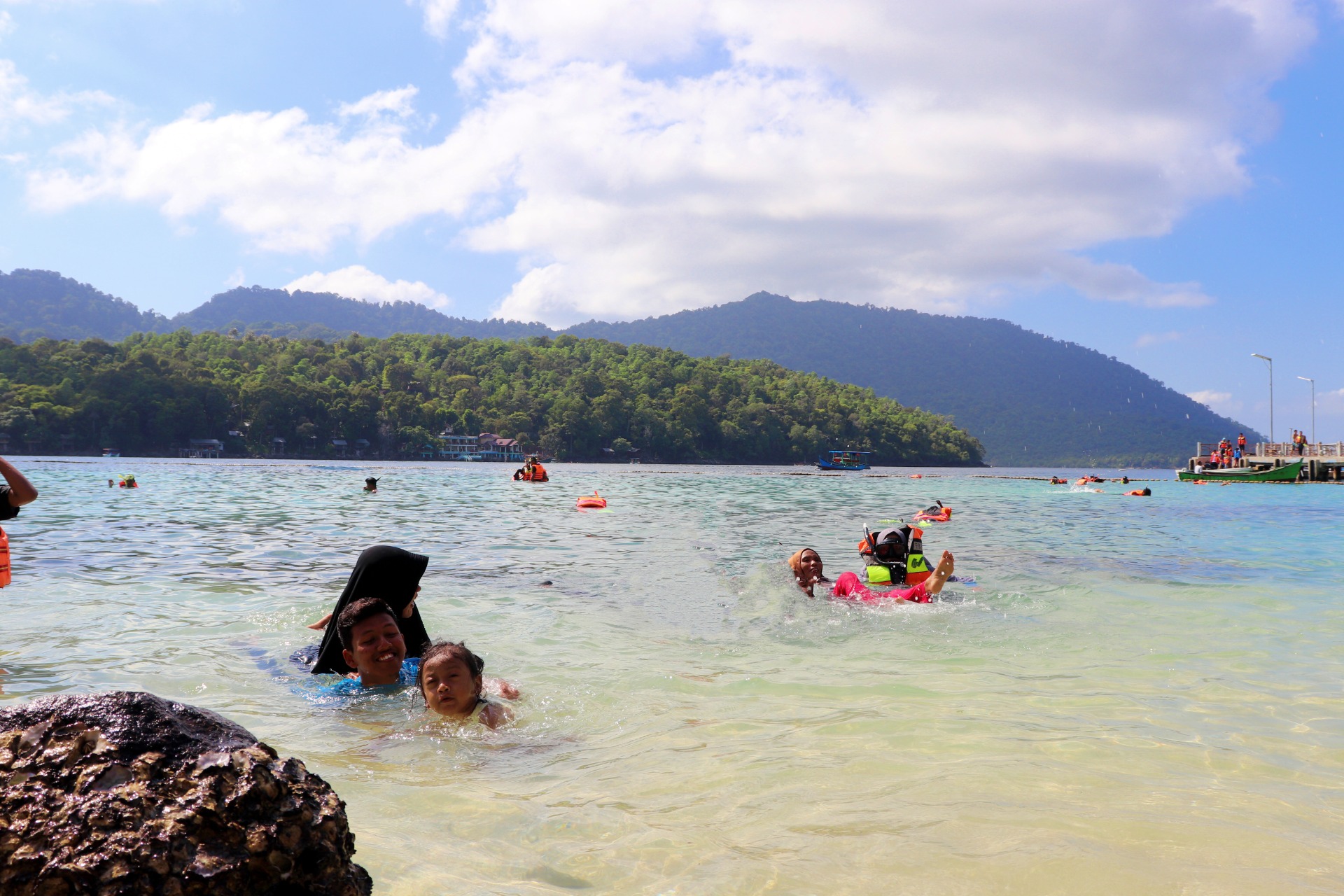 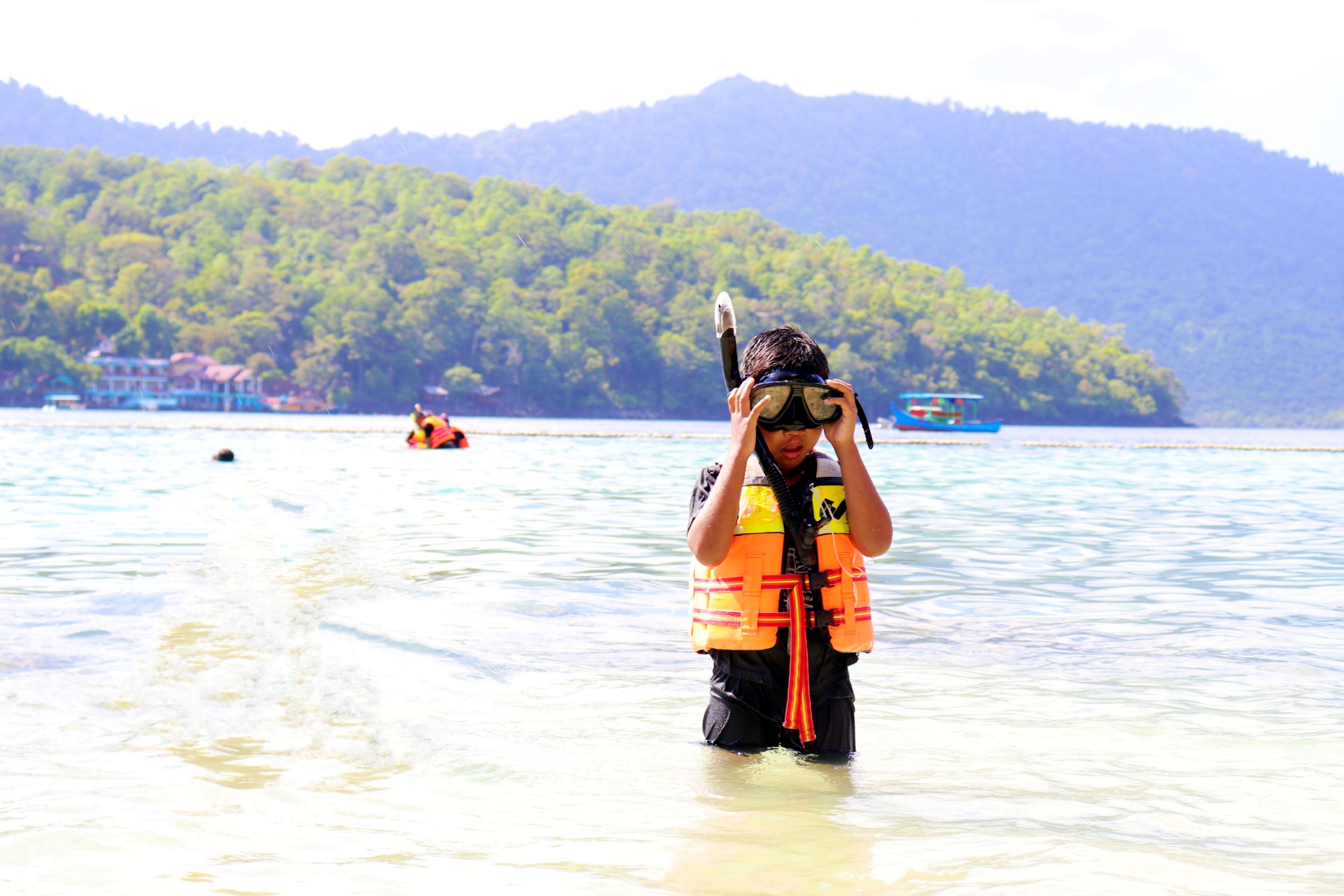 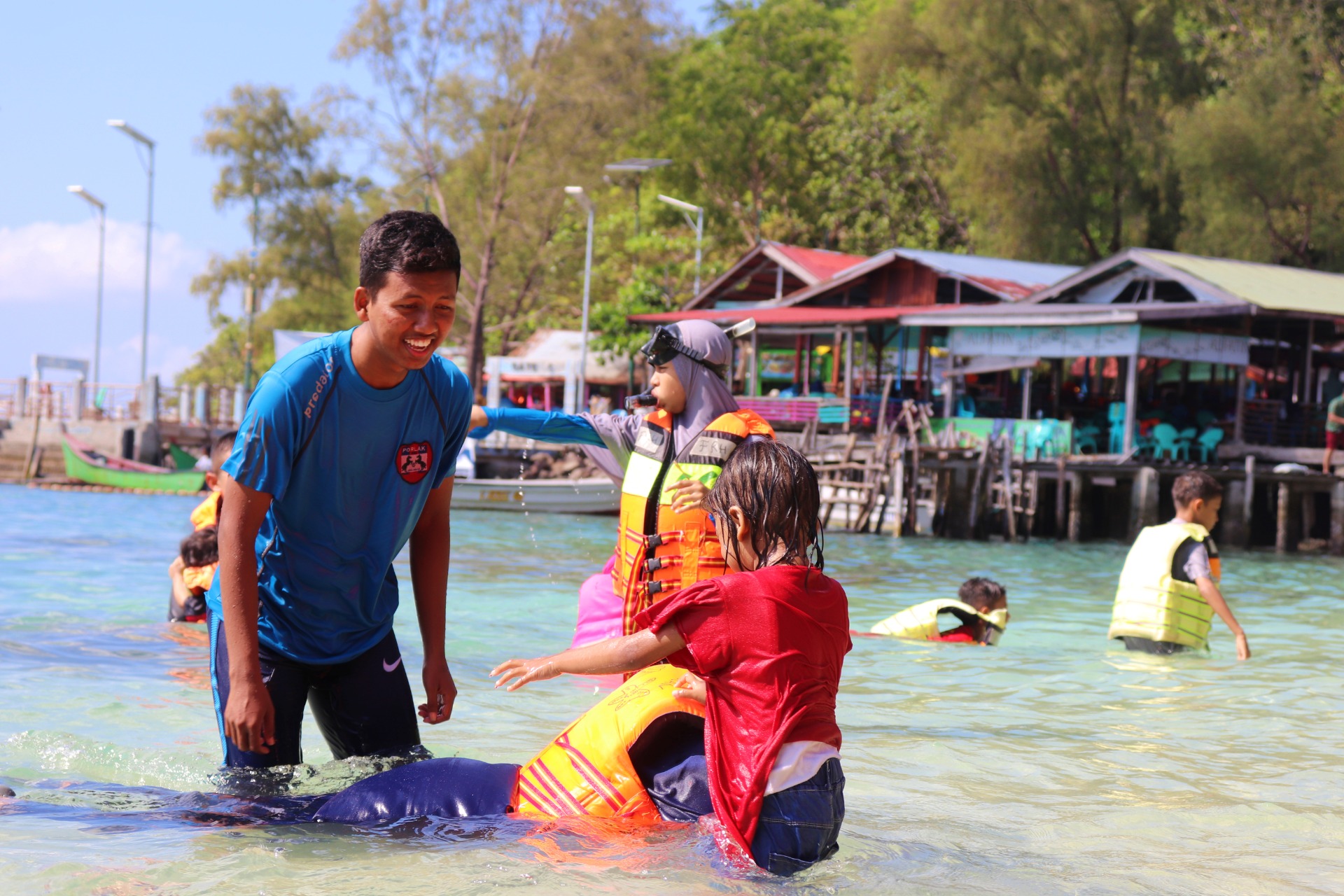 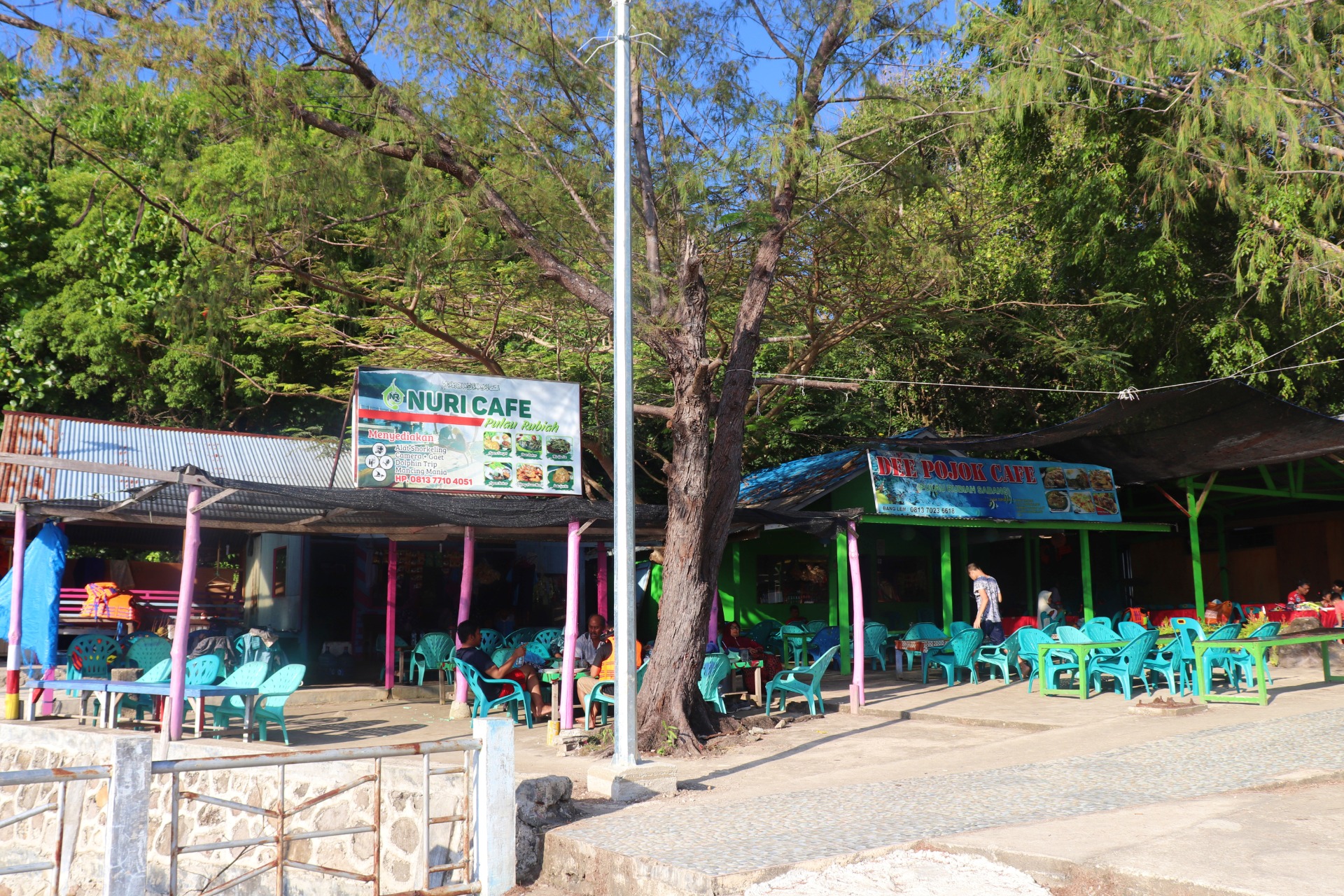 Rubiah Island is indeed uninhabited, but every day people are always busy coming here, so I call residents of this island with sudden residents. Btw, facilities on the island are quite complete, there are places to stay overnight, but there are still fewer places to stay here, in my opinion, there must be added because tourists who come continue to increase every year. 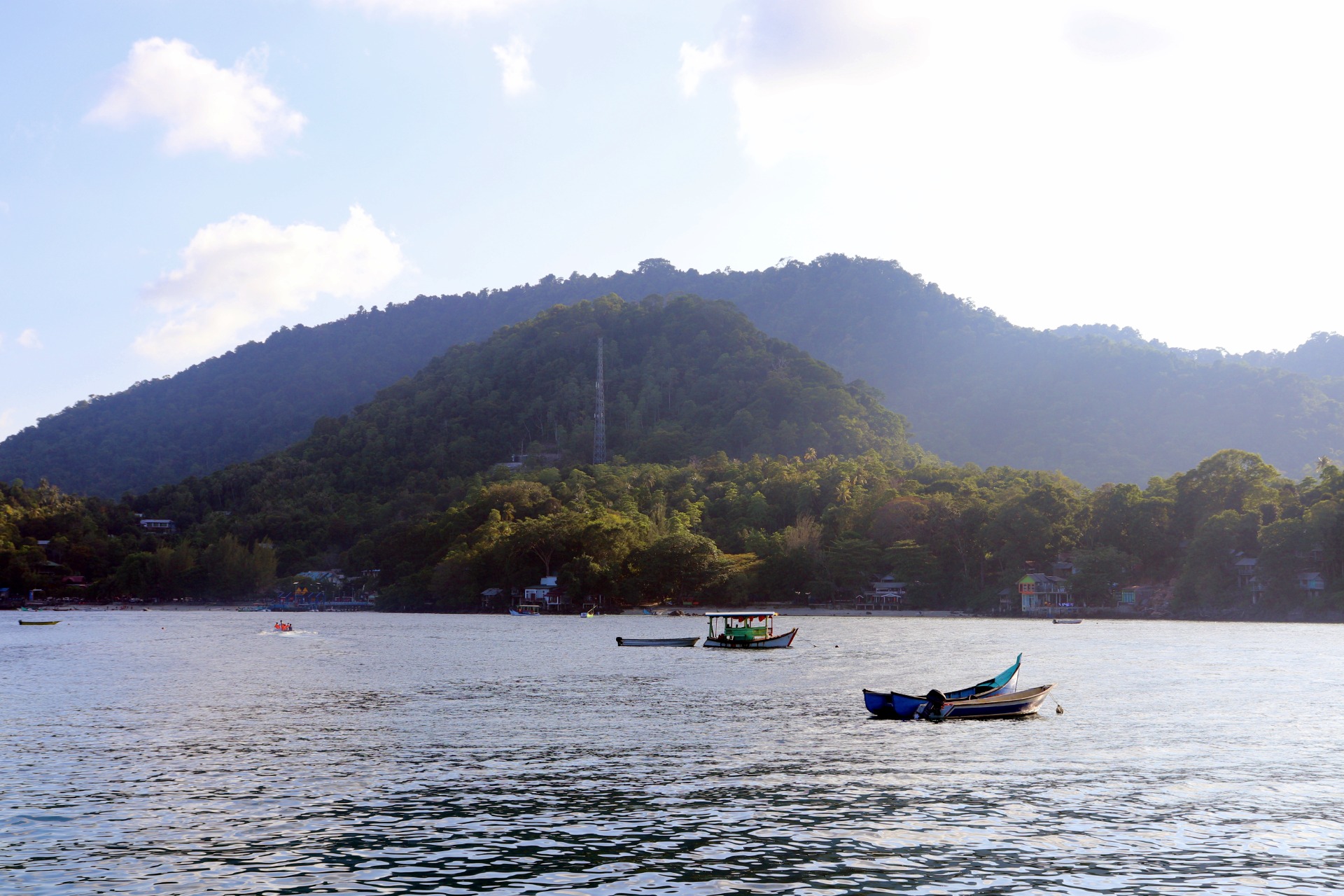 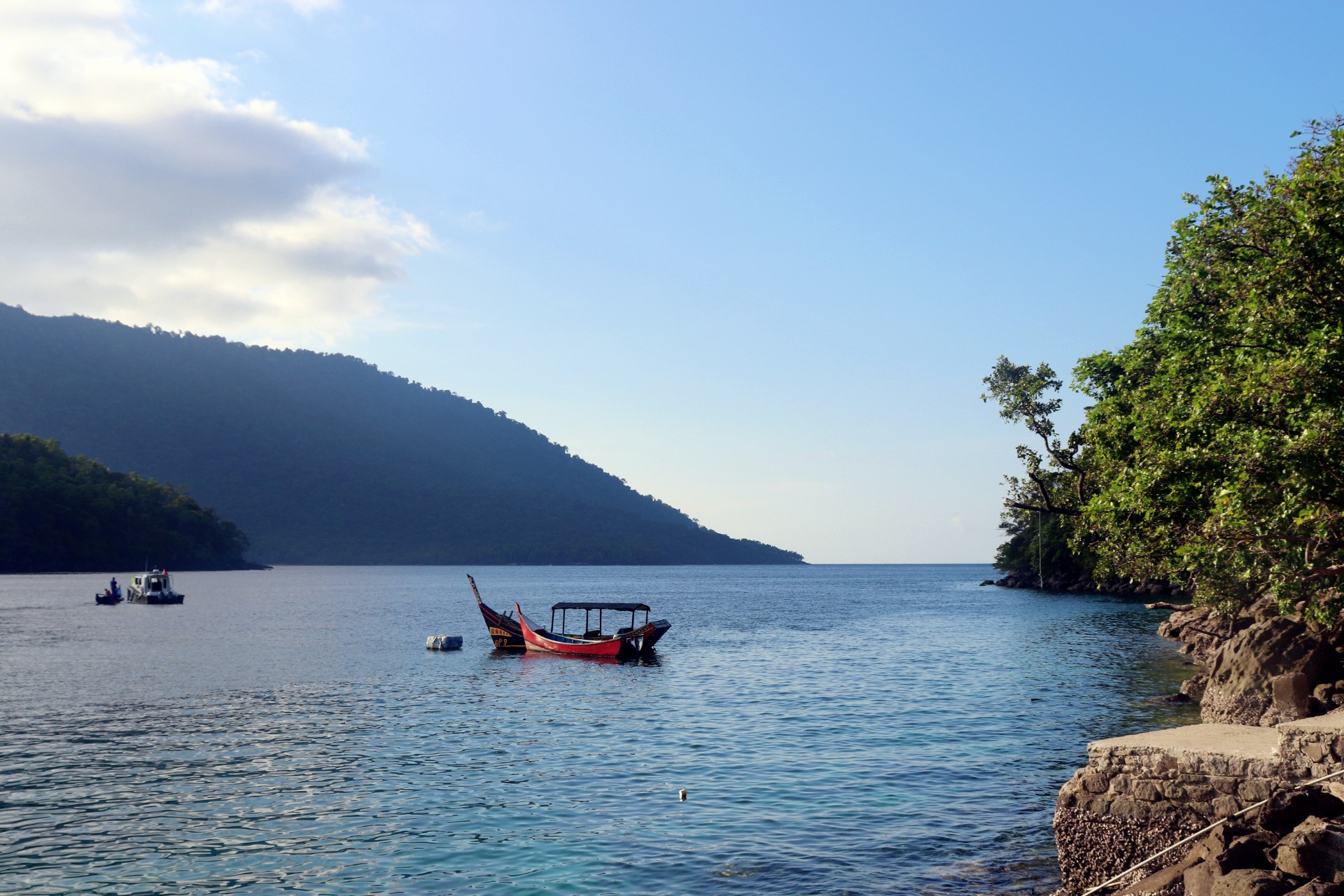 In addition, on this Rubiah Island there are also several foods and beverage stalls, so visitors need not worry about hunger and thirst. For those who want to snorkel or dive, there are also equipment rentals. There are also underwater guide and photo rental services, which can make your vacation feel more special.

Thanks for visiting my blog, if you have some corrections in my post, please let me know your opinion and feel free to comment below. This my #originalcontent (thanks for @ocd and @curangel for always support the original content) Read my word and Enjoy my shot. Blessing

Note : Thanks for visiting my photography's blog and read my writing, [PW] is my code for #photography and complete it with my #writing. Hope you enjoy it, Blessing!!

Fine, @puncakbukit has upvoted and reblogged to thousand followers.. Thanks to choose @puncakbukit as your witness and curator.

Thank @puncakbukit for your kind

Congratulations @khaimi! You received the biggest smile and some love from TravelFeed! Keep up the amazing blog. 😍 Your post was also chosen as top pick of the day and is now featured on the TravelFeed.io front page.

Thank you soo much @travelfeed @worldcapture. So comfortable for me now using TravelFeed.io and now I have mobile version for chek it. Blessing

Thank you my friend

Hiya, @LivingUKTaiwan here, just swinging by to let you know that this post made into our Honorable Mentions in [Daily Travel Digest #746](https://goldvoice.club/steem/@steemitworldmap/travel-digest-746).

Its amazing, thank you very much @steemitworldmap. Blessing

I missed Sumatra. Looks so good with your photos. Thanks