The Guardian in Danger 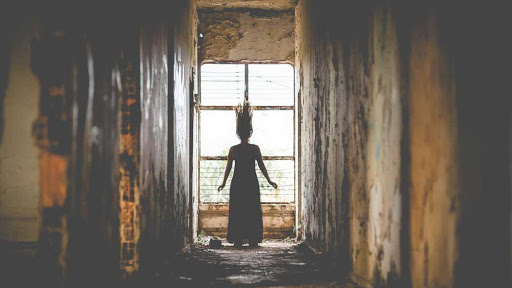 A young girl who was saving for college begins to watch a neighbor's house in exchange for payment.  The neighbor, a doctor, asks him to arrive at 7 p.m.

An hour after arriving home, she receives a phone call.  The man on the phone tells her that if she doesn't get out of the house, he'll kill her.  She hangs up and looks on the display, but the person calling is using a private line.

"If you don't get out of the house soon I'll kill you," the hoarse man said on the phone.

The girl hangs up and calls the operator.  The latter suggests keeping the man on the line for about a minute so that she can trace the call.

The call comes from the second line of the house, the one on the second floor.  The assassin is in the house ...