Some missions are easier than others in the stray dog world 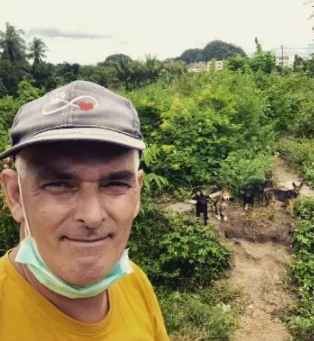 Most of the places that we try to help sterilize and vaccinate the stray dog population are spots where the animals are accustomed to interaction with humans. These places tend to be spots like markets and temples where people visit and feed the animals on a regular basis. Other places where the dogs live a rather "wild" existence are a lot more challenging.

In these other more remote places, the dogs tend to be rather stand-offish when it comes to humans and they obviously would prefer that we weren't there at all. I don't know if this comes from a lifetime of abuse and neglect but that is likely the case. If an animal has always had stones thrown at it or has been kicked around and shouted at by humans, they aren't going to be terribly trusting when someone turns up, even if we are there to help them and come bearing gifts.

While not aggressive towards our team, these medium sized pups were not very interested in what we were doing there but since this area has a reputation for dogs breeding out of control, something has to be done. It was a very long day trying to lure them into the kennels for transport. 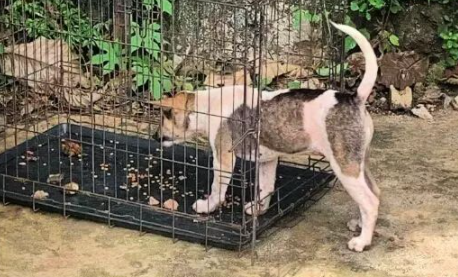 In the end it was our trusty fried chicken that finally did the trick and we were able to coerce the dogs into kennels. 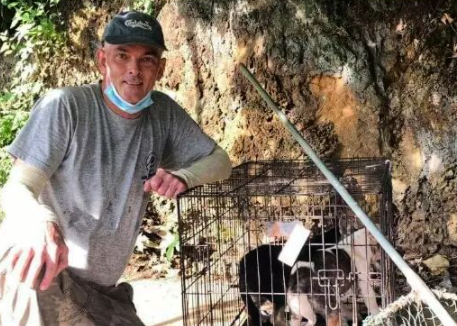 After many hours we were finally able to get all of the pack into kennels and we have transported them to Krabi Bangkok Animal Hospital for much needed vaccination and sterilization of the females. We will then bring them back to their home.

In these situations of the wild dogs that don't really stand much chance of being adopted, we are generally not as hopeful that they are going to live long lives. There are many dangers in the wild, the main one being humans who tire of their presence and will bait and poison them if the pack becomes too large or too annoying for the locals. Hopefully, since they can no longer replicated a fast pace, we have reduced their potential numbers to the point where the locals will tolerate their presence.

We also left a big bag of food with one of the more compassionate towards animals locals as well as a phone number to call us if the community starts to feel as though they have to kill the dogs. Obviously we want to prevent that if possible but there is no law in Thailand that states that a land-owner is not allowed to poison animals that enter their property.

I'm keeping my fingers crossed that the community will come together to have a bit of empathy towards these dogs and maybe the guy with the food can establish a relationship with them. 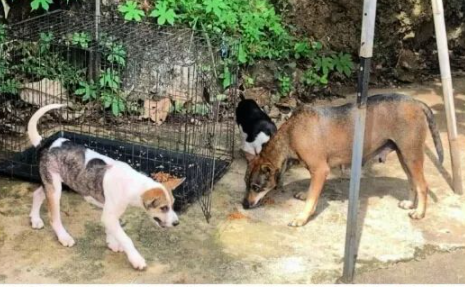 We do all that we can, but the fact of the matter is that we can not be everywhere in the province all the time. It is good when we make local contacts so that they can keep an eye on them for us and let us know if there are any future problems.

You are doing a great job!

Unfortunately, people are to blame for everything, many have pets as a toy, and then throw them away :-(
This is very cruel!
In Cyprus, the law on punishment for cruelty to animals has been tightened, animal rights activists have been able to achieve this law.
Unfortunately, it took them several years!

thanks, we do all that we can. That's great to hear about the animal cruelty laws being changed. I doubt we will see that happen over here anytime soon.

The bill also strengthens the role of the Pancyprian Coordination Committee for Animal Welfare and District Committees. It introduces a ban on keeping dogs on chains 24 hours a day and on balconies. In addition, the Ministry of Agriculture has developed a model of a shelter for homeless animals.