Pyometra: Another reason to have your dog sterilized 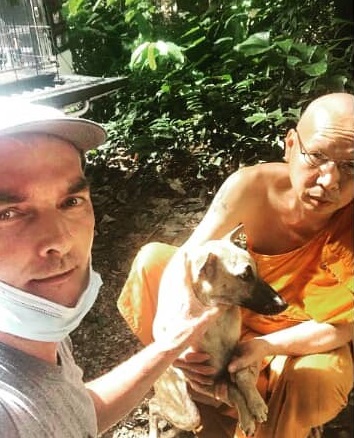 A lot of people skip one step of their pet's health and unless for some reason it is really expensive where you live and it probably isn't, there really isn't much reason to not get this process done. It is exceptionally simple and outside of complicated situations it takes an experienced veterinarian less than 15 minutes to get it done.

Some people think it is cruel but at the same time when their doggo has puppies, they simply give them all away because having one dog is a lot of work, having 6 dogs is insane for most people. The process is NOT cruel, the dog doesn't even know what is going on and it accomplishes a lot more than just disabling the female dog's ability to replicate. It also prevents the introduction of wide variety of diseases that have little to no chance of happening if they are simply "fixed."

We encountered another such case the other day in a temple, and it is lucky that the dog was found when she was.

Pyometra is a disease for that occurs in a wide variety of animals but it is most often noticed in dogs since we keep them as pets. It comes on suddenly an isn't always easy to detect. If you are a pet owner that looks after your dog on a regular basis (which you should do) you will almost certainly notice it because the dog will have a slightly enlarged stomach, will probably be in pain, and may actually become angry if you touch their belly - which is something us dog owners know most dogs LOVE.

It is compared to appendicitis in humans because it comes on when an infection goes from being a mild nuisance to being a life-threatening situation quite rapidly. It is an infection of the uterus that takes some time to develop, but then one day it just gets really bad. Dogs in this situation will normally stop eating, drinking, or even moving because of the pain it causes. For homeless dogs, like the one that was discovered yesterday, it isn't always so easy to determine because dogs have this tendency to go crawl off somewhere to die due to preservation instincts. 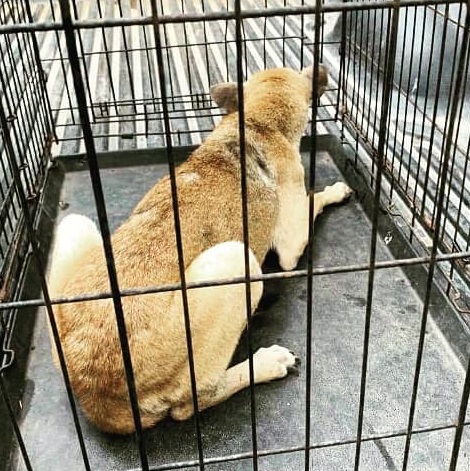 When we found her she was severely dehydrated and made no effort to get away from us. Her belly was engorged and there was puss coming from her nether regions. The monks didn't know what to make of this and if I was not involved in this organization for many years, neither would have I. I had my suspicions because of seeing this many times in the past, and when we got to the vet my presumption was confirmed correct.

It is a simple surgery, but slightly more complicated than if the dog is sterilized at a much younger age. I have some rather graphic pictures of the removed uterus, but I am not going to put them up here because they are gross. 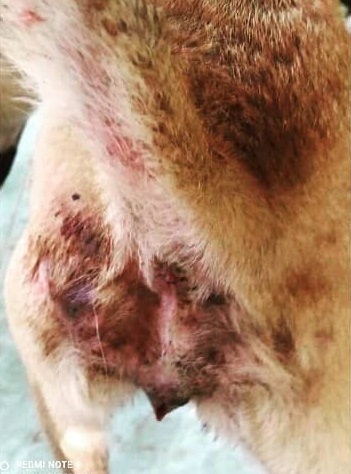 Basically, if you see that your dog who has not been around other dogs all of a sudden has a swollen and red belly, there is a decent chance that you dog could be dealing with this as well and you better act fast otherwise the dog can succumb to the disease and die rather quickly. When the uterine infection bursts, it basically starts to consume the dog from the inside out. At that point, even if you do detect it, recovery is complicated, expensive, and has a less than awesome chance of success.

Thankfully the helpful monks were aware of their population of dogs and after not seeing this one for several days searched the grounds for her and found her sitting in the shade near a mountain behind a rock, breathing heavily.

We got her to the vet immediately, and now her infection has been removed along with the uterus and she is in recovery complete with a doggy IV. 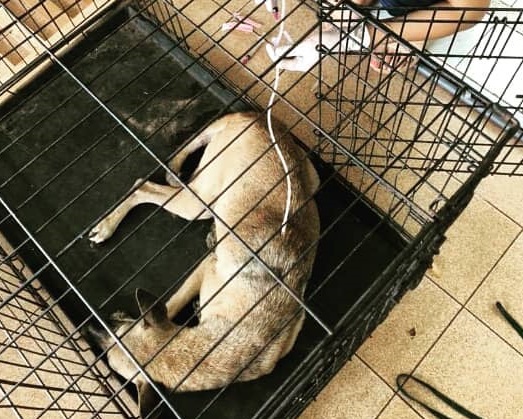 One of my own dogs got sterilized when she was 2 years old and even though the process wasn't done because of pyometra, the doctor discovered the beginning stages of it while the procedure was taking place.

If your female dog is spayed, the chances of this disease happening is almost zero so this is just one more reason to have your pet sterilized as soon as possible. Depending on where you live in the world, there is a pretty decent chance that your animal control office (or whatever it is called in your country) has programs where this procedure will be done for free. If they do not, there is also a chance that your local animal-rescue / animal-welfare program can help you to find the most economical way of getting it done. I know that here in Thailand, there is a month that all animal sterilizations are paid for by the Royal Family because they are a family a dog-lovers.

So if you have a female dog that is not sterilized, now might be the time to get that done. It is our primary purpose as an animal welfare foundation and the benefits of getting this simple and inexpensive procedure done are immense. If you live in Thailand and want more information about this, contact us as soon as possible and we will do the legwork for you.