Education is just as important as the sterilization that we do It recently became evident to us when we were picking up a pack of females from a migrant workers area that there are a lot of people, adults and children that don't realize that the number one reason for the suffering of homeless animals or "soi dogs" as they are called here in Thailand, is because of the rate at which they reproduce and thereby make the lives of all of them worse due to the population being unsustainable.

Nature has a way of kind of working this out for us by having them all die at very young ages. You never see an "old" street dog because their average lifespan is 2-3 or so. Some of these dogs are lucky and get looked after somewhat, but a vast majority of them do not.

When we were speaking to the people at this migrant camp we found out that all of the children and most of the adults are completely unaware of this. Many of the adults were unaware that sterilization was even something that was possible with dogs, which was a bit alarming to us.

Therefore we are going to start to see if we can get into the school systems to do some sort of presentations at schools to explain the importance of getting this sort of procedure done. I don't know if this is a sensitive subject or not but at least in a high school setting it shouldn't be an uncomfortable or taboo topic. We will of course speak with teachers and get the necessary permission before doing so. 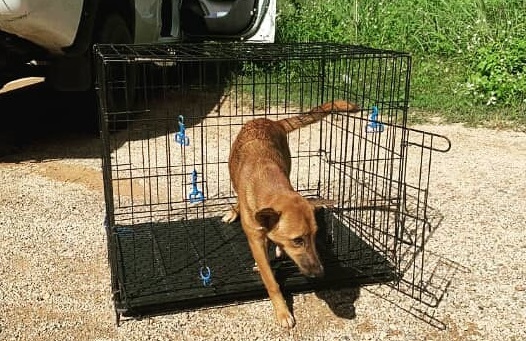 When we return the animals to where we found them, the children and even some of the adults are kind of amazed at how the animal doesn't look or act any different than before and we asked our Thai assistants to talk to the parents about how it is important that stray animals not just replicate like mad. 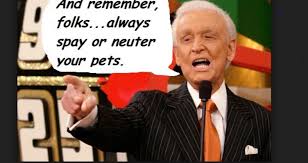 When I was a kid Bob Barker would end every single show by saying this and I didn't even know what either one of those words meant but this lead to me asking my parents, who explained it to me in a way that you would probably imagine a parent would talk about this with a child. I learned way back then how important it is and I think that at least here in Thailand where there is a massive street dog population, most of the people don't realize that there is actually a very simple solution to that problem.

When these animals have puppies they almost always enter into a life of neglect, disease, and even abuse that their parents went though. A few lucky ones get adopted but most of those end up getting un-adopted as soon as the family realizes that dogs actually chew on stuff and poop everywhere if you don't raise them right.

So if you are not in a position to help either with your time or money as far as homeless animals are concerned at least help others in understanding why it is very important to have animals, particularly stray animals, sterilized.