Convince your friends to adopt, not to buy 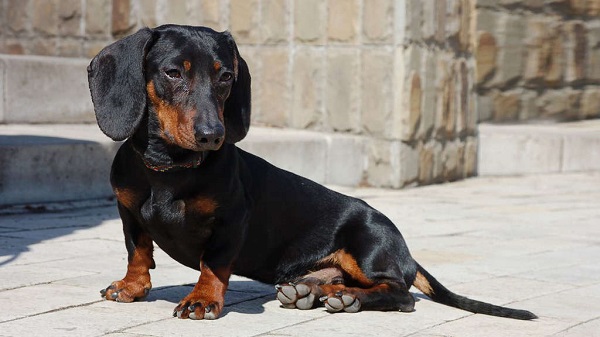 I recently got to celebrate a small victory because I was speaking a friend of mine over beers about how he really wanted to get a Dachshund for a pet. These wiener dogs are of course very popular around the world and I can completely related to why people would want to have them. I had a few conversations with the guy about the amount of animal suffering that goes on right in front of his very eyes since he also lives in Krabi and is very aware of the fact that I work for an co-founded the Krabi Animal Welfare. I am a little confused as to why he thinks I would be proud of him for the fact that he was getting a dog. Purchasing a dog is not at all what it is that we are here for, it is precisely the opposite of what we are trying to accomplish.

I didn't go all vegan on him but just asked him to hold off for a bit and give us a chance to try to help him find a Dachshund rescue somewhere and if we can accomplish it for less than it costs to buy a new Dachshund would he at least consider adopting instead of buying? He answered yes and we set out to work with our networks all over Thailand to find one for him.

src
This is not his dog but it may as well be, since they look exactly the same

If you fit into the category above you really need to go and have another look at the networks of shelters. Dogs that cost hundreds and even thousands of dollars end up in shelters find out that dogs behave like dogs and will chew on stuff, poop on the floor, bark at things, and do other things that dogs naturally do and it takes time and patience to train them otherwise. Some people would say (I would) that purebreeds are actually more difficult to train than mutts.

It only took us about 2 weeks before we found a Dachshund in a shelter in another Thai city, called Surat Thanni, which is only about 4 hours drive from Krabi. We were able to arrange the transport of this animal for FAR less than the purchase of a new dog and my friend, true to his word, abandoned his offer to buy a puppy, and instead took on a 2 year old rescue, who has now been named "Daisy."

We don't know why Daisy was abandoned but probably because Daisy was acting like a puppy. She has tons of energy, will pee on you out of excitement when she greets you (common attributed of dogs) and needs a lot of exercise. Thankfully for Rob (the new owner) he had been talking about how he needs to get more exercise himself and these days, we see him walking Daisy all over the place so this is a true win / win situation.

There are so many dogs out there that need homes in shelters, including our own, all over the world. I don't know the number but I am sure there are hundreds of thousands.

Some breeders around the world keep their animals in terrible living conditions and use the mothers as breeding machines and don't really even treat them with any sort of love and care. This mother has to go through the process of being kept in a kennel and producing a litter of pups at least once every year, only to have them almost immediately taken away from her over and over and over again until she eventually dies.

This is no life and the process has actually been banned in many countries around the world. The best way to stop this sort of thing from happening is to stop giving these people the financial incentive to do this. Once the revenue stops, so does the business and thereby the abuse as well. Organizations like our own do what we can on our end of things but we could be helped so much if the communities that we operate in would simply stop buying designer dogs and come to the realization that there are lots of dogs that they can get for almost free that will fit into their lives so easily and perfectly.

This notion that the very specific type of dog that you are looking for isn't in a shelter is almost certainly untrue as well, which is what we discovered with our friend Rob. Daisy might still be sitting in a kennel right now in Surat Thanni if we hadn't put in the legwork and you'd be surprised how willing your local shelter / animal rescue would be willing to help you find the kind of dog you are looking for if you simply asked. At the end of the day organizations like ours are looking out for all animals, not just the ones we happen to be housing in our care at the time.

Help as much as you can, even if it simply means to adopt, not buy, any dog or cat that you want in your life in the future.

i have 3 rescue dogs... all wonderful animals. I do convince my friends to get rescues or shelter dogs and we are country people out here so purebreed really isn't terribly important to us anyway.