We visited a Koala Hospital in Port Macquarie 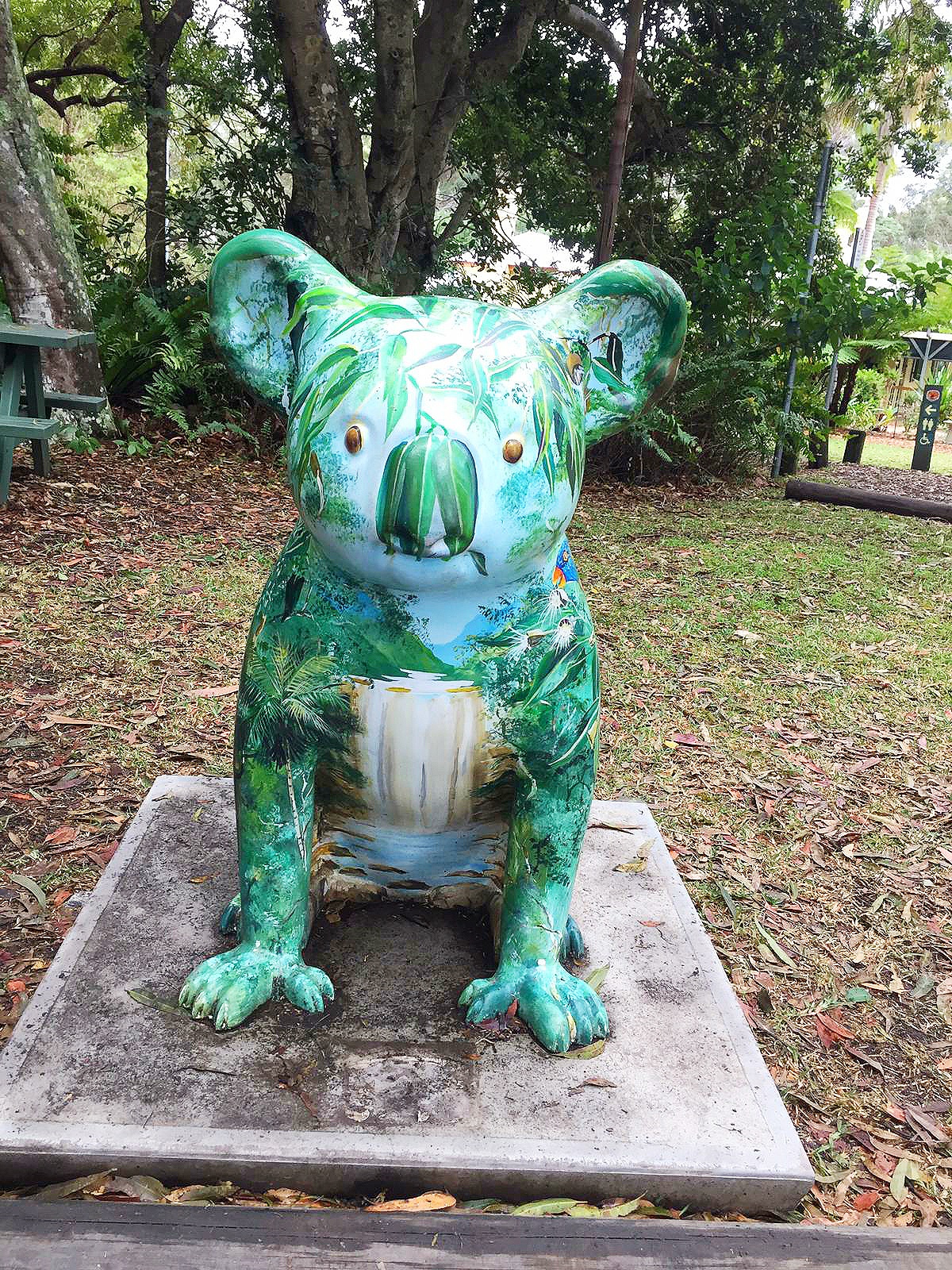 In Port Macquarie, we heard about koala hospital from our airbnb hostess. She said we should definitely stop by, it would not take a whole day to visit. So we took some time and visited the hospital. It was about a 15 minute walk from our accommodation. Google Maps showed us the way, it was not really signposted. That was probably because it is not a big hospital.

Arriving there it was quite deserted, we only saw about one nurse there. Also we had taken some money. The entrance was free and there was no cash register. So we walked through the entrance and were already on a walkway through the hospital.

Some koalas were high on the trees. These were Koalas who were feeling a little better and who did not need quite as much care. Others had their own very small enclosure. There were a few koalas which were directly considered to be in really bad shape. Some had skin discoloration or large wounds.

Also because the Koalas should rest, we were not really close to them, which we did not find that bad. Because its a local smaller hospital for Koalas we had already thought that the animals needed their rest and you should not touch them.

Also, because we were standing in some distance to the Koalas, the photos are unfortunately a little blurred. ;)

All in all, it took us about half an hour to do a tour, it was very small. What we found to be very pleasant was that we were the only visitors to the hospital at this time.

If you are in Port Macquarie, I would recommend anyone to visit the hospital. It does not take a lot of time and you do not see a typical Koala enclosure where you can hug the animals. Here, the animals were cared for and each animal had its own story. In front of the enclosure there were name tags with some information about each animal. There, for example, you could see when the animals were taken in and what kind of injury or illness they have and how they develop.

It was really a different, great experience and I would not want to miss it! Here, no koala was passed from arm to arm for several hours. Koalas were brought here, sick and injured, and rewound.

For example, at the Koala Sanctuary in Kuranda, we were able to shoot some pretty photos. But it was also great to see a different side that is less focused on tourism and animal welfare. Do not get me wrong, Kuranda was great too. And the koalas were doing well there too. But it was much more tourism oriented. As always, I think you should look at both sides and then decide for yourself what you like better :)

If you liked my article I would be very happy about an upvote or a comment!

Hiya, @choogirl here, just swinging by to let you know that this post made into our Honorable Mentions in Daily Travel Digest #676.