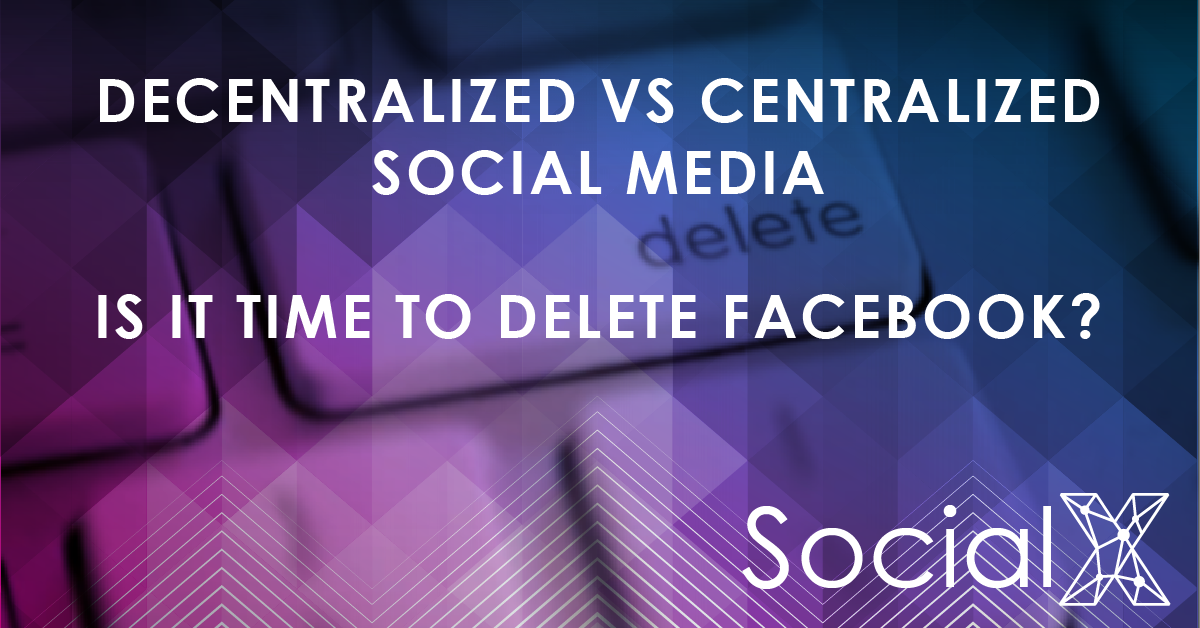 Hello everyone,it’s Muhammad kasib here and am so happy to partake in this week’s crypto assignment on “Decentralized and Centralized Social Media” by professor @yousafharoonkhan and i must say it was such a great lecture and I really enjoyed it.
So let’s get started,

2.Decentraliize social media is ransparent and fairr hence it’s users safe and protected while cenralized Social media isn’t transparent hence users are at the rest of their information being accessed, stolen or hacked.

3.With deccentralized social media there’ a freedom of exprression whiles with centralized social media usrs don’t have the freedom of expression(airring their thought) On issues they are facing such as the incident between the Nigeria and their police brutalitty case such thatthe citizens couldn’t tweet on what’s they were going through becausee they'd be blokeed and can speak ot.

Steemit is it centralized social media which rewards its users with tokens for post they make.This reward can be redeemed a week later after they’ve made their post.But with social media platforms like Facebook and Twitter they don’t reward their users with anything either than make lettingb them advertise their own products or business which comes at a cost.They are rather taking than giving from their users so that's what makes steemit best and better than both facebook and twitter combined .Steemit has so many communities which it's users could take part in. One of the communities which is the steemit crypto academy i must say is one of the communities which has thought its users more than any other social media platform out there like Twitter and both Facebook combined together because it teaches them so many things like trading crypto coins ,price forecasting ,tokens and so many more aside the steemit income they get from posting.They could even start a career opportunity in the crypto world from the skills acquired from the steemit cryptoacademy .

How steemit social media has changed the lives of millions of its users.

Steemit has changed the lives of so manyy users around te worlld such that when the get rewarded they then convert those tokeens they've had as rewards to thei local currencies(fiat) which they use to sustain themselves that’s by converting steem dollar or steem to their currency.Steemit social media has upped the living standards of so many people such that it’s changed them from a low class of living to a better class of living .Through steemit soome charty prrograms are organised such as onating to orphanages and children’s homes to ensure they too arenn’t left out hence also having an impact to them.
How to ake money with steemit Decentralized social media.

First of all before one makes money off steemit he or she needs toto have a steemit count before he or she could starting earning.
Then you’d have to make a post which should be of good content and plagiarismsm free.You don’t pt anything on steemit which doesn’t make sense or stealing the works of others expecting to get up votes.
There are so many communities on steemit which users make money off by participating in cocontest ,crypto aignments and so on,some of these communities include; steemit crypto academy,world of football and o others .
ut thesimplest ways users earn money is by participating in the diary game which is just about you and your daily activities.
Another way users earn from steemit is ththrough curation wards meaning users with the higher steem power gets to earn from contest that are organized on steemit called #spudsteem .In this contest which is momonthly based users wi the most power up steem gains a reward.

Step 1
Click on “steemit logo” on the top left part of your s screen.

Step 4
Now enter your details for the new committee want to create that’s filling in the Title of the community and what the communitys about .After that click o on next

Step 5
After this you are given an owners name and a password which you have to keep safe.Then click on create community

Step 6
Before creating the community you’d would have to pay for operational cost which is 3 steem.Then you accept the terms and proceed .

And here is how it looks like as seen below

Conclusion
Thank you for the wonderful lecture professor @yousafroonkhan

it was s so comprehensible and I understood every bit of it and I’d be looking forward for more.