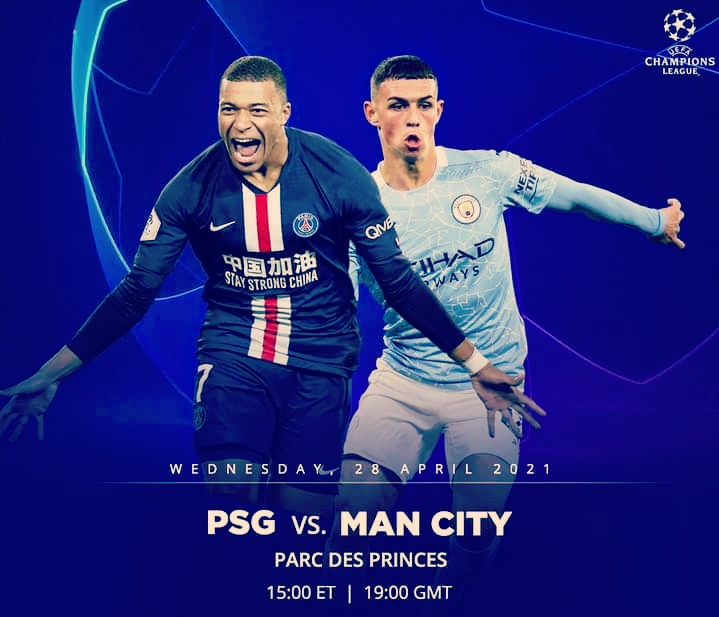 Right now Manchester City fans are the happiest fans in the world. Just ask for money or anything from any city fan they gonna give you 😅 the happiness city beating PSG especially making Mbappe a ghost yesterday is indescribable! 😄

BACK TO THE MATCH REPORT
Pep Guardiola's side who have been untouchable this season both domestically and on European level were put to test last night to prove their brilliance at the most intense football stage in the world when they faced a team, PSG, that broke football fan's hearts after eliminating the holders Bayern. Many fans dream match was Manchester City vs Bayern Munich.
Nevertheless, The match was tactically balanced in the first 10 mins until PSG started showing some brilliance and forced corner after corner against man city.
PSG finally scored through captain, Mouqinhos after a brilliant corner. A goal that gave city fans some goosebumps....
Everything was just cool in the first half but Neymar started behaving like a baby that's learning how to walk. Every time Neymar sees an opposite shadow he'd fall down in hopping of getting a free kick he's so good at which he never got last night.
The first half ended at 1-0 with Paris fans smiling thinking everything team we'd approach them like Barca and Bayern did in the previous rounds.
Manchester City started the second half like hungry lions that have just seen some Impalas in front of them. They pressed PSG with force, who in return for the second half came to protect the 1-0 lead by parking the bus and hoping to catch city in counters but hey, whatever Pep Guardiola told his boys at half time am sure he talked like the opposition coach in (Karate kid one, who told his boy, "No Mercy") But Pep obvious also said, But be careful don't concede another goal.
-Kenics