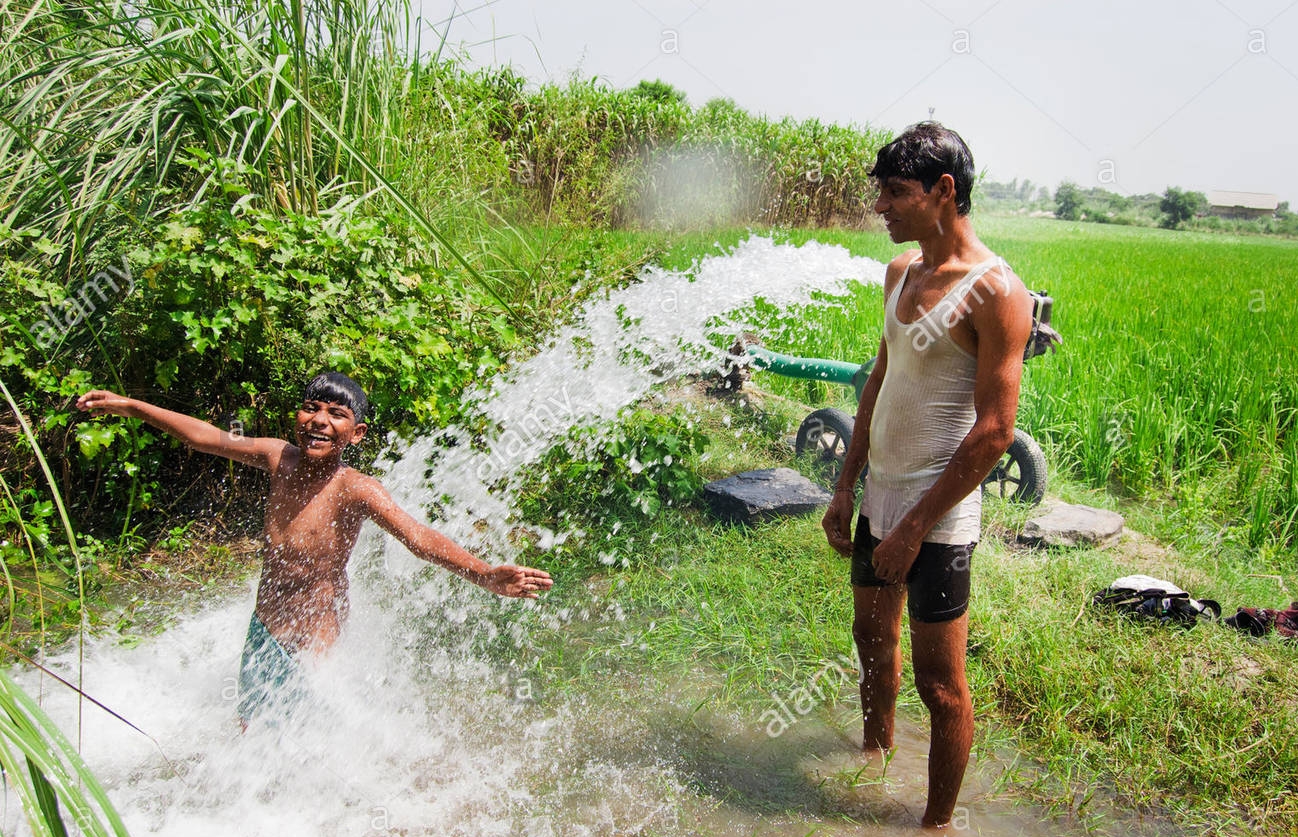 The world’s largest contiguous irrigation system was built in the 19th century, using the technology of the time and developing institutions appropriate to that era. In the intervening 150 years there have been few positive changes in the ways in which this core system functions. And it works ways in which both the infrastructure and institutions have steadily degraded. - File photo

Agricultural productivity per unit of water, land and other inputs in Pakistan is lower than global and even regional standards. Wheat yield, for example, in Punjab stands at about two tons per hectare compared to four tons in India’s Bhakra and seven tons in America’s Imperial Valley.

It is in this background that the Water Sector Task Force (WSTF) of the so-called Friends of Democratic Pakistan (FODP) has finalised a summary of recommendations which includes privatisation of the management of Indus Basin Irrigation System (IBIS) to improve efficiency.

The study to be made public early next year but based on interactions with chief ministers, farmers’ associations and other stakeholders said: it could be safely assumed that growers could pay about Rs3500 per year to irrigate one hectare of land against existing Rs200 per year Abiana for a reliable high quality water service which could increase farm productivity.

“Agriculture simultaneously faces enormous challenges and great opportunities,” said the task force while presenting a summary on the ground realities along with suggested policy measures.

The world’s largest contiguous irrigation system was built in the 19th century, using the technology of the time and developing institutions appropriate to that era. In the intervening 150 years there have been few positive changes in the ways in which this core system functions. And it works ways in which both the infrastructure and institutions have steadily degraded.

Today, one witnesses a vicious downward cycle: the quality of service is poor; many areas have too much water and suffer from water-logging and salinity; while other areas have too little water; systems are not financially viable and “investments” are not for constructing new capability but trying to make up for non-existent maintenance — the so-called “build/neglect/rebuild” cycle.

The situation has been both masked and facilitated by the groundwater revolution of the last 50 years. Farmers have been able to make up for the infrastructure and institutional deficiencies of the canal irrigation system by investing in individual tube wells which use both natural and canal-induced recharge and which give the farmers a local, demand-driven option which enables them to live with an ever more dysfunctional canal irrigation system. There are nearly one million private tube wells, 85 per cent of which use diesel (and the rest electricity).

The result has not been ideal. The most important measure of all – the productivity of agriculture, measured in terms of total productivity or productivity per unit of water, land and other inputs – remains low by global and even regional standards.

But it is now apparent that this muddling through strategy has come to an end. The safety valve of expanding use of groundwater has come to an end as the quantity, depth and quality of groundwater and costs of diesel and unreliability of electricity have all become major impediments to further resource development that has so far saved Pakistani agriculture.

Use of groundwater has not increased over the last 15 years.

There are disparities in the application of water across canal commands and within distributaries. The result is that output is suppressed by too much water at the head of many canals as much as by too little water at the tail-ends.

Enormous disparities also exist between average yield and output by progressive farmers who, for the most part, operate in enclaves in which they are not prisoners to outdated technology and unaccountable institutions. The differences are large, and pose the central question of how the performance of ordinary farmers can be raised to levels approximating those of progressive farmers.

Continuing with business as usual spells massive problems for economic growth, for poverty reduction and for environmental sustainability. But there is an alternative, which has emerged clearly from the extensive engagement of the WSTF with farmers, bureaucrats, the private sector and some political leaders.

The Okara Potato and Vegetable Growers’ Association is one of many examples of such high performance enclaves that have arisen in recent years. The association imports potato seed from Switzerland, multiplies this seed in Gilgit-Baltistan for three generations, and then distributes the seed to its members in the plains. Hundreds of the members of the association have cold chains for potato, fruits and vegetables. Their productivity is the highest of all potato producers in the country, and their ouput of spring maize is 9 to 12 tons per hectare.

The WSTF team comprising experts with Pakistani and global experience identified relevant irrigation reform processes in other countries and found two experiences, particularly relevant for Pakistan. The first is the experience of Egypt, which has used innovation in both “greenfield areas” and the Nile delta to develop public-private partnerships for high-efficiency, high-technology methods for developing high-value-added agriculture. The productivity of fruits and vegetables in Egypt is more than three-fold of the current level in Pakistan.

The other example is Brazil, which has become an agricultural superpower by harnessing the power of science and innovation.

Only about 10 per cent of the four-fold increase in agricultural outputs in Brazil has come from increased inputs of land, labour and capital. About 90 per cent of the increase is attributable to “total factor productivity” which is the result of harnessing the power of science and innovation through new forms of public-private partnerships. To cite just one example, sugarcane yields in Brazil are three times that of Pakistan.

A particularly relevant current Brazilian innovation is the replacement of old-style publicly managed irrigation systems by private operators who are awarded concessions for developing and managing command areas. The concessions are awarded through competitive bids evaluated according to the amount of public investment required, and the quality of the business plan with respect to engaging small farmers in the command areas.

Based on these experiences, the task force recommended three action areas. First, improved on-farm water management, a proven technical and political success, can continue to give large returns. Second, up-gradation, construction and operation of small and medium dams, and modernisation of spate irrigation can result in large increases in agricultural production.

Third, the introduction of private sector operation in the IBIS itself. Here the stakes are enormous, with the pot of gold at the end of the rainbow being a transformation in the transparency and productivity of this enormous system. But here the entrenched opposition in the irrigation departments is huge, and it will only be possible to make progress incrementally, and only if there is very strong political support from chief minister

You mixed your diary game pink in a very good way and went to your village, you went to a very good village, your The village is very good, the punishment is visible from the green fields everywhere.