Who are the centennials and how could they affect the global financial system? by Karupanocitizen 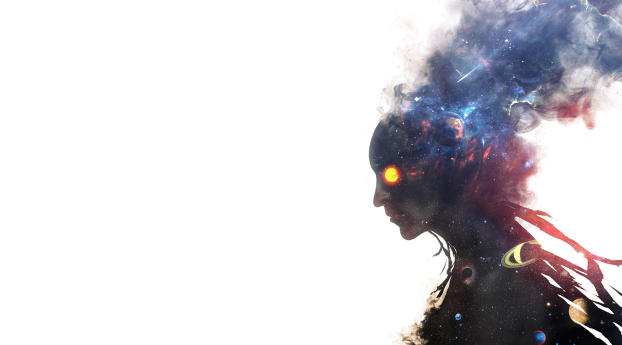 New members of the Marvel universe, post-pandemic apocalyptic threat, extremist group that advocates the destruction of the world financial system ... I hope I have not confused you with the image, I am sure you did not think of any of the previous options when reading the title of this publication, if not, my apologies xD.

The protagonists of our publication are the generation born in the mid-1990s to 2010 known as generation IGen, Generation Z, or Centennials. Generation is understood as: "a group of people who, having been born shortly and received education and similar social and cultural influences, adopt a somewhat common attitude in the sphere of thought or creation." (Real Academia Española).

To better understand the behavior of societies, in general terms, its members are usually grouped into age ranges, which makes it possible to establish particular characteristics and characterize the different generations, as shown below:

«They have never known a life without Google, 40% prefer to spend time with friends in a virtual way than in person, they will spend six years of their lives on social networks, they will not use credit cards and they are click activists«
The so-called centennials expect a financial model that meets their needs for digitization, immediacy and respect for the environment, born within the digital age demand services that meet their demands for transparency and constant attention.

Why is it so important for banks to know what characterizes centennials?

One of the things that define a good service is quality, it is associated with how we perceive how we are cared for and our perception, in turn, is influenced by the way we understand, assume, and understand what surrounds us, how we see the world.

This generation, which comprises those born in the mid-1990s through 2010, drinks less alcohol, consumes less meat, and cars are not their life priority, according to the Bank of America study. Also, 80% make their investment decisions in ESG (environmental, social, and governance) terms. These are very important data to take into account, especially if we observe that by 2030 their income will exceed that of ‘millennials’, a market that banks will not let go of so easily.

What is it that characterizes the Centennials?

One of the main characteristics of this generation is its genuine concern for the environment. Climate change and pollution lead the first positions among the problems identified by the 'centennials' above issues such as terrorism, corruption, or social inequality, according to the survey 'The future of humanity' carried out by Amnesty International before the pandemic.

A tablet under the arm

Those born in generation Z do not conceive of life without direct and permanent access to an electronic device: mobile, tablet, or laptop through which to interact with their environment, which is increasingly digital. Social networks, online shopping, movies, and live series are part of your essential daily needs.
According to the statements issued by the Managing Director of M&C Saatchi in Spain, Nuria Santacruz, for young people of generation Z, it is relevant to project an active digital image. Therefore, through their digital profiles, they explicitly show all the aspects related to their daily lives.

Centennials are autonomous by nature, they have a great capacity to learn on their own based on digital research in all its forms. In this way, they stand out for being self-taught and creative. Also, their learning process is accelerated. These are two of the aspects that make them irreverent concerning millennials, who were educated through much more rigorous processes than those employed with Gen Z.

They are nonconformist and immediate

This generation is not content with reaching the same goals as their predecessors, such as finding a good job, having a home, and starting a family. They have high aspirations and are not limited to achievements. Likewise, they want to achieve their goals in the shortest possible time, disregarding results that can be achieved in the medium and long term; they do not focus on alternatives that pay off after several years.

Open and concerned about their finances

Given their digital nature and their tendency to overexposure to social networks, Gen Z understands little about taboos so they are open to sharing their experience about finances, the amount of money they get and how much they save, or how they invest it. . Besides, even though most have not yet reached the age of majority, 'centennials' also have concerns about their finances, although their concerns are different from those of other generations. Explains Sara Koslinska, CEO of Limitless, a financial application that helps banks and insurers to interact with young people.

How do banks conceive their services from the vision of generation Z? How do banks intend to capture the attention of centennials? What strategies will they use to position themselves within the preferences in the coming years? Will they revive Iron Man in the upcoming Marvel sequel? (sorry this question does not go here xD). If you are interested in these questions, do not hesitate to read the continuation of this article written for the project hope community.

Thank you for posting within our project.hope community on STEEMit.

Please spare few minutes and read how project.hope is organized and learn about our economy.

That would help you understand more our goals and how are we trying to achieve them. Hopefully you will join our community and become strong part of it :)

Do you use telegram or discord? If you do then join our server and give me a shout. I would gladly share with you goals of our community and introduce to others from our team.

Thank you very much @project.hope team, it is a real honor for me that you consider me to be an active part of your community, I will gladly read about your objectives, goals and economy. Count me in on your channel of discord. I hope to continue generating quality content that meets your standards and is liked by the entire @ project.hope community