Do you want to know what a Generation Z bank should look like? by Karupanocitizen 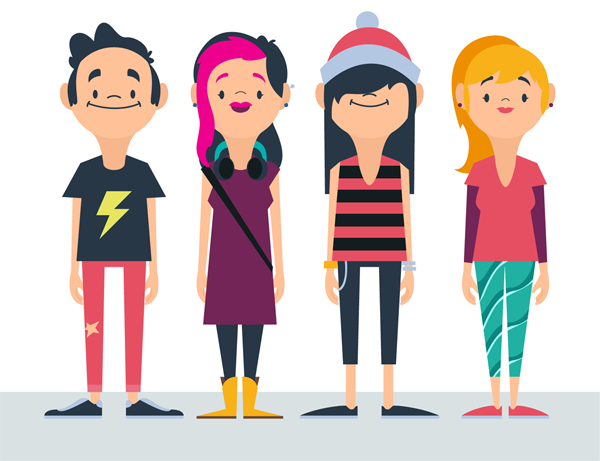 In the previous article Who are centenarians and how could they affect the global financial system? by Karupanocitizen we were talking about how the different generations are related to the development of banking, the generational characteristics of those of the centennials, as well as the influence of this generation in the financial business.

As I promised you in the previous installment, in this article we will be talking about some of the strategies that world banking is developing to capture the attention of centennials as potential clients. In particular, how do banks conceive their services from the vision of generation Z? How do banks intend to capture the attention of centennials? And what strategies will they use to position themselves within the preferences in the coming years?, I hope you join me in this interesting and enjoyable reading.

Centennials currently represent approximately 27% of the world's population according to the study AdReaction 2017, carried out by the Kantar MillwardBrown firm, this makes them a very important segment of consumers, especially if we consider that the fate of humanity will fall on them in the next 20 or 30 years.

and they who do not leave tik-tok, among us and the Marvel Universe…. Thanos save us!

This reality is so evident and of such importance for the global financial sector that many marketing advisors are recommending that the banking sector urgently design strategies to capture the attention of 'centennials', such as the case of Pablo González, founder of Trivu, a global talent ecosystem that accompanies companies and entities in their process of cultural and organizational evolution, and that participated in the BBVA Open Talks Spain: The Next Generation. This advisor pointed out in the said event that:

«For the 'centennials', who understand and relate to the bank differently, they need money, but it is not an end; for them, it is a means ».

Likewise, when talking about the requirements that banks must meet today, he added:

«The banking sector has to focus on what are the needs and concerns that young people have at this time in their lives».

From the above, it is worth asking ourselves, what should a 'centennials' bank look like?

Although they are generationally digital, 'centennials' or generation Z, perhaps due to the cyclical theme of behavioral patterns, are more likely to revert to the habits of generations before millennials in terms of more direct contact with traditional banking, such as As the 2019 study by CivicScience refers, they are very attracted to the idea of a bank that also serves as a means of recreation.

The study concludes that generation Z is more likely than the two previous generations to make daily or weekly visits to a bank, so for them, it would be highly desirable for the bank to become a place of recreation and recreation, a place where In addition to depositing or withdrawing, count on cafes inside, celebrate events and host other activities.

'Considering the free food and community, maybe a free cup of coffee and the chance to buy a croissant - assuming everything else is equal - could be all it would take for a bank to win a young customer for life, ”concludes the CivicScience research.

In addition to the above, banking entities must show characteristics such as flexibility, transparency, and digital accompaniment services 24 hours a day, speed, freshness, and of course: innovation.

a little k-pop as background music on my bench would be great too, my 12-year-old yelled. oh my God!

Immediacy, first of all, I don't want to waste time

«We are facing the most connected generation in history, which has very easy and fast access to all kinds of content and information,» says Pablo González from Trivu.
In fact, according to an article in Forbes, the attention window of the young population has been reduced from 12 seconds for millennials to 8 seconds for centennials, hence for David Martín from BBVA, that time window is key to reaching they:

«Any marketer who wants to sell a product to a 'centennial' knows that they have to get their attention and that they only have that number of seconds to connect with them.»

The ‘influencers’ the secret bank weapon

It is no secret to anyone that generation Z is especially attracted to YouTubers, tik-tokers, or trendy Instagrammers, they not only follow them and vehemently consume the content they generate, but they imitate them in every way. That is why, for banks, addressing in a simple way and with relevant references for this generation can strengthen the relationship between 'centennials' and financial services.

"One of the strategies that some agents of the ecosystem are following is to ally themselves with‘ influencers ’or brand ambassadors who are well perceived by this type of group."
The Open Innovation expert David Martín from BBVA points out. The ‘influencers’ bring freshness and confidence to this type of campaign and bring young people ‘a priori’ most disconnected from their daily lives.

Be inspired by ‘fintech startups’

The banking sector and new ‘fintech’ companies have recently collaborated very closely to offer new digital services adapted to each consumer. Centennial habits demand the need to accelerate changes in the products offered by banks, as well as how they relate to this generation. For Sara Koslinska of Limitless, the financial sector must go beyond what already works for them:

"To approach this new generation, the banking sector must put aside misconceptions that say that nothing should change in the face of new challenges."
In this sense, the ‘fintech startups’, as digital natives as the ‘centennials’, are shown as a more than valid alternative to oxygenate the traditional banking image towards one in favor of innovation and entrepreneurship.

In addition to all the above, one of the most representative "threats" of the world banking system is the existence of blockchain projects, their decentralized governance, their public access tokens, and the constant competition to be increasingly innovative, are characteristics that fit perfectly with the principles and values of generation Z, which represents for banks the possibility of adapting this technology or continuing to try to stop the unstoppable advance blockchain.

Sorry Rothschild we're going for you ..., but that's material for another post.

"Boys are the best

thanks very much @fuli!

This generation of banking system we need is one that is transparent and swift to respond on time,I believe that is what the cryptocurrency system has to offer.

I totally agree with your comment @ajewa, in fact the banking system I think they also intuit it and hence some are already venturing into the blockchain.

There is the future of global finance ... there we will be

Thank you very much for stopping by to read my post