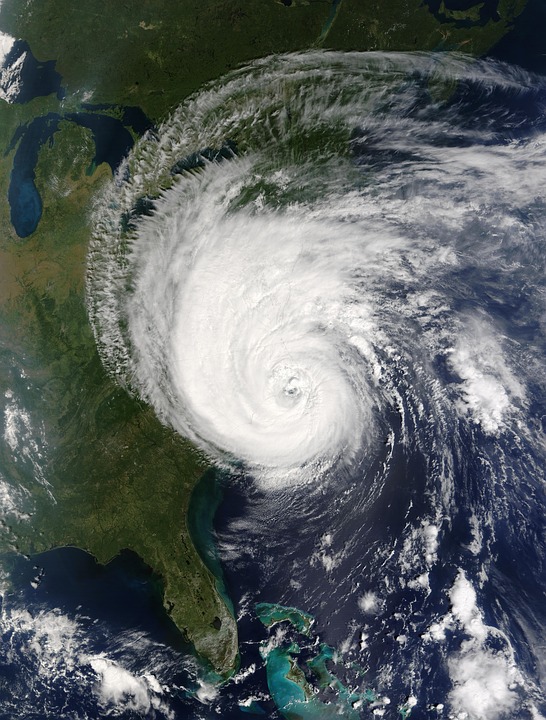 In this weeks 2 year anniversary of hurricane Irma hitting the island of Sint Martin the main focus this week was on even a bigger monster: hurricane Dorian. I guess anyone anywhere has heard of how this monster has wiped out the Bahamas, and it really is a truly heartbreaking thing to see.

Pixabay Image of hurricane Isabelle back in the days

When looking at the stats around hurricane Dorian, also starting around the Cabo Verde islands, also having windspeeds of 200 mph and also being in these weeks the similarities with Irma really are travelling to mind. With a couple of differences in there.

Dorian is travelling slow AF. Like 5 mph an hour slow. Now this has resulted in that this monster was hanging for more than 25 hours above some islands. Irma rushed over Sint Martin within 8 hours. And I can honestly say: thank God this was only for 8 hours. Because a: everything was falling apart like a madman even this fast, and b: in hours you still remain sane. I mean thinking about being in that drama for 25 hours would be enough for me already to drive me mad.

I think the one thing that we were 'lucky' of with hurricane Irma, is that there was hardly any water involved. The storm surge was there, surely it was, but with the levels that the Bahamas were experiencing that would resulted in my death for sure, because I spent a good while of Irma in a cellar. Weird to think about that.

Water is scary bananas when it comes to storms. I saw a video today of a dude who was filming from his house where the water was up to his windows of about 20 feet high. 20 damn feet. And the things is then again compared to a 'regular' flood, you won't be sitting on your roof to flee the flood during a Cat 5 hurricane. I tell you...that stuff must have been scary.

So I spent a good deal of time talking about my experiences again this week. Because a lot of images came back to mind, also about choices and 'what ifs' where in there. I could tell from the Caribbean people around me and also my own loved ones that this Dorian story was more around in our minds than we had expected and that we had wanted.

Traumatized is a word that I would never use, but yes...Irma left more marks on us than that we actually would like to help. And now the question rises as after all these major events. How do we help? Because from what I remember....it's difficult getting aid when having a fully disfunctional harbour and airport. And because the destruction is so big...where do you start. I'm keeping my eye open for charity that will reach fast...because that is what these folks deserve!

Yes, its really a tragic with these hurricanes, I experience enough to know that for some of these people it would mean that their lives would change forever. While reading through your blog, I wanted to point out the difference between St Maarten and Bahamas, most of the parts affected are mostly flat compared to St Maarten which is most mountainous with plains, so that surge of the sea affects the islands differently. In the case of Bahamas, the surge can literally go from point A and exist point B with no resistance but with St Maarten, hills provide a good cover. Its pretty difficult to flood in St Maarten because its mountainous except in the Town and low areas like the dump area but with Bahamas, its flat, so flooding is easier and potentially more dangerous. Its very similar to Barbados, if Dorian pass there, well it would have done severe damage given the surge of the sea.

The reality a lot of these islands have to take the route of Saba with the infrastructure planning because these hurricanes are getting stronger and I feel they are using a scale that has no practical representation of the strengths of these hurricanes. Sadly, lots of people would have to consider whether to pick up and leave or prepared to start over year after year. I read some comments online where people were saying these people aren't building strong enough homes against these hurricanes. I have to laugh at these comments because you serious cannot build for these hurricanes. People don't realize these hurricanes are flattening Airports built to withstand the strongest of hurricanes, the wind is literally bending steels. Even when these people decide to leave where exactly are they going to?

Lots to think about but lets see how things work out

I had loads of discussions this week on why help took so long by us (harbor flat, airport flat, PM a douchebag) and that hopefully the situation in the Bahamas is better (I saw navals ships arriving today), and it is what you say....In reality we cannot prevent all from happening.

As you say...diamondshape roofs are a super feature in Saba on the houses for the roof not to go, but on the otherhand, if a tornado of an eyewall walses over, even that diamond roof will go amongst with its concrete as well.

it is more the question why these superstorms are getting so much stronger and bigger (dude 30 hours)..and what mankind can do to stop this growth

Yep, once of the things I like about Saba is their infrastructure planning especially with Electricity and other essential are run underground. Its probably something St Maarten should have done because we need to face reality, mankind or better put our political leaders in the world right now isn't going to do anything to deal with Climate change. There is to much lobby groups and interest groups pushing their own agenda and when the most powerful country in the world see it as a conspiracy theory to prevent their growth we might as plan for stronger storms. Ironically countries are deregulating all the regulation put in place after the Paris Climate agreement. You know whats funny about all this, the countries contributing the least to Climate change would suffer the most and add insult to it, when we get damage we still have to take out loans with the likes of IMF or others to deal with the damages. Well in the case of St Maarten a grant that suddenly turn into a loan. This whole world at times need to really burn and start over

Your post was upvoted by @steem-ua, new Steem dApp, using UserAuthority for algorithmic post curation!
Your UA account score is currently 4.502 which ranks you at #2148 across all Steem accounts.
Your rank has dropped 2 places in the last three days (old rank 2146).

In our last Algorithmic Curation Round, consisting of 116 contributions, your post is ranked at #56.