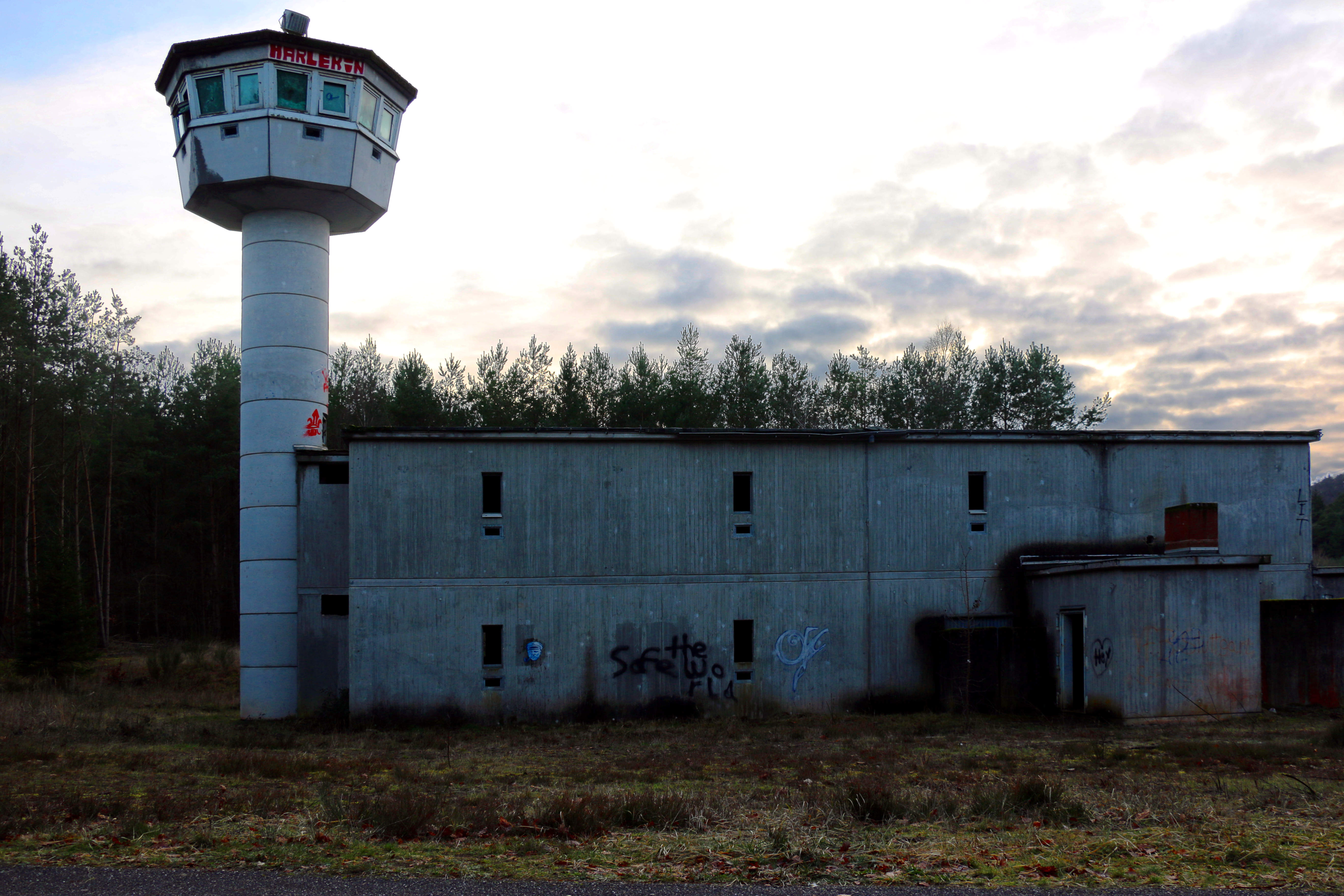 zur deutschen version
since 1994, a fortress that has not been conquered by man has been conquered by nature. the abandoned fortress is in the middle of the idyllic palatinate forest, we are not talking about a medieval castle, of which there are numerous in the palatinate. but the region, which has always been plagued by wars, also has a lot of modern military buildings to offer. unfortunately, it is still an enormously large one today, which is of strategic importance for numerous wars. but that is not what this is about. near fischbach and ludwigswinkel near dahn there is a now peaceful place. birdsong can be heard there and the impression is created that you have arrived at a place that knows neither sorrow nor fright. but huge concrete remains are evidence of how depraved human beings can be. no matter how brutal and powerful man may seem, nature has the longer breath in the end and slowly conquers the abandoned terrain. thus it proves once again that man is transient. this natural process is also accelerated by reforestation.

slowly the paint peels off the walls

actually, the place, even if it radiates a certain fascination, is an eyesore and proof that man is incapable of learning from history. hardly a century passed in the palatinate without some brutal war raging. constant military conflicts and encroachments were no extraordinary events over the centuries. but even after the second world war, after which whole cities were razed to the ground, the occupying power rearmed and it became evident once more that a certain circle of powerful people never tired of rearming and inciting people to fight each other. maybe this is also the reason why the testimonies of the cold war are often torn down and why people had to fight here as well, so that the place is preserved as a memorial.
the fortress, built in 1956, once housed weapons of madness. in addition to weapons of mass destruction, nuclear missiles, nuclear artillery grenades and chemical warfare agents and possibly poison gas are said to have been stored here. if all weapons had been used, there would have been a potential to devastate all of central europe. but not only the weapons stored here reveal the madness of mankind, but also the construction of the facility.
the 17ha large area one was part of a 680ha suffocating military area of the american armed forces on german soil. next to this camp with the deadly tin boxes, there once existed an officers' invasion, a bowling alley, a cinema, repair shops, administration buildings, accommodation, a fire station, countless other buildings and of course a church, in case soldiers should suffer from conscience and need some reminding words from the priest for their conscience.

the picture shows one of the fighting stands

to secure the entire facility, there were metal fences with miles of barbed wire, which were guarded day and night by military and civil units. behind this fence the first zone began, which in turn was secured by three fences, microwave sensors such as fence sensors and various gate locks. once this zone had been overcome, one found oneself on an area where tower rats (special military police units) had unmanned firing orders. there were also eleven combat stands on the area 1 site. these offered a clear view of the firing area and protection in case of an attack. in case of an attack they were intended for defence and to help delay the enemy until reinforcements arrived. in fog and poor visibility these stands were occupied for security reasons in order to be able to guarantee the guarding of the area.

that is the bunker avenue with numerous huge bunkers

the door of one of the bunkers

in addition to the combat stands, numerous bunkers can also be found. these high-security buildings were used for the storage of various war equipment. if the way to the area was already almost impossible for unauthorized persons, then it was even more so to enter the interior of the bunkers. initially, the bunkers were all protected against missiles with z-cages (special steel lattice cages). also the additional sight protection on the actual gate of the bunker had to be passed. afterwards there was a telephone authorization procedure to get further. during this procedure contact had to be made with the guard building. further the bunkers could only be opened by two men. the gates were equipped with 2000$ expensive special padlocks for the military. to open the gates, hydraulic cylinders had to lift the heavy steel door, otherwise it would rest on the floor. on the inside of the huge gates were pneumatic cylinders that were moved with the help of nitrogen. once this barrier was finally overcome, there were sliding doors that opened and curtains made of barbed wire that had to be pulled up with winches to get inside. the stored material was additionally covered with a ceiling made of barbed wire rolls, which rested on the war equipment. if this had to be lifted, this was possible from the bunker as well as from the main building. to make life even more difficult for unpleasant guests, there was also a poison gas installation with irritant gas for the generators located on the ceiling. the control system for the activation of this device was located in the main building.

KÄPT´N KALLE pasted on a wall on the area 1

besides the nature that gradually appropriated the area, there were also people at this place who claimed space with spray cans and you can also find KÄPT´N KALLE at the walls. unfortunately, the quality of most of the sprayers is not particularly outstanding. but how is a beginner supposed to learn to spray if he is not allowed to practice in any place. so the visitor should be lenient when looking at the sprayed walls. even if such acts are often considered vandalism and a crime, this is by far not comparable to the crime of those who build, use or think about using such weapons.

sprayed wall in the administration building

another sprayed wall next to the administration building

graffiti on a wall at the administration building

a visit to the area is definitely worthwhile. thirteen information boards are located on this place, which were erected by an association that fights to ensure that the buildings are not dismantled but are preserved for memory. on these boards there is plenty of exciting information on the history of the area 1. you can read the information in german, english and french.
if you would like to visit the site but have not yet decided to do so, the following information may reassure you. the nuclear research centre in karlsruhe have found that there is no increased radioactivity on the site. however, herbicides have been used in large quantities against the plants in order to have a clear field of vision for better surveillance.
the place is a bit remote and not easy to find. there is a hiking trail leading to the site. you can also drive directly to the site, but it is officially not allowed. if you want to visit the site, here are the coordinates: 49°04'01.3N 7°40'03.0E
the hiking trail that lead past the site, is called the rumberg-steig. but you can also ask the friendly people in the region. all the locals should know the area 1. so feel free to ask if you´ve no idea how to find the way.