Dr B.R Ambedkar , The Hero of All 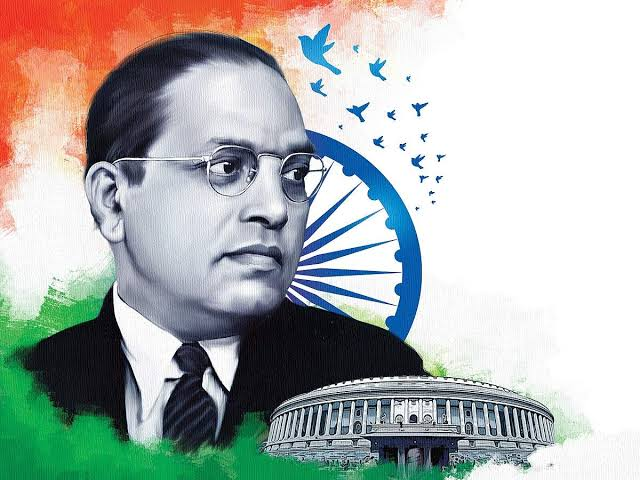 Do you know Dr B.R Ambedkar was really educated person , he was a economist , a politician , a jurist , Indian Scholar and as well as a Social Reformer.

India has seen a inequality problem based on various factors in every century.
And it is always easy to speak about these topics but Dr B.R Ambedkar was the person who actually worked hard and became a leader of the people who were discriminated based on caste , religion or gender and fought against those inequalities.

The Dalit Budhhist movement and campaigns against the social discrimination was Inspired by Br B.R Ambedkar only.
The Dalits , the women , the lower caste and untouchables they all see him as their hero because he was the one who was fighting for them.

He was also known as Babasaheb Ambedkar as well. The thing that made him fight against all these discrimination was that he himself was born in a Dalit family.
he also faced humiliation from the upper caste students studying in the same school as babasaheb Ambedkar.

Baba saheb Ambedkar was really intelligent. He pursued his higher studies from countries like Britain , US and germany.

Babasaheb Ambedkar also became the law minister of the government of India and he has played a major role in writing the Indian constitution.

A small question here...? Do you all think that a person who was so Intelligent and was so educated his created laws are being changed by the ruling party of India.
Think of it , and my opinion is that Babasaheb Ambedkar already gave a better model of consitution to us.

Anyways , As he played a major role in creating / writing the Indian Constitution he outlaw the discrimination against the untouchables.

He resigned from his post in the year in 1951 as he was dissappointed due to lack of influence in the assembly.
He converted to Buddhist in 1956 , October because of the Untouchability thing in Hinduism.

He also wrote a book known as The Buddha and His Dhamma where he wrote about lord buddha and buddhism.

Babasaheb Ambedkar died in New Delhi in the year 1956 , 6 December.
And India lost one of the great leaders , social reformer and the hero of poors.

That's all about the great Babasaheb Ambedkar. I hope this post was informative to all.