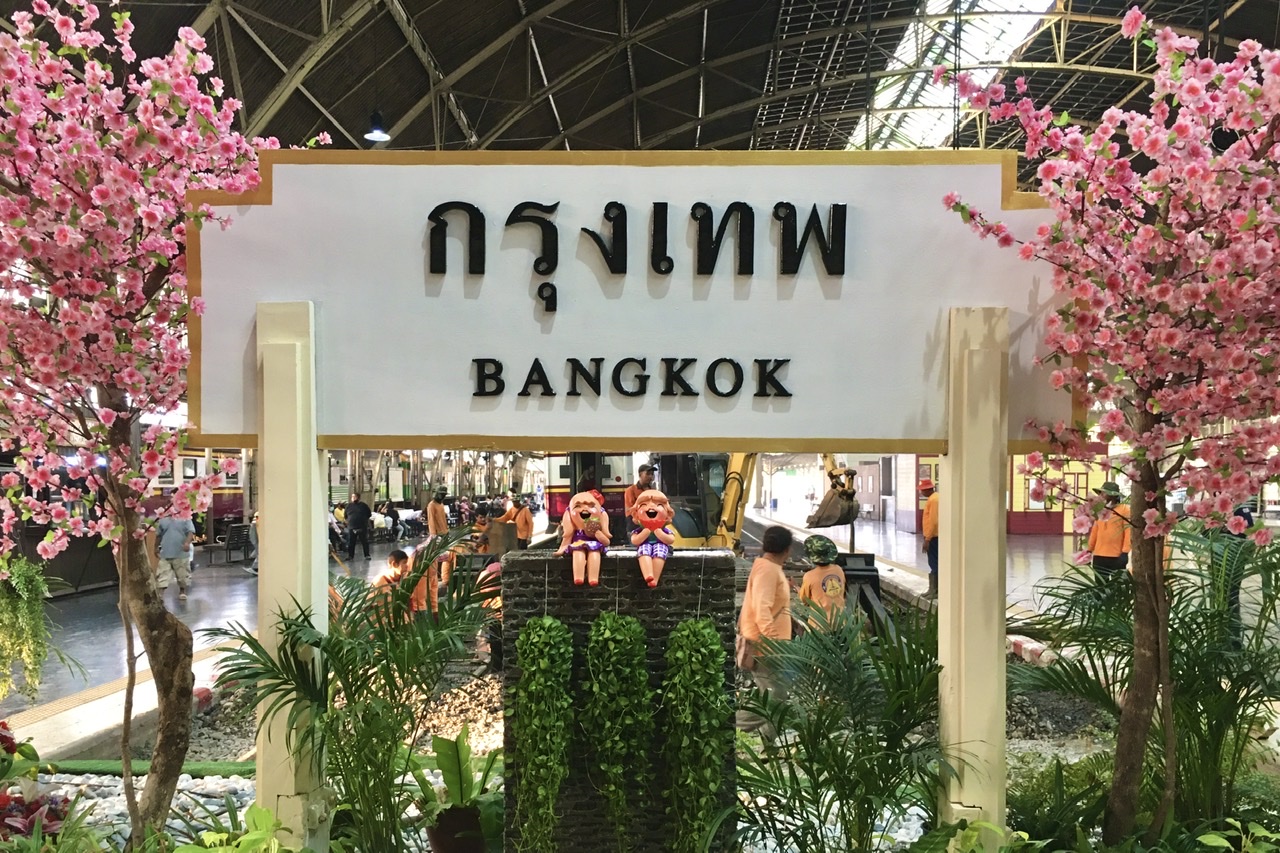 The main railway station in Bangkok is Hualamphong Station. Since the pandemic, all trains were stopped from running last year for two months. This year the trains have been reduced to less than 50% of total trains in normal service. This railway station was built in 1910, some 111 years ago!

The architecture is Italian renaissance style with marble imported from Italy. But the buildings and the front of the station had been influenced by the Frankfurt railway station in Germany.

The atmosphere is very quiet and lonely at the station. I have a brief walk around the platform taking photos as my souvenir. There are very few trains running each day and most people just stay at home. There are no foreign tour year nor local ones! I wonder what this would do to the economy as a whole later this year.

There are some workmen repairing the rail track. These are very hard working people who are the backbones of our economy. I do hope they get good compensation for their hard work. There’s too much corruption among politicians, civil servants and businessmen. This is very bad for the economy and society. Poor people would be made poorer because of corruption at all levels; these bad people suck money out of the economy into their pockets.

I like this old railway station very much and I hope that it would be protected and preserved without making changes. This place represents the long history of railway in Siam and the good old days of carefree joy and prosperity.

Hope that you could visit this railway one day. This is where you could get on trains for Chiengmai or to the full moon party on the islands In the south.

Have a nice weekend!