My favourite orange cats are so modest and humble. 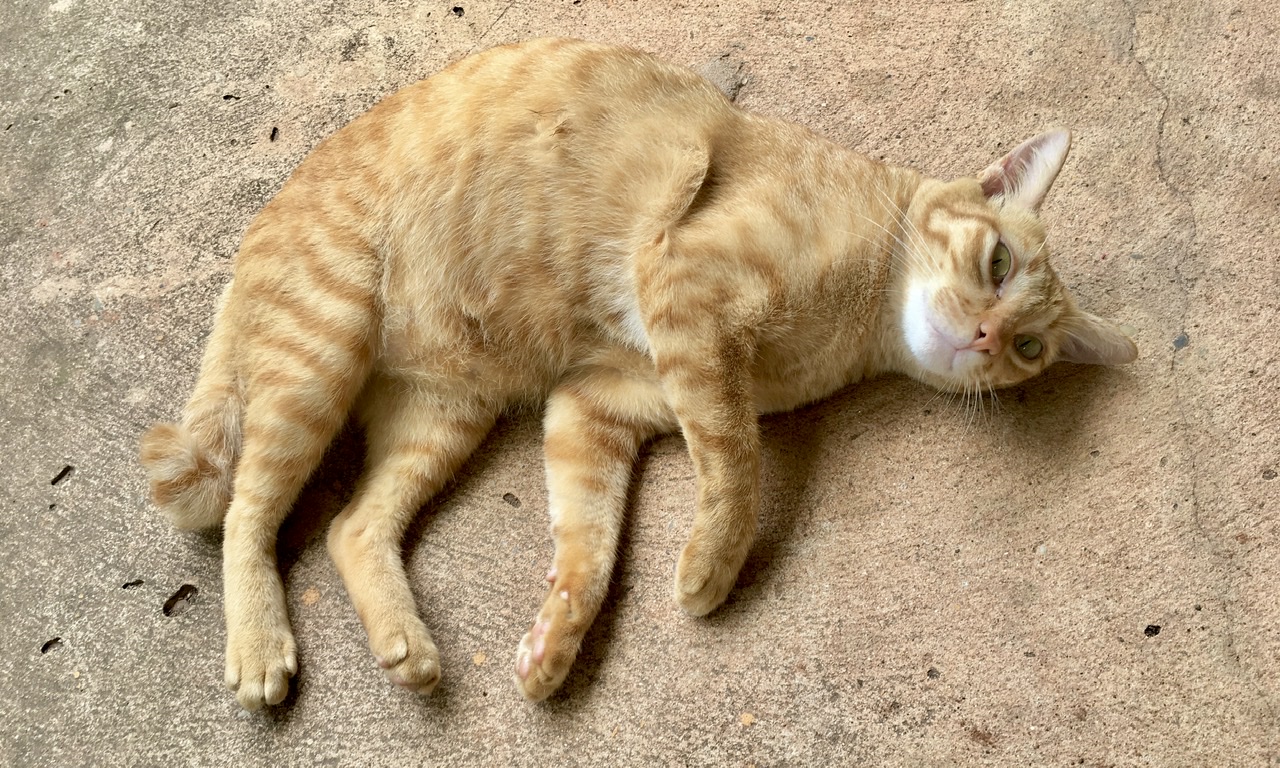 I have been learning a lot about cats. Since I adopted a young cat who was pregnant three years ago, my life is never the same any more.

It was a very nice experience to have six cats in one family in my house for almost a year. Then the neighbor’s dogs came to attack my cats in the garden when we were not at home. Those days were like having bad dreams as we lost two lovely kittens and later two cats.

Other misfortune happened to my cats after they were sprayed. One mother cat just left the house and never came back. The three kittens, after visiting the vet, came back with strange scent so the grandmother cat could not recognise them anymore. She just migrated to my another neighbours’ house and has been living there for two years now. She’s very well fed and adored by the owners of the house.

Now from six cats, I was left with four and now I have only two orange cats. My favourite white cat was attacked by stray dogs in the near by village. One of the villagers buried the dead cat; I showed him the photo of my cat. Life was quite a pain having to lose cats and kittens like that.

I hope that my two orange cats will be safe and living happily in my house for a long, long time . They could run very fast and climb tree very well. So, I keep telling them to go on the tree whenever they see stray dogs in the area. I always keep a look out for my cars whenever I took them out for a walk and a run in the banana grove.

they look so sweet and lovable together!!

Hi! Thank you very much. They are brother and sister.

Hi! Thanks so much.
Hope you are very well.